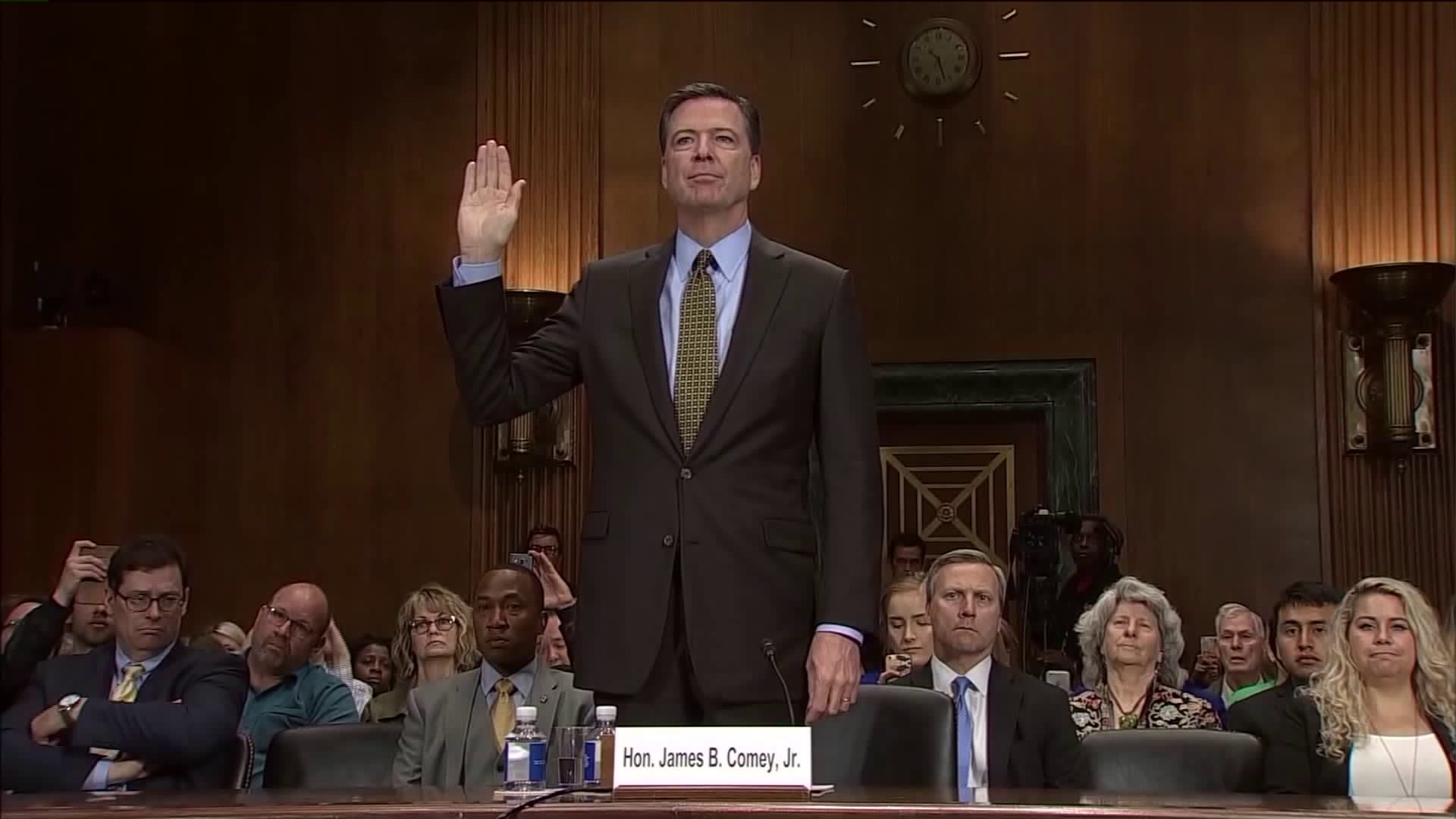 MANHATTAN — The fallout from President Donald Trump's abrupt firing of former FBI Director James Comey continued on Wednesday with some Democratic U.S. Representatives from the city sharing their verbal jabs in Lower Manhattan, "He is the swamp. You can't drain the swamp, if you are the swamp," said U.S Rep. Gregory Meeks.

The candid and coordinated reaction was directed at an administration that has not garnered any respect from Democrats since coming into office, "Well Donald Trump, you wear no clothes. As the Commander in Tweet, we know what you mean," said U.S. Rep. Yvette Clarke out of Brooklyn.

The members of the house spoke within earshot of federal law enforcement offices at Foley Square. They did so to characterize the dismissal of Comey, a Yonkers native who Democrats were critical of last fall for making public an investigation into Hillary Clinton days before the election.

However, now they question as to if he was fired over the investigation into Russian influence in the Trump campaign, "Something is trying to be covered up, so timing of this firing is what is very, very puzzling given the totality of the circumstances," said U.S. Representative Meeks.

Now as the congressional delegation was questioning this latest controversial chapter in the Trump administration, one labeled Nixonian by some, the President himself met with President Richard Nixon's former Secretary of State Henry Kissinger at the White House on Wednesday.

The President also met with the Russian Foreign Minister earlier in morning. All this as questions swirl about the future of the investigation.

U.S. Rep. Hakeem Jeffries, who is calling for an independent investigator or commission to pick up where Comey left off, had one message to his colleagues across the aisle, "It's time for Republicans throughout the country, including Speaker Paul Ryan to put country ahead of party."

However White House Deputy Press Secretary Sarah Huckabee Sanders said during the daily press briefing that if the other party done the firing, the rhetoric would have been different, "If Hillary Clinton had won the election -- which thank God she didn't -- but if she had and she had been in the same position, she would have fired Comey immediately," said Sanders who then added, "and the very Democrats that are criticizing the president today would be dancing in the streets celebrating. So I think it's the purest form of hypocrisy."