Diamond rings: How much are they really worth? 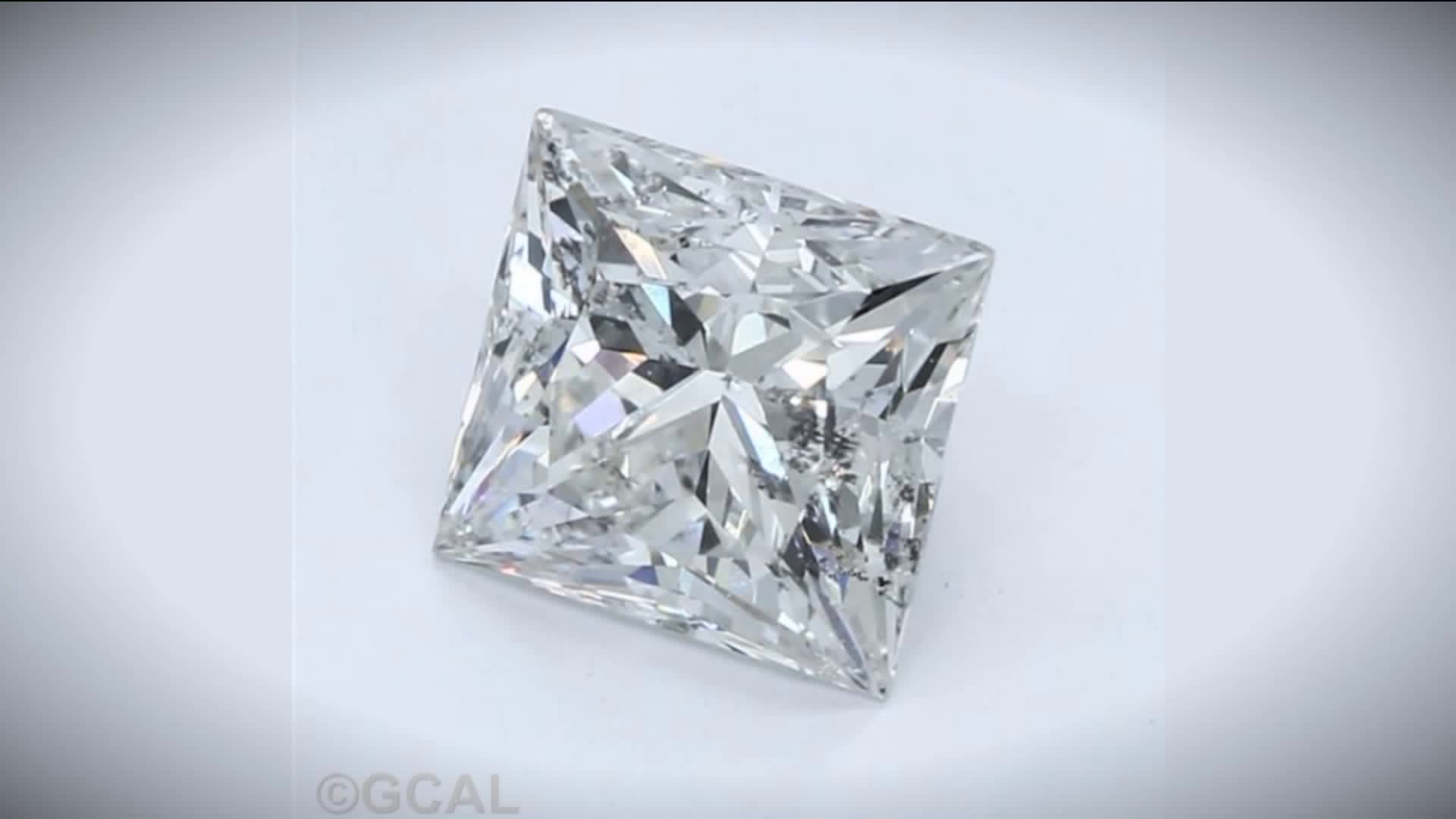 STATEN ISLAND, N.Y. — Kay Jewelers is one of the largest retail jewelry chains in the country. They advertise heavily.

"You see the commercials. Every kiss begins with Kay," said Brandon Lewis, a steamfitter from Staten Island. "I thought it was the right place to go."

Brandon bought an engagement ring at Kay Jewelers in the Staten Island Mall a year and a half ago. He said the store manager, who sold him the ring, assured him the center diamond, weighing almost one carat, was high quality at a low price.

The total cost of the ring, including the setting and surrounding diamonds, was $9,002. At the time of purchase, the store manager gave Brandon a Report of Authenticity prepared for Kay Jewelers by Gemological Science International, GSI. It describes the center stone and grades it for clarity and color, among other things.

Recently, after Brandon and his fiancée called off their engagement, he went back to the same Kay Jewelers store and asked for a refund. The manager refused, since it was long past Kay’s 30-day refund limit. So Brandon decided to have the ring appraised elsewhere, hoping to sell it. He remembered what the Kay manager said: "He told me it was going to appraise for what I paid, if not more."

Unfortunately, that is not what three different appraisers said.

Brandon contacted What a Shame at PIX11 and we brought the ring to Donald Palmieri, founder of GCAL, Gem Certification and Assurance Lab.

Certified as a Master Gemological Appraiser, he was recommend to us by the Jewelers Vigilance Committee. Palmieri examined the center diamond after removing it from its setting. His findings are markedly different than what’s listed on the report Kay Jewelers gave Brandon.

That report gives the center diamond a clarity grade of “SI2.” Palmieri said that’s too high because of the many imperfections in the diamond, called inclusions.

When magnified, they look like scratch marks. Hei graded the clarity “I1.”

“There’s a material difference between an I1 and SI2,” he said, “about 30 percent in value."

The diamond’s color is another important characteristic in determining the stone’s value. Palmieri gives the color an “I,” two grades lower than the Report of Authenticity Brandon received from Kay. Palmieri concluded “there was misrepresentation of the diamond” and says the center stone is worth at retail about $3,200.

Brandon was charged double that amount. The two other appraisers Brandon went to also graded the clarity and color lower than Kay. Brandon then took the three appraisals and returned to the store. The manager asked, “Who’s to say that these guys are right?”

This is a problem for anyone buying gems.

There are wholesale, retail and appraisal prices. If you want to sell, you can only get what the market is willing to pay. So buyers should be skeptical of numbers tossed about by any seller.

Meanwhile, PIX11 contacted GSI, which prepared the Report of Authenticity for Kay Jewelers.

The company’s co-founder, Debbie Azar, issued a statement saying, “Gemological Science International (GSI) is one of the largest gemological organizations in the world with 11 offices across the globe. GSI is an independent laboratory which combines state of the art technology with professional expertise. We are not familiar with the issues this specific consumer has raised and cannot comment on those. That said, we stand behind our grading reports and the grades we issue. Our gemologists are experienced professionals...using detailed procedures for grading diamonds.”

Fortunately, this story has a happy ending. We called Kay Jewelers' corporate headquarters.

While no one there would answer our questions about the differing appraisals, they did agree to investigate Brandon Lewis’ case.

Before long, he got a call saying the company had agreed to give him a complete refund. On Tuesday, he received the check.

If you need help or have a story idea, email whatashame@pix11.com.