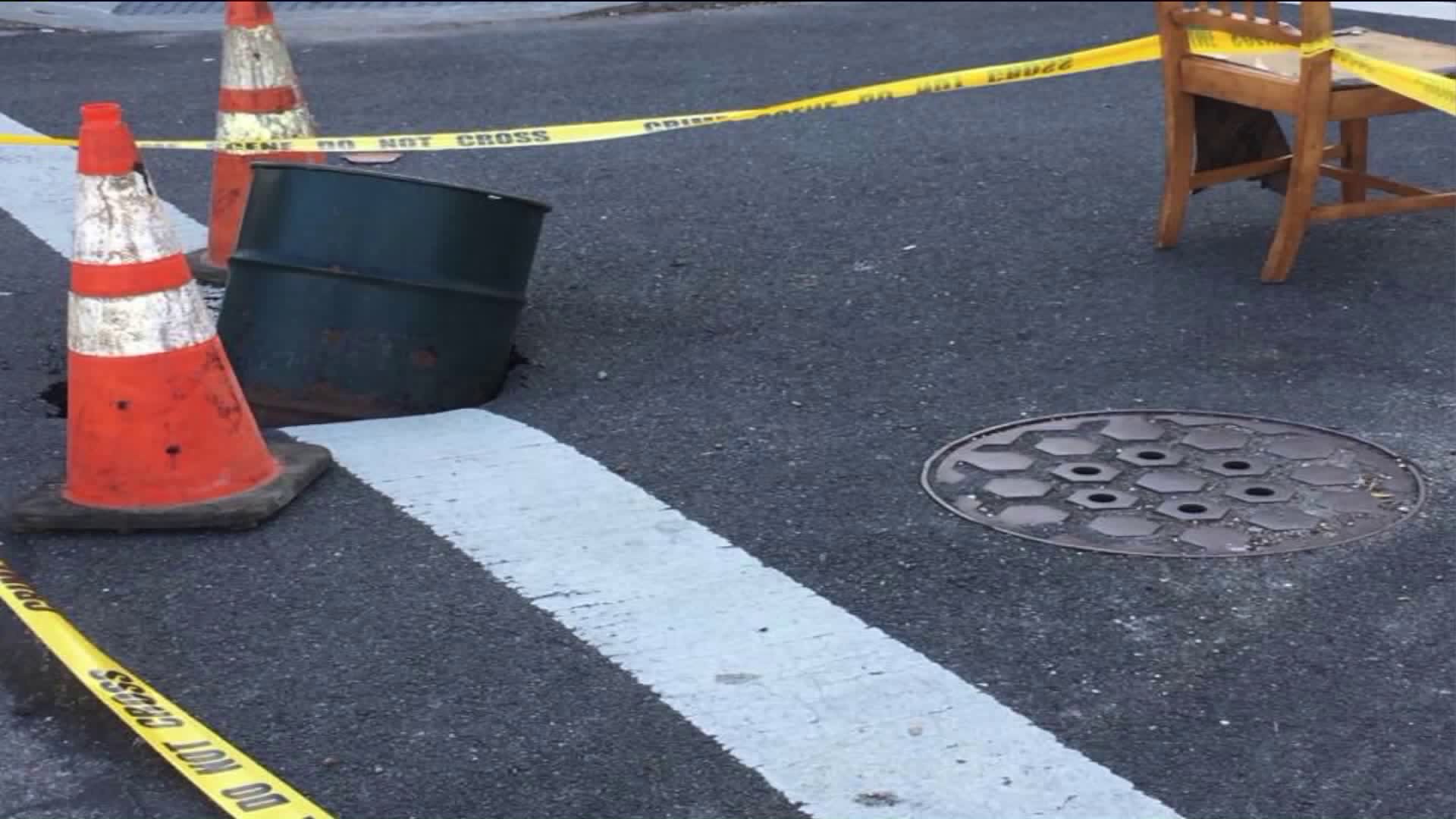 It`s on the corner of 22nd Road and 21st Street in Queens. There are multiple reports to 311 and the NYC Department of Envinronmental Protection has been out to inspect it.

Watch out at the corner of 22nd Road and 21st Street in Astoria, Queens.

Neighbors have been walking and driving around a street cave-in. They've also been creating their own barricades to make sure no one falls in the hole.

In mid-April, a car ended up in the hole. Jim Poulos has been documenting the condition on his Facebook page.

Neighbors have called 311 and the NYC Department of Environmental Protection has inspected the area. It requires more than a patch job.

Plans are being finalized to make repairs to the structure of the intersection.