2 bodies found in Central Park waters in 2 days, but it’s not stopping visitors 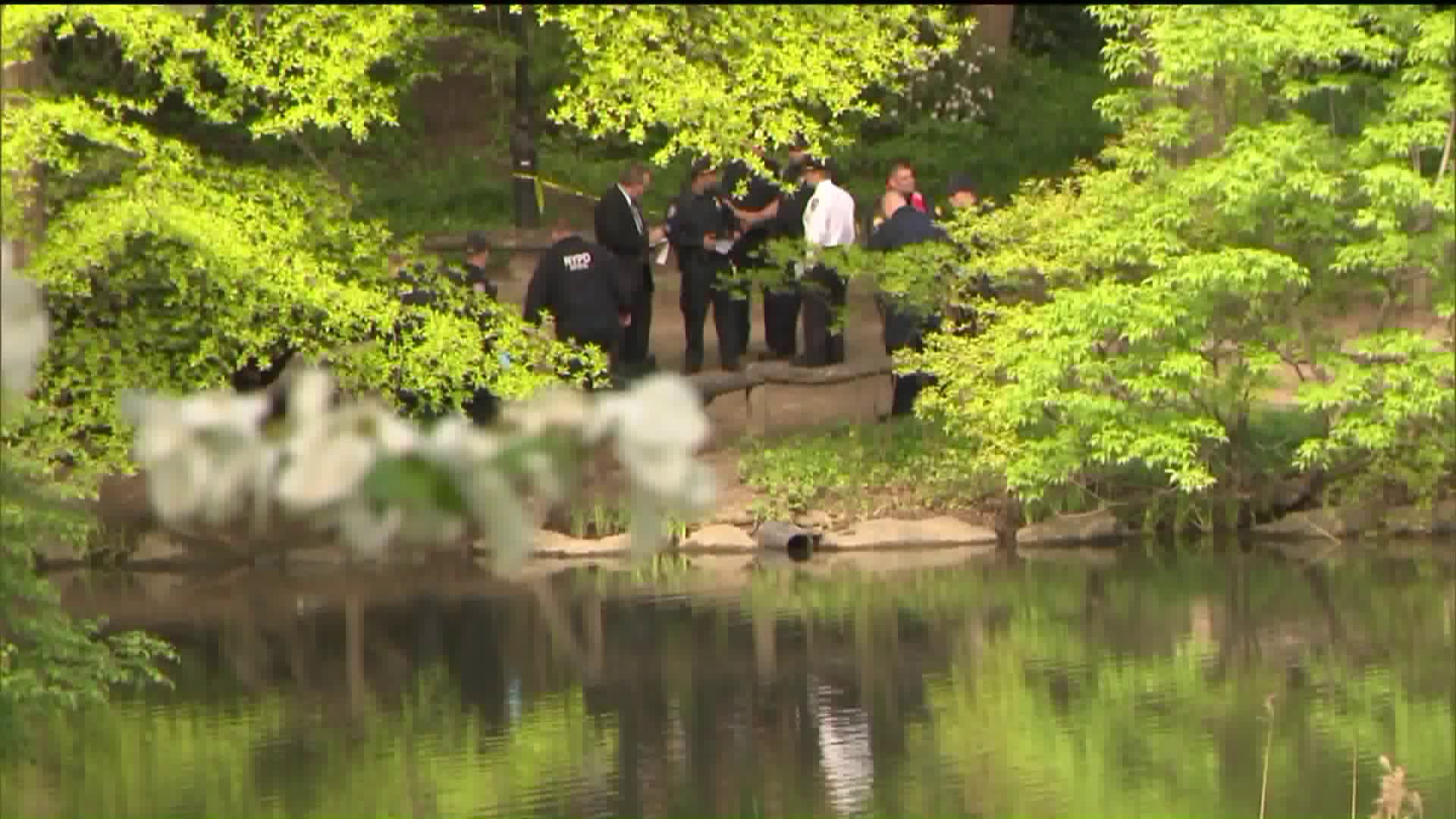 A body was found in the pond at Central Park Wednesday morning, the second time in as many days that a corpse was found floating in a body of water at the park, police said.

CENTRAL PARK — In two days, two different bodies have turned up in Central Park waterways. That in itself is a disturbing development, but considering that the park is the lowest crime precinct in all of New York City, it's that much more unexpected and tragic.

"It is unusual for this park," said NYPD Chief of Detectives Robert Boyce at a news conference near the scene of the second grisly find, at The Pond, which is also known as Swan Lake, at the park's southeast corner.

"We have to go back a couple years," Boyce continued, "actually, two years, to find another body recovered from the water of Central Park."

Boyce said that there was no sign of trauma to either of the recovered bodies.

"There's no criminality right now," he said. "Nothing to say it's more than just a coincidence."

The body found on Wednesday morning around 7:20 was that of a man in his 30s. His body had been submerged one to two weeks, according to detectives. The body found on Tuesday was a man also. He was in his 20s, investigators said, and his body had been underwater in the Jacqueline Kennedy Onassis Reservoir, about a mile-and-a-half north, for at least a month.

That length of time, combined with the current in the water at the reservoir, Boyce said, left the body badly decomposed. As a result, identification of the body could only be done by the medical examiner, if at all. It's virtually impossible to get fingerprints from the corpse, Boyce said.

Conversely, he said, the body found Wednesday has been identified because the man's identification "was in his pocket," according to the chief of detectives. The NYPD is not releasing identification at this time.

"It's a very sad thing," said a passing tourist from San Diego, who did not want to give her name.

Reactions to the situation were emotional among both tourists and locals.

"I guess it's shocking," said Michael Papkowich, who works near the park. "I come to the park all the time," he said, adding, "[It's a] small body of water, but I guess it's kind of strange."

But when asked if the twin cases of floating bodies would affect his routine of visiting the park, Papkowich made clear that he had no plans to change.

Another tourist, who'd come from the West Coast to enjoy the park said that two dead bodies for which there was no apparent sign of criminal wrongdoing was not going to deter her.

"It doesn't change anything for me," said Thomas Porteous, a tourist from Scotland who'd spent the morning walking in the park with friends. "New York is still a very safe city," he told PIX11 News, "and I feel very safe in Manhattan."