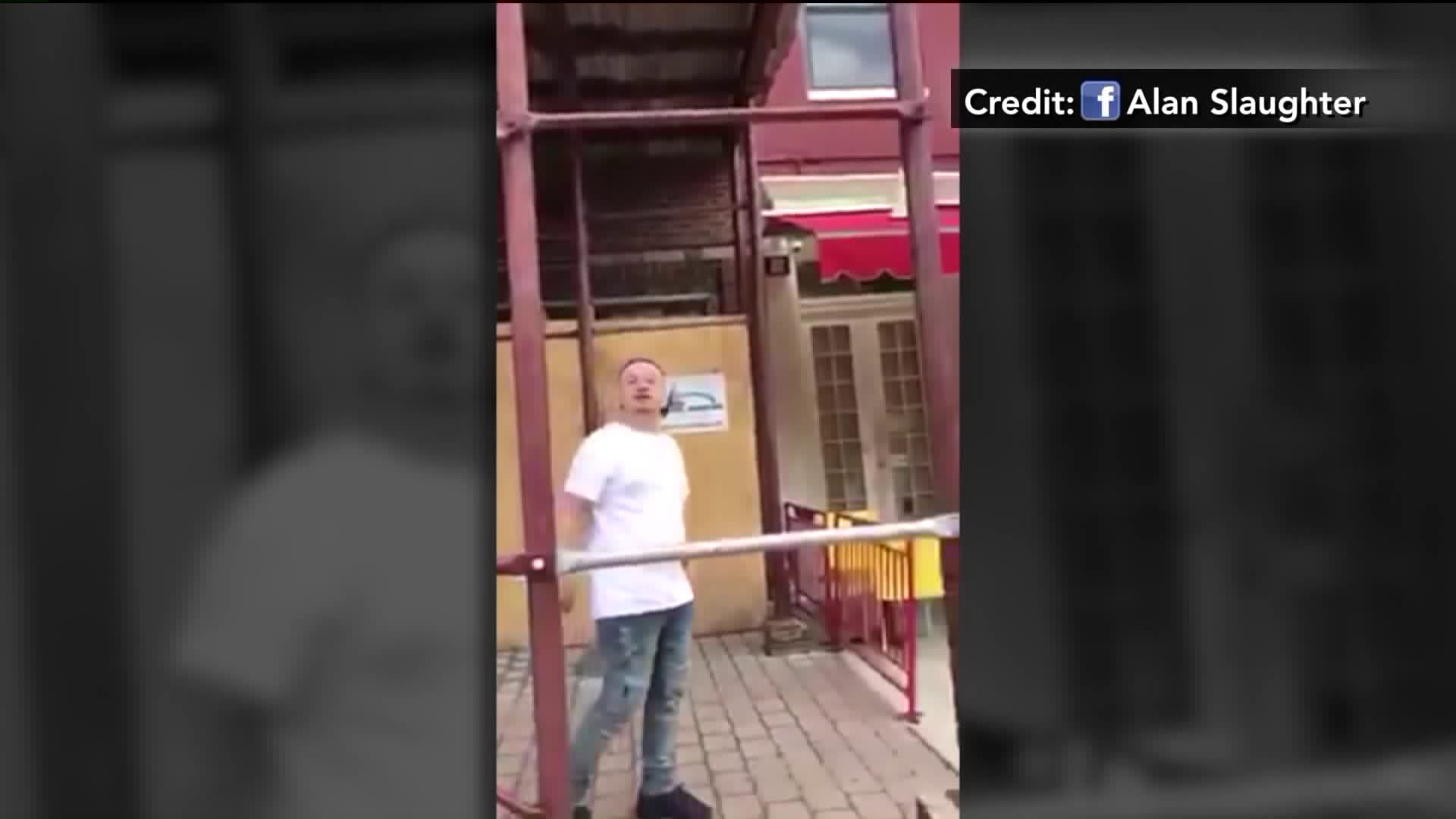 The video is sparking outrage in Hoboken.

HOBOKEN, N.J. — Crude insults and anti-immigrant rhetoric were hurled at a couple after an argument escalated involving a vape business that operates out of a van in downtown Hoboken.

A couple, who is Latino, was walking Saturday afternoon on Washington Street in Hoboken, New Jersey, when an argument escalated with an employee of 9th Cloud Vape Van, which sells e-cigarette supplies in downtown Hoboken.

Video of the encounter was posted the same day to Facebook and has been seen more than 173,000 times as of Tuesday afternoon.

In it, a man who works for the Vape Van yelled, "Go back to your country, you immy," and repeated the word "Trump" with a racial slur.

The footage prompted backlash that was strong and swift, from social media to City Hall.

Hoboken Mayor Dawn Zimmer was "extremely disturbed" by the video.

"We are a city of immigrants. That’s our history and that’s our foundation," Zimmer said. "In fact my mother in law came as an immigrant from Austria as a holocaust survivor."

The Vape Van’s owners confirmed the exchange took place and involved one of their employees, and issued an apology on Instagram. The business said the entire exchange lasted about 10 minutes, though the video posted online shows the final 2 minutes.

"We sincerely apologize to all and anyone who is a part of the family, and to all who may have found our actions offensive. This public statement is in no way a justification for any of our actions," the business said in its apology.

"We are taking full responsibility for this situation and will act in any way possible to assure anything like this does not happen again."

The van was not parked on Washington Street when PIX11 News visited the area Monday afternoon.

City councilman Ravinder Bhalla is pushing to get the Vape Van’s license revoked.

Bhalla said he wants to turn the Facebook video into a unifying and teachable moment, and hopes that launching an initiative called Hoboken Against Bigotry -- in which businesses display decals denouncing bigotry -- will send positive messages of acceptance to the community.

The target of the tirade's daughter echoed that sentiment.

Leidy Gutierrez, in a statement to PIX11 News, said she wants the video to be "an example to speak up and report these incidents without fear of any recrimination. Hate speech and hate crimes hurt the entire community, not just the victims.”

She also urged the community to "speak up. If we don’t take action, hate will persist."