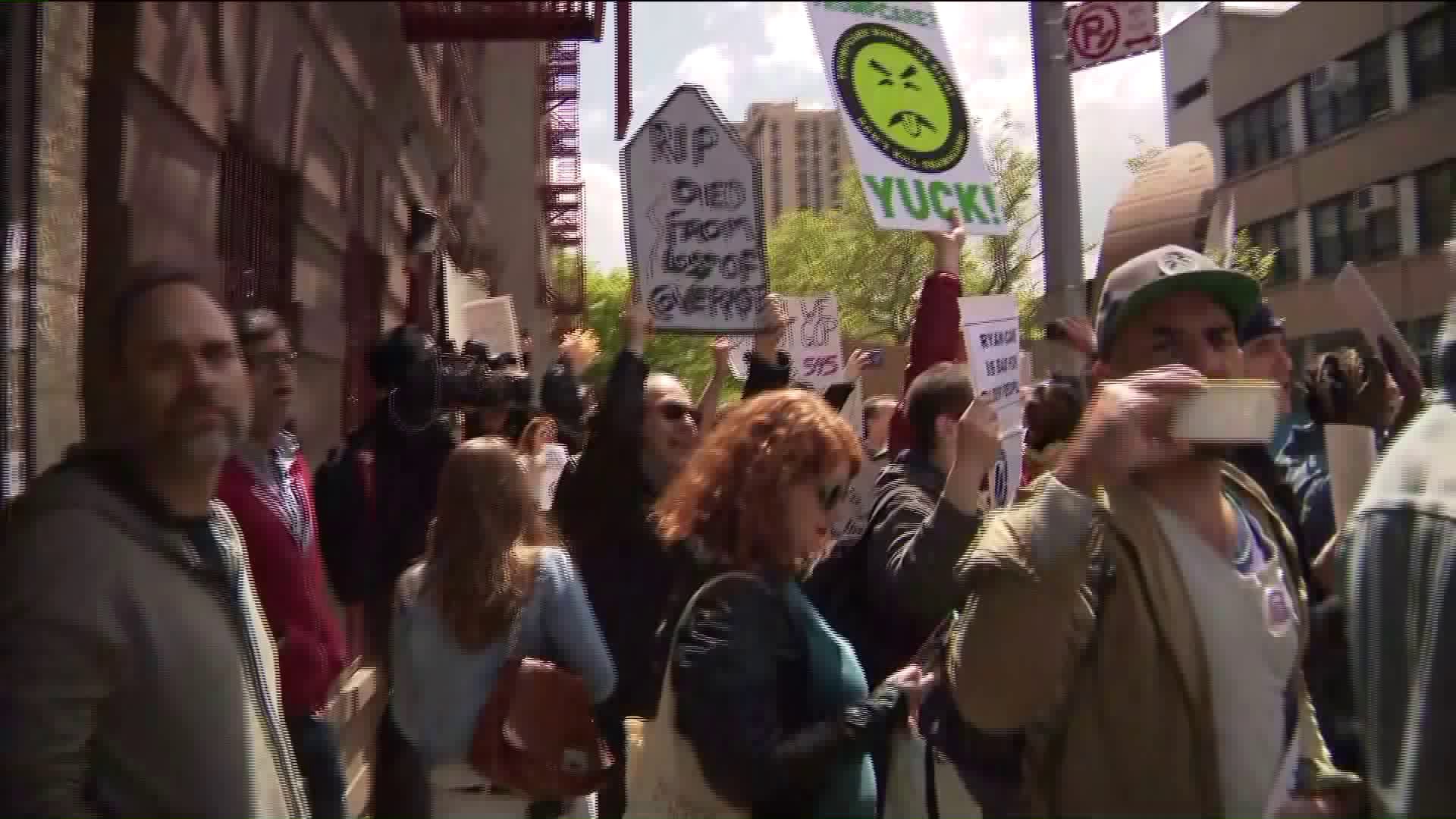 The crowd chanted `shame` as the House speaker entered the Harlem Success Academy.

HARLEM — Speaker of House Paul Ryan got a frosty welcome from New Yorkers this afternoon in Harlem.

Ryan was met by protestors who booed him as he visited Success Academy charter school.

The Wisconsin Republican’s visit brought the debate over public versus charter schools into the spotlight once again. Ryan has been an outspoken proponent of charter schools.

West 118th Street between Lenox Avenue and Fifth Avenue the street where the front of the school is located, was closed off. The street was lined with throngs of protestors.

Protestors started lining up at 11 am. Ryan did not arrive till hours later, at 2 p.m. A car carrying Ryan pulled up in front of the school and he quickly walked out and into the building.

The House speaker was invited by Eva Moskowitz, founded of Success Academy charter schools. In February, First Daughter and presidential advisor, Ivanka Trump also visited the same school. At one point, Moskowitz was on the short list to become U.S. Education Secretary.

The Harlem school is one of 41 Success Academy charter schools across all boroughs except Staten Island. 14,000 students are enrolled. The current waiting list to get into a charter school is over 10,000 families.

Privately-run but publicly funded and often sharing space with public schools, the concept of charter schools has been polarizing. Supporters point to teaching methods that have consistently raised test scores. Critics say their model is based on weeding out struggling students.

Success Academy in Harlem is housed in the same building as a public school in the district.

“If Paul Ryan really cared about public education he would visit not just a charter school but a public school as well. He’s not visiting the other side of the building, which is very unfortunate. You can see from all the protestors, he’s not welcome here in New York,” said Public Advocate Letitia James.

“They take space reserved for public schools, they take over buildings, they take over resources and that money should be funneled back to make education equality for all,” said Alyssa Gutierrez.

Gutierrez is the parent of a special needs child in public school. “The fact that you would strip money from our most vulnerable population is egregious. They say they accept everyone under a lottery system, but they push kids with special needs out, they brandish kids with behavioral issues as problematic,” adds Gutierrez.

“Make charter schools accessible, they are not accessible to children with disabilities so how is that equal,” asked Liliete Lopez, with the Center for Independence of the Disabled in New York.

The schools have faced numerous controversies. For instance, in 2015, a Success Academy principal in Fort Greene, Brooklyn came under fire for creating a list of students he wanted out, titling it the "Got to Go " list.

Last year, another teacher was caught on video yelling at and berating a first grader and ripping up the child’s homework.

Ryan's visit inside success academy lasted just over an hour.