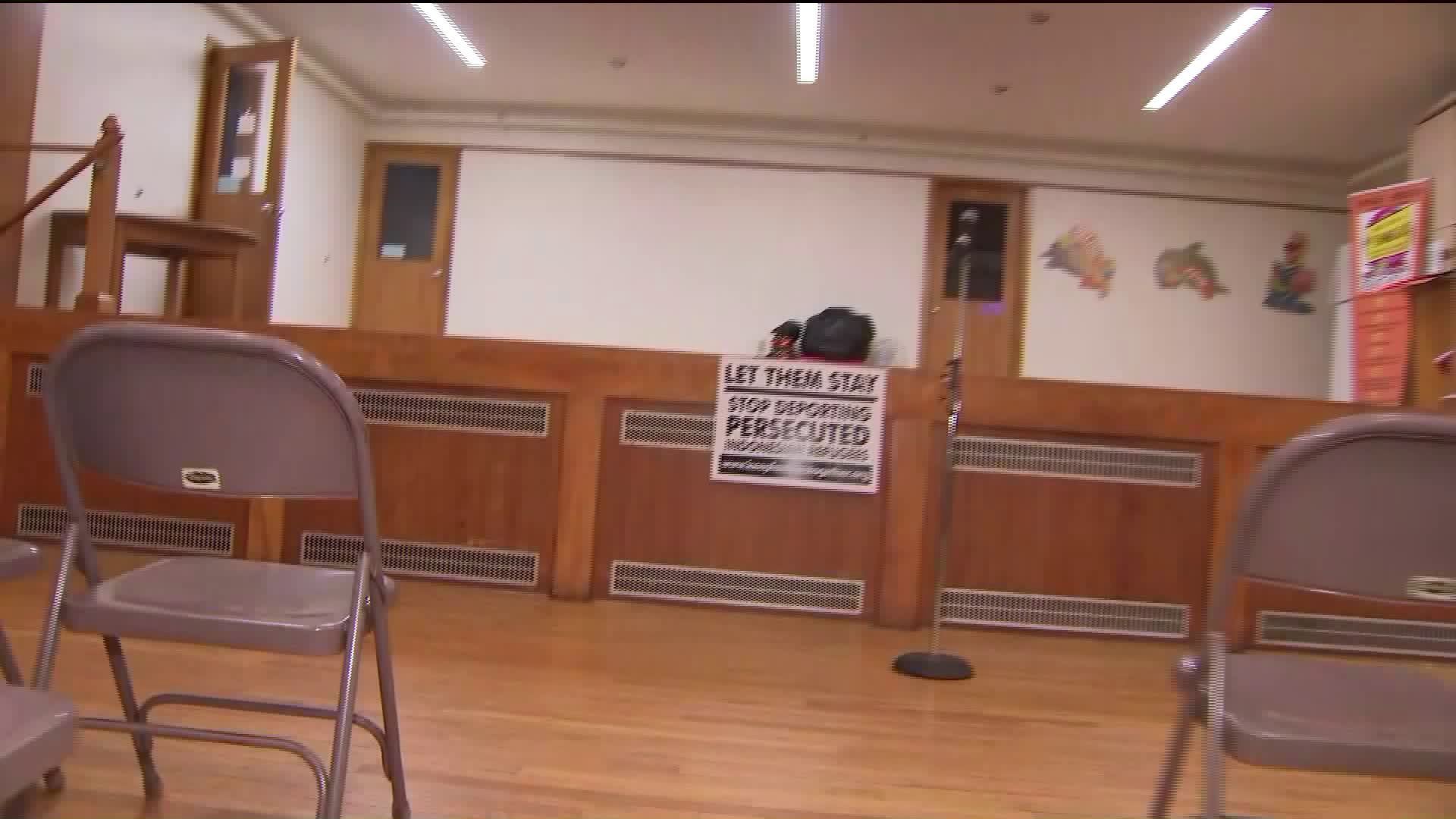 Four Indonesian refugees, who fled their countriy in the 1990s, were detained during their routine federal Immigration Office check ins.

HIGHLAND PARK, N.J. –– An Indonesian refugee was trying her best to sing through her sorrow but the pain of what happened Monday was just too much.

Four of her friends, also Indonesian refugees who fled their country in the 1990s, were detained during their routine immigration office check-ins.

An Indonesian community protected by leaders and members of the Reformed Church of Highland Park, New Jersey, watched as these four men, ranging in age from 48 to 65 years old, traveled to Newark for their routine check-ins.

But this did not unfold the way it has for the past four years — and they were held at a nearby detention center.

In PIX11's reporting on the Trump administration's interpretation of how to effectively enforce immigration policy, we consistently return to the two fundamental questions on either side of this debate.

In Trump's America, should an immigrant’s undocumented status be reason enough to start the deportation process against them as argued by many of his supporters? Or should undocumented immigrants be allowed to stay in the US?

John, another Indonesian refugee, and friend of the four detained men knows his answer.

"We cannot smoke, we cannot drink," John said. "We are not criminal. We not steal. We work and when we work -- we pay tax."