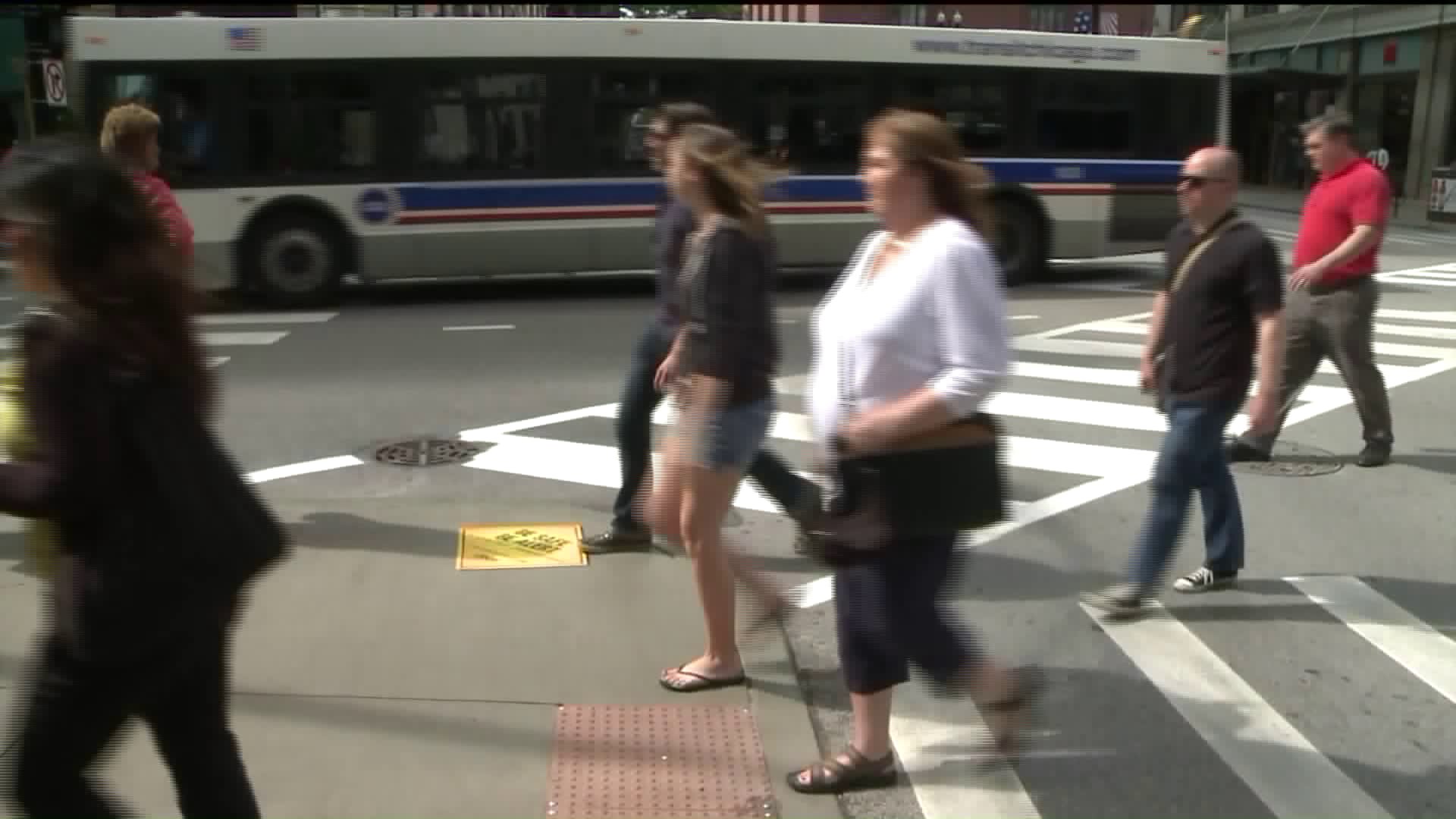 The city council wants to explore installing them at the city`s 25 busiest and most dangerous intersections.

MANHATTAN –– What's a scramble you ask? It's also known as Barnes Dance and it could be coming to an intersection near you.

Henry Barnes was the traffic engineer who championed special intersections back in the 1940s in the United States, and here in New York City.

It's basically a total car traffic stop, and a complete pedestrian go. An “all-ways” crossing signal, including walking on the diagonal. And it could be happening soon in in New York to help achieve Vision Zero by 2024: the elimination of all pedestrian deaths. But it's not without controversy.

When they were used in the U.S., many cities, including New York, scrapped them for showing negligible improvement for pedestrian crossing times and causing massive gridlock. The problem is one in four pedestrian injuries or deaths involves someone walking in a crosswalk, with the walk signal. By stopping the flow of traffic in all directions, it makes the intersection safer. It's already being used across the nation, and globe.

From Chicago to LA, Tokyo to London, it gives pedestrians, sometimes thousands of them at a time, the chance to cross with no cars to cause accidents.

And now the New York City Council is ready to vote on funding a Department of Transportation study. They've been used in the past in the US, including here in NYC, going back to the '40s but were scrapped over time as studies showed negligible improvement for pedestrians and causing massive gridlock. It's raising a lot of questions.

The city council wants to explore installing them at the city’s 25 busiest and most dangerous intersections.