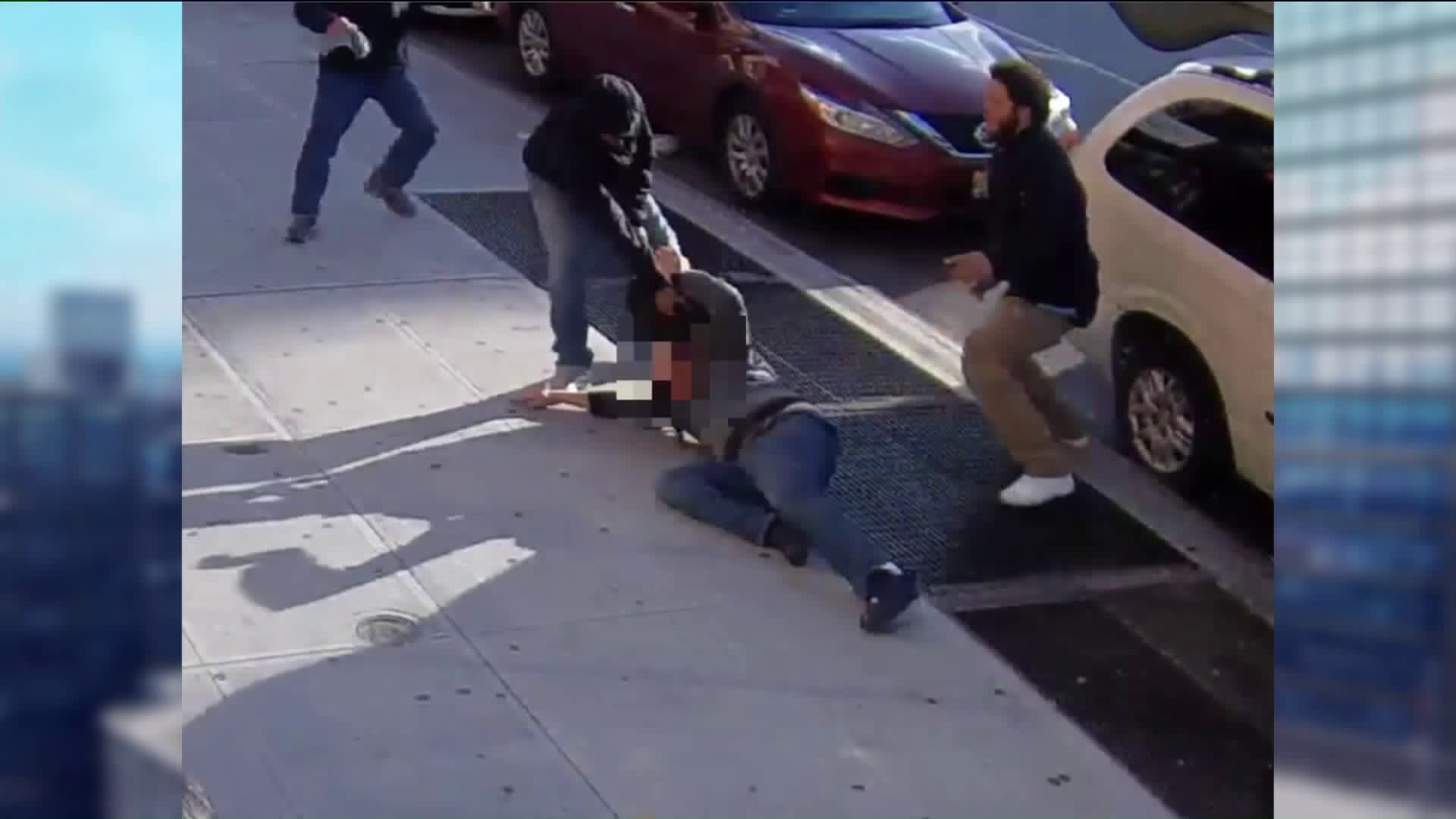 Outside a thrift store, there was an attempted robbery of a backpack which contained $20,000 in cash.

KINGSBRIDGE, The Bronx — It's a violent crime whose intensity was fully captured on surveillance video. What is also clearly seen in the video are the perpetrators.

That's why it's expected soon that the identities will be known of the two men who tried to steal a backpack holding thousands in cash, but who made off with nothing, thanks to the steadfastness of their victim, some quick action by his co-worker and the weight of the backpack's other contents.

Surveillance video released Tuesday by the NYPD shows two men grab the other man's backpack by the straps, and use them to slam their victim down on the sidewalk, then drag him to get the backpack away.

"I don't want to [go to] work," said Daniel Salas, 34, the man who got thrown and dragged around 6:20 p.m. last Saturday evening. "I don't want to work in the transaction area in front of the store," he told PIX11 News about his fear in the wake of the incident.

It was right in front of the pawn shop where Salas works, near the intersection of 192nd Street and Grand Concourse, that the harmful encounter took place.

"It was right outside the funeral home [next door]," said Salas. "There were 20 to 25 people out there in front of the funeral home smoking" and standing, as well as "five employees [of the pawn shop], and they still went ahead with this," Salas said. "It's scary."

He'd just closed up at the pawn shop where he works, when the attack happened. Salas was wearing a backpack that contained the day's receipts -- about $21,000 cash.

The shop's high resolution cameras that record from various angles clearly captured images of the two assailants. The victim, and detectives, are convinced the men themselves will be captured soon as well.

"Call the police and let's set this straight," said Salas, in a message to his attackers.

The reason they weren't able to run away with his backpack was that, in addition to the cash, it contained a heavy-duty -- and heavy -- laptop computer.

Its bulk prevented a fast escape, as did the owner of the pawn shop, Darren Wu. He was standing next to Salas when the men struck. We was able to grab the backpack back when the two men grabbed it.

The suspects fled, but their victim has a message for them. "Just try to change," he said. "Be a better person, and love God."