19-year-old shot in the face near school in Dyker Heights: NYPD 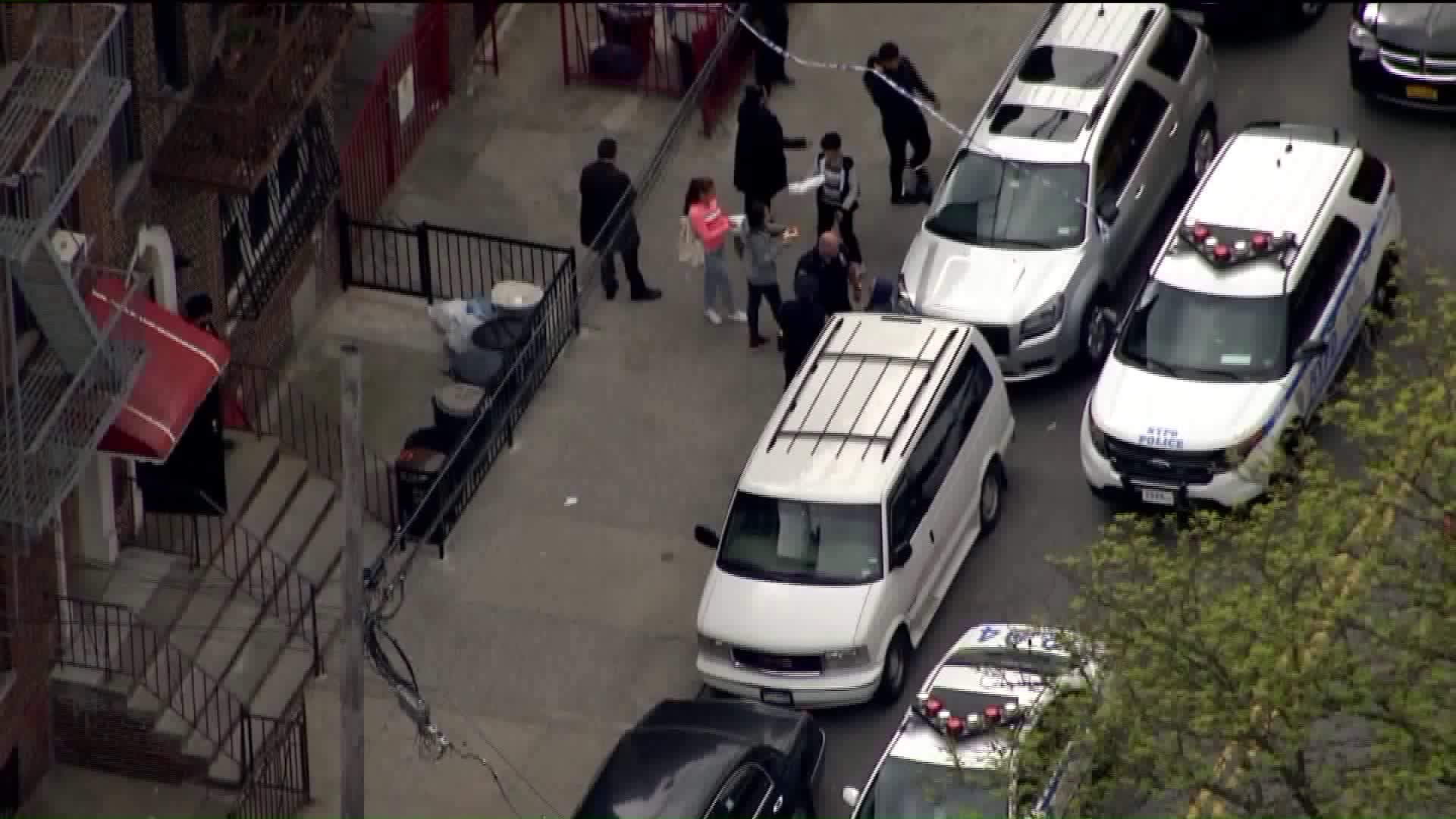 Police sources say the victim was shot in the cheek and called police himself.

DYKER HEIGHTS, Brooklyn — A 19-year-old was rushed to the hospital in serious condition after being shot in the face Tuesday afternoon, police say.

It happened around 2 p.m. at 1238 Bay Ridge Ave. in the Dyker Heights section of Brooklyn — across the street from PS 176.

Police sources say the victim was shot in his cheek on the third floor of the building. He then called police to say he had been shot.

The man, who has not been identified, was transported to a local hospital with serious injuries.

Two suspects were located in Fei Long Supermarket on Eighth Avenue and a gun was recovered.

No one else was injured.

The scene on Bay Ridge Avenue in Dyker Heights where a 19-year-old was shot in the face. (AIR11)