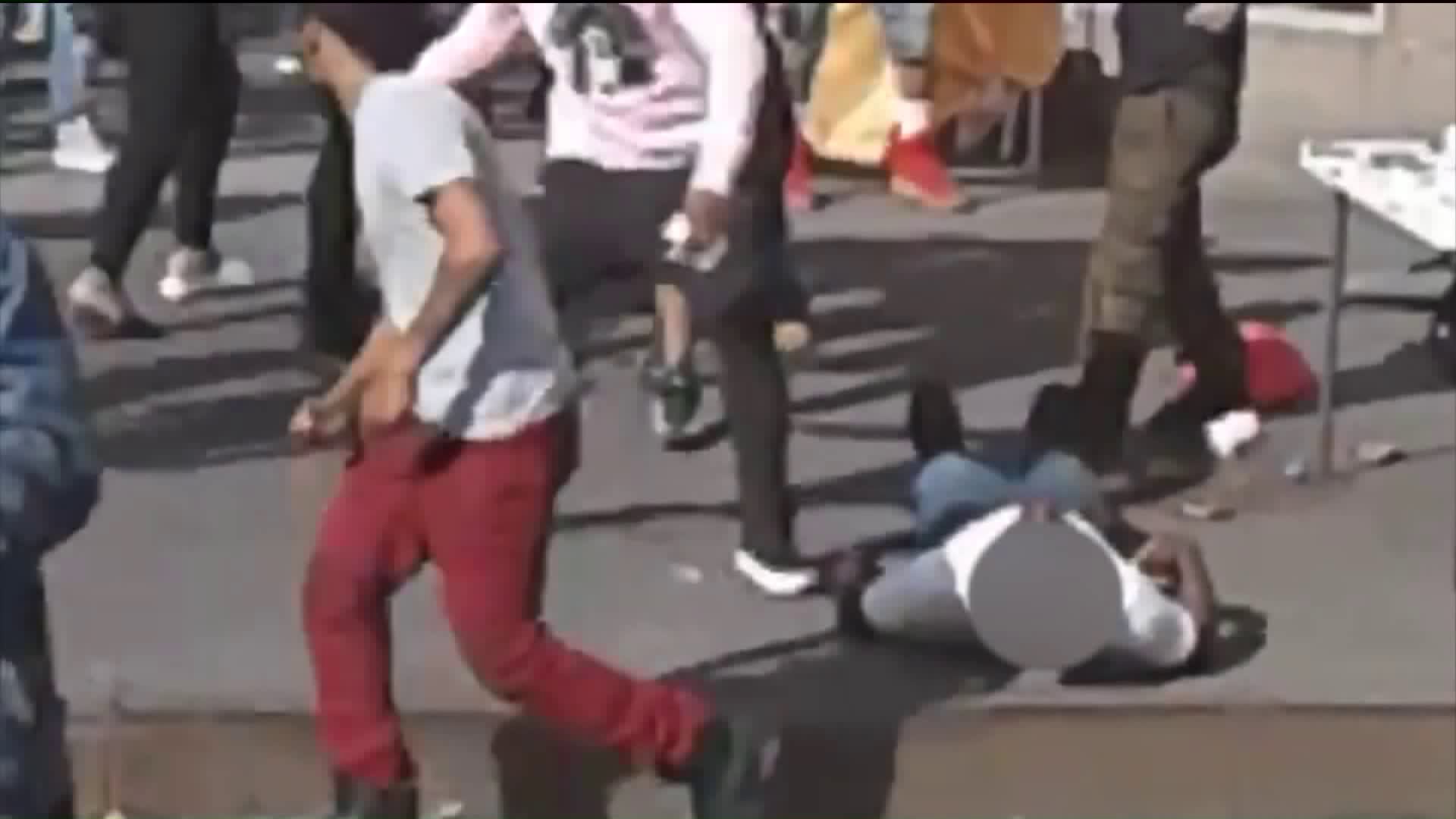 The suspects are still at large in the street-vendor beatdown. Cops want you to take a good look at this video.

MELROSE, the Bronx –– Police on Monday have taken one of the five men into custody in connection with a group beating of a Bronx street vendor that left him with a fractured skull last week.

Police have not released the name of the detained attacker nor pending charges.

This comes hours after an earlier community rally Monday morning at the site of the May 4th assault, where other street vendors voiced their support for the victim, identified as Souleymane Porgo.

Police said five men in their 20s went up to the 53-year-old vendor at about 5 p.m. on May 4th near East 149th Street and Third Avenue and punched him in the head and face numerous times. Surveillance video showed the men continue to hit the victim as he fell to the ground. The culprits then walked away southbound on Third Avenue.

The victim suffered a fractured skull and bleeding from the brain, police said. He was taken to a hospital in critical condition.

Since the beatdown, members of the Street Vendor Project have been raising money for Porgo, who has two young daughters and a wife, according to a GoFundMe page created in his name. So far, they've raised more than $23,000 as of early Tuesday.