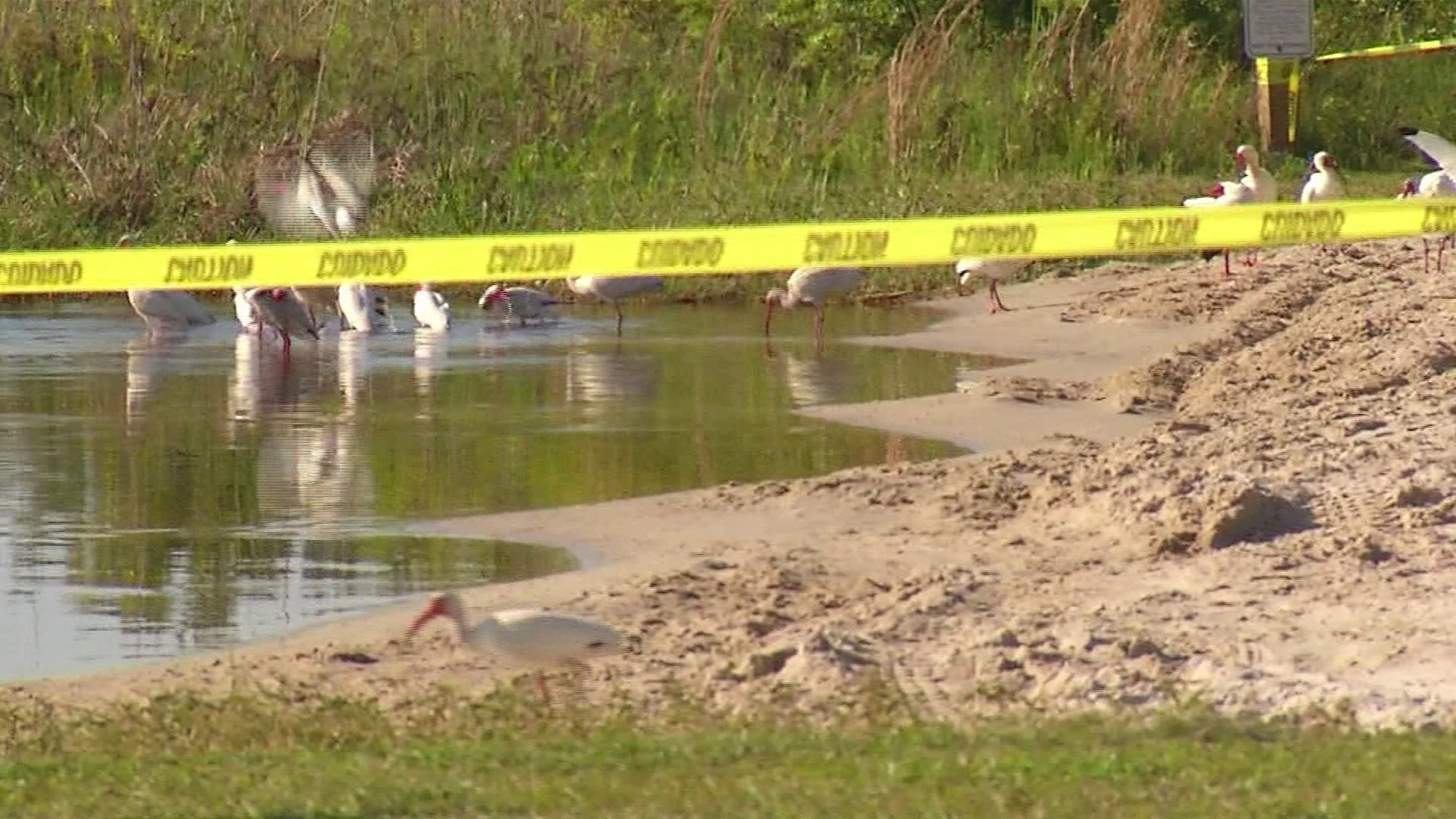 ORLANDO, Fla. -- A 10-year-old girl is recovering after she managed to fight off an alligator that attacked her at a Florida park on Saturday.

The girl was sitting in 2-feet-deep water in a designated swim area at Lake Mary Jane in Orange County when the reptile grabbed ahold of her, Florida Fish and Wildlife Conservation Commission officials told WFTV .

To fight off the roughly 9-foot gator, the girl started poking it in the nose and then pried the gator's mouth open to remove her leg, officials said in a statement.

Her father said she learned the trick at Gatorland, a theme park and wildlife preserve in Orlando, Fla.

"To get an animal with the strongest bite on the planet to let go of you is a miracle," Gatorland spokesman Donald Aldarelli told WFTV. "I'm just happy that she heard it here."

We just got this photo of the gator that bit the 10 yr old. The alligator was caught by a trapper. pic.twitter.com/NbeWsiGGmH

As news of the child's incredible escape from the alligator grew, some started to doubt the official account. A Florida State University professor who specializes in anatomy and paleobiology, Gregory M. Erickson, told the The New York Times that it would have been highly unlikely that the girl could have pried open the animal's jaws.

Erickson said he suspects the animal may have opened its mouth after failing to get a good grip on her leg, allowing her to escape.

The girl was transported to a hospital where she received at least 10 stitches, her father told WFTV. She is recovering at home.

The alligator was captured and euthanized after the attack, officials told WFTV. Officials have also closed the waterfront as a precaution.