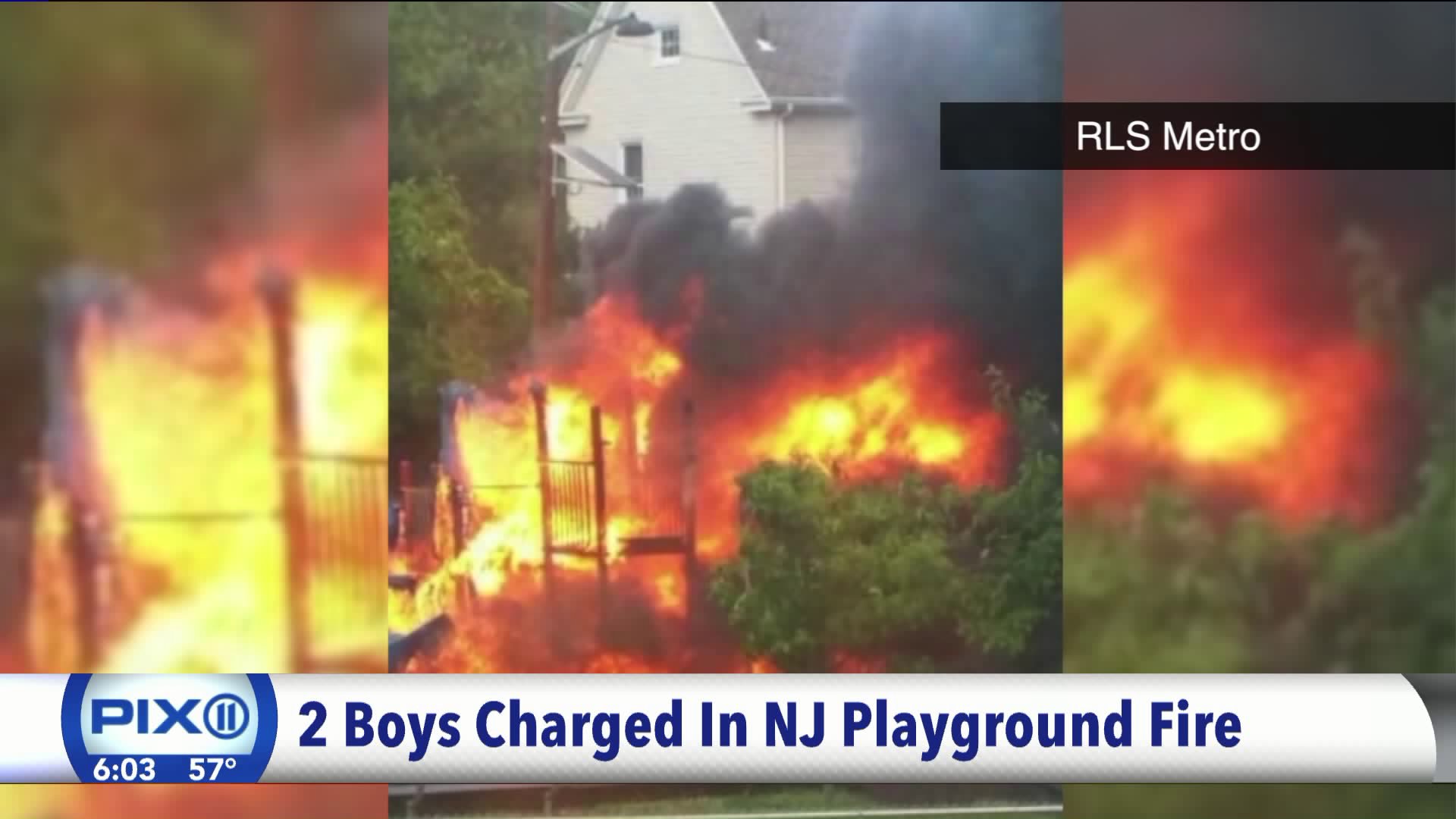 Local families have been complaining about trouble in the Linden park for some time.

LINDEN, N.J. — Two young boys have been charged with arson after a Linden playground was destroyed in a fire Sunday afternoon.

An 11- and 13-year-old were charged Monday with arson. They’ve been released pending a first appearance in juvenile court.

“I saw them taking them and thought, ‘oh my god they look so young to do this’,” said Patricia Palkoski, who lives across from the playground. “It’s unfortunate to hear 2 kids might have done this in a place that kids would enjoy.”

Neighbors said there have been problems at the park before.

“We’ve had incidents of drug use in the park at night,” said another neighbor who did not wish to divulge her name. “A month ago I had a pellet gun shot at my house. We’ve had people who were either high on drugs or intoxicated in the park, naked at night.”

Officials estimate the destroyed playground could cost $80,000 to replace.

“I believe that they’ve gotten away with so much in this park, that they feel that they can keep coming back here and doing whatever because there is no repercussions.”

“We ask for the mayor, just to take these bushes out because it can be unsafe,” said Palkoski. “You can see kids in the middle of the night coming out of there.”