Woman punched in the face inside Herald Square subway station 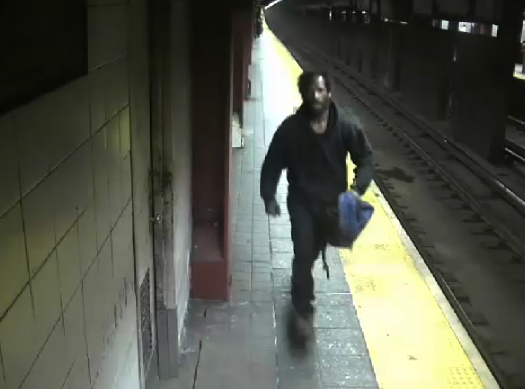 Cops say a woman suffered bruises to her face after a stranger punched her on a subway platform.

MANHATTAN –– Cops say a woman suffered bruises to her face after a stranger punched her on a subway platform during the early morning rush.

The victim, 30, was walking on the southbound F platform of the 34th Street-Herald Square subway station around 7:30 a.m. Thursday when a man struck her on the side of her head, police said. The victim suffered bruises and swelling to her face, but she refused medical attention on the scene.

Police described the man as 5 feet 8 inches tall, about 140 pounds. He was last seen wearing a black hoodie, black jeans and yellow boots.

Surveillance video caught the heavily bearded man walking on the platform with a bag. Police hope the public help identify the attacker.