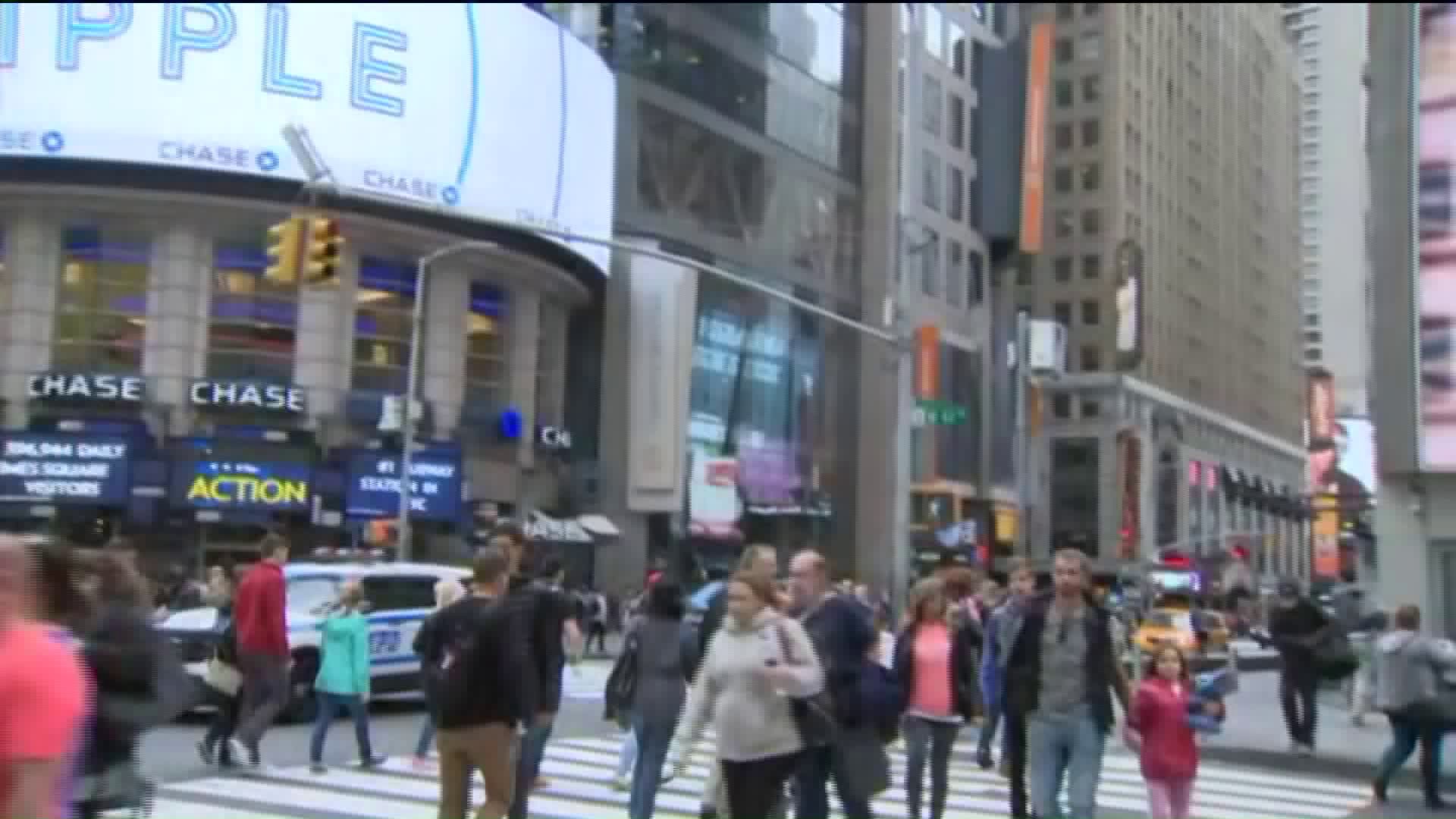 It happened about 2 a.m. in the busy tourist spot. Police say the suspect nearly slashed an officer who tried to take him into custody.

MIDTOWN, Manhattan — A man swinging a 3-foot-long sword in Times Square nearly slashed a police officer as he was taken into custody, authorities said.

He faces a charge of menancing, criminal possession of a weapon and reckless endangerment.

Pearson allegedly pulled out a yard-long sword and began swinging it in the middle of busy Times Square.

Officers took action swiftly, saying Pearson nearly slashed one of them. No one was hurt.

When police took Pearson into custody, they found he was carrying a secon sword, officials said.

Police said the suspect is a career criminal with a lengthy rap sheet, including prior weapons charges.

Police did not say what prompted Pearson to wield his sword overnight.