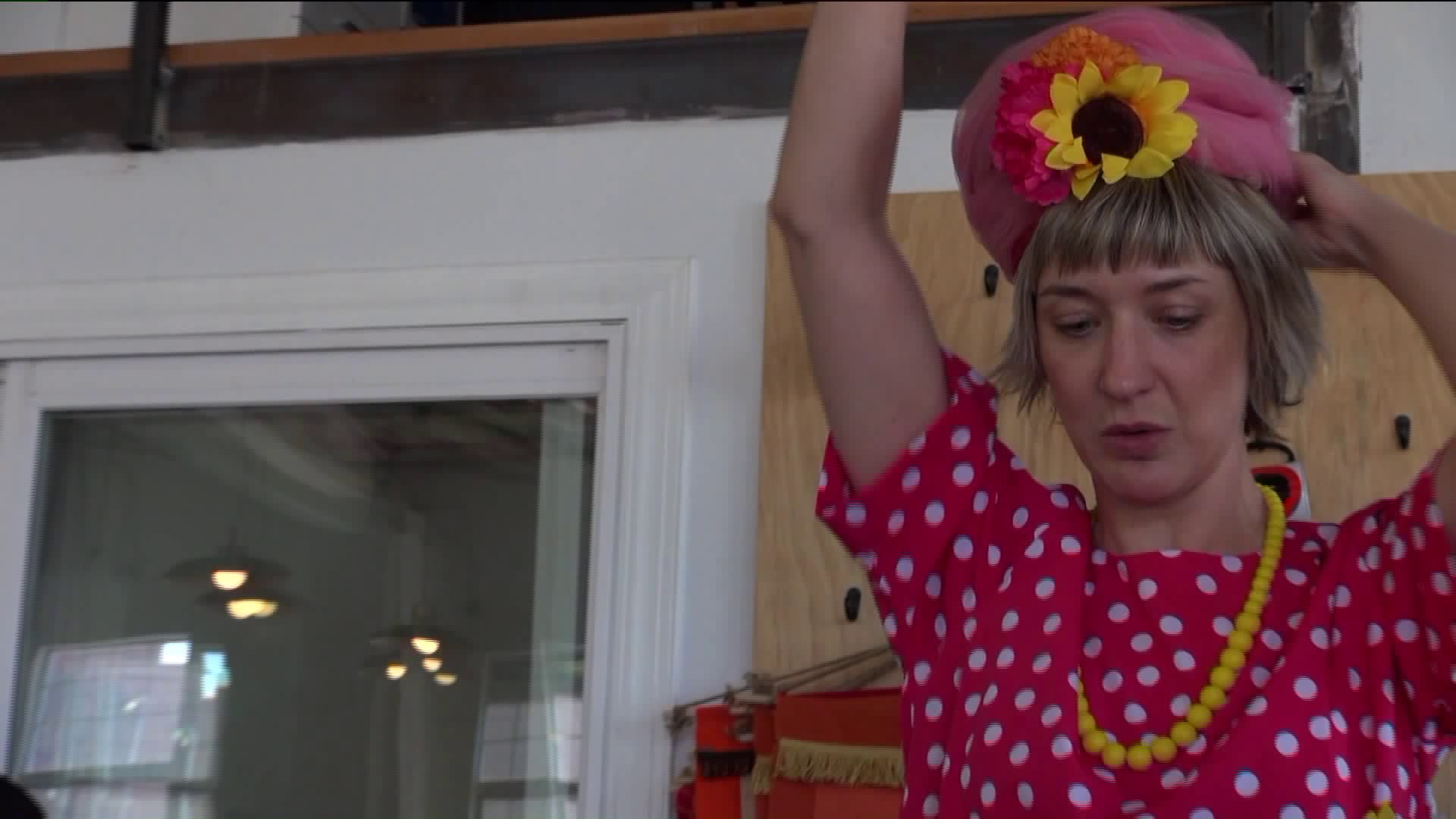 A big watch party is planned in Brooklyn.

LOUISVILLE, Ky. — Todd Pletcher will saddle three horses in the Kentucky Derby, a race that features no clear favorite and a soggy forecast.

The 20-horse field for Saturday's Kentucky Derby lacks a dominant runner. Classic Empire is the 4-1 pre-race choice. Two horses, Always Dreaming and McCraken, are the co-second choices at 5-1.

Toss in the gloomy weather, which soaked well-dressed racegoers wearing fancy hats, and it all makes for a most unpredictable Derby. Post time is about 6:50 p.m. ET.

With no left eye, Patch will only see the crowd as he breaks from the far outside spot in the gate. Jockey Tyler Gaffalione figures to hustle him over to the rail to save ground as the field makes its way to the traffic-choked first turn.

Steve Asmussen also has three runners, and they're all longshots: 15-1 Hence, 20-1 Lookin at Lee, and 30-1 Untrapped. He is winless in 15 tries, the only hole in his Hall of Fame resume.

"The Kentucky Derby would look really good to add to the list," he said.

Don't look for four-time winner Bob Baffert. The white-haired trainer doesn't have a horse this year, but like everyone else, he has an opinion.

"There's a lot of parity. There are some nice, solid horses," he said. "I think Classic Empire is probably the best horse in the race. Todd's horse has brilliance, Always Dreaming. If they can get him figured out, he could steal it. The rest are bombers."

The rain is predicted to end hours before the race goes off in the early evening. The last Derby run on an off-track was 2013 when Orb splashed home in front.

Favorites have won the Derby the past four years, the longest such streak since the 1970s.

Sonneteer will try to overcome that bit of history. He's 0 for 10 in his career. He would be just the fourth maiden and the first since Brokers Tip in 1933 to wear the roses.

Classic Empire sure looked like the early Derby favorite last year when he won the Breeders' Cup Juvenile and was named 2-year-old champion. He made his 3-year-old debut with a third-place finish in the Holy Bull Stakes in February. Then came two more months off caused by hoof and back injuries. Twice, the bay colt didn't want to train.

"We're happy to be where we are today given the last couple of months," trainer Mark Casse said. "I love being the favorite. Let's just enjoy the ride."

Always Dreaming had been fractious in morning workouts leading up to the Derby. In an effort to harness the colt's energy, Pletcher switched to longer reins, and Always Dreaming resisted. He has since calmed down and John Velazquez will be in the saddle Saturday to lend an experienced hand.

Girvin has battled a quarter crack in his right front hoof that limited his workouts. Trainer Joe Sharp and his assistant-wife, former jockey Rosie Napravnik, had the colt swimming and using a hyperbaric chamber to make the race.

Gunnevera's trainer, Antonio Sano, was kidnapped twice in his native Venezuela before relocating his family to Miami. Jockey Javier Castellano, also from the violence-wracked nation, is trying to snap an 0 for 10 skid in the Derby. Gunnevera is the cheapest horse in the field. He was bought for $16,000 at auction.

"Every day, I stop to think, 'My horse can win the Kentucky Derby,'" Sano said. "It would be a big gift for the people of Venezuela at this moment. In Venezuela, people are killing people. People have no food. Very sad."
Thunder Snow carries the hopes of Godolphin Racing, which is owned by Sheikh Mohammed bin Rashid al Maktoum. He's the ruler of Dubai. The stable is winless in nine previous Derby attempts.
"There's plenty of speed lined up for this race and nobody's going to get an easy lead," said Jerry Hollendorfer, who trains Battle of Midway.

Horses coming from off the pace often get dirt kicked in their faces for the first time.

"Some horses don't like that and they lose their concentration," said Ian Wilkes, who trains McCraken. "Other horses thrive on the challenge and my horse likes a challenge."