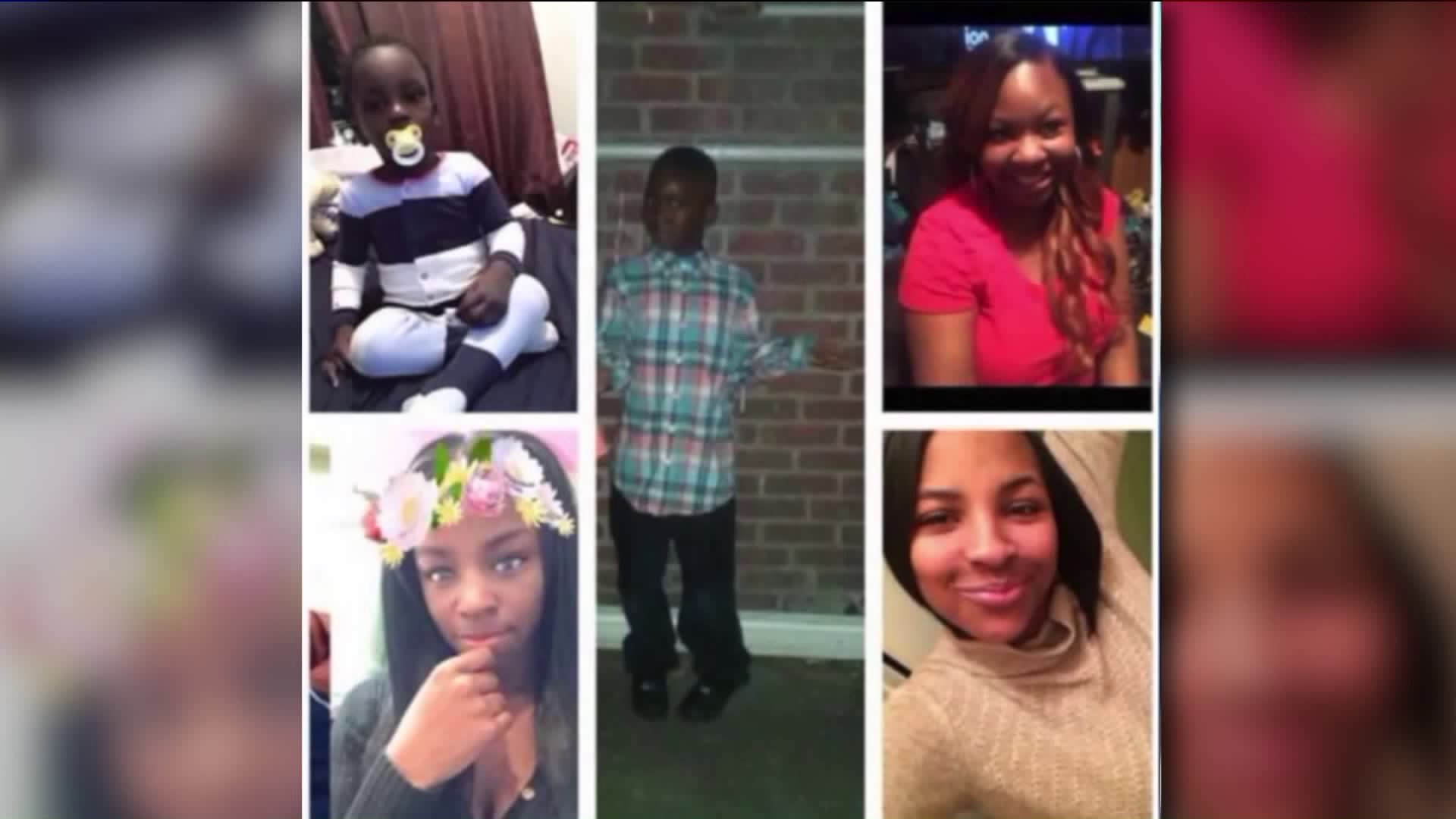 Hundreds of mourners joined the family as they laid to rest four young victims.

QUEENS VILLAGE, Queens — Family, friends and neighbors of four young vctims in killed when a fire broke out at their Queens home gathered Saturday to say their final goodbyes.

It was a somber day for the families of four of the five lives that perished in the blaze. They were laid to rest but their families say they will on in their heart forever.

"It's a hard time, definitely a hard time," relative Charlotte Hudson said. "Everyone grieving but getting through it, everyone."

One by one, family and friends walked in to the New Greater Bethel Ministries in Queens Village Saturday to say their final goodbyes to 2-year-old Chayce Lipford, 10-year-old Rashawn Matthews, and sisters Destiny Dones, who was 16, and Jada Foxworth, who was 20.

"Joyous and funny and full of life and seeing them in that manner definitely breaks my heart," Hudson said.

Fire officials say the Queens Village home went up in flames on April 23 taking the lives of four boys and girls – who were all related – as well as the life of their friend, 17-year-old Melody Edwards, who was buried earlier this week. The cause of the fire remains under investigation.

Inside the church, there were hundreds, many wearing t-shirts that read "My Angels, Gone But Never Forgotten." Loved ones, local leaders and Rev. Al Sharpton offered words of prayer and encouragement to the families affected.

"Doesn't make sense in God's hands," Sharpton said. "Believe in him ..help other mothers go in."

After the services, many mourners who were in disbelief, lined a busy Jamaica Avenue to watch the procession.

"Just here to show my love and respect and send my family off with love," cousin Charlotte Harrison said.

The families of the victims set up a  GoFundMe account asking for donations to help rebuild the damaged home.