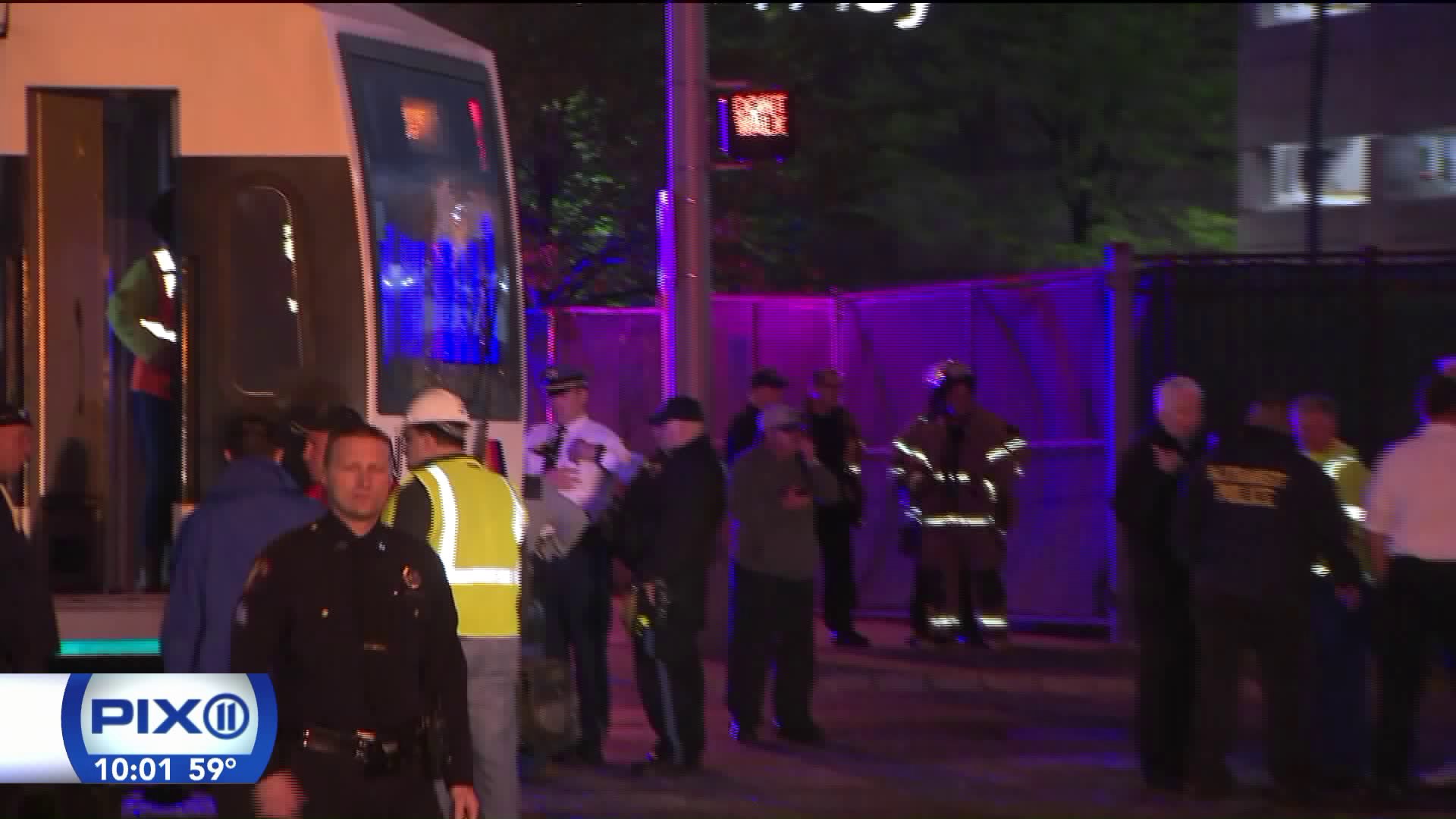 Sources said seven other people refused medical attention, and no passengers were hurt, after the collision happened around 7 p.m. near Washington Boulevard and Sixth Street.

JERSEY CITY, N.J. — Four firefighters and a train operator are hospitalized Friday evening after sustaining injuries when a firetruck collided with a Hudson-Bergen Light Rail train in Jersey City.

Sources said seven other people refused medical attention, and no passengers were hurt, after the collision happened around 7 p.m. near Washington Boulevard and Sixth Street.

The fire engine was responding to a report of a death at Newport Center Mall.

The fire engine had its lights and siren on but should have come to a stop at the light, according to Fire Chief Steven McGill of Jersey City.

Vehicles are advised to avoid the area and the investigation continues late into Friday evening. The firetruck truck is parked against a wall near the stalled light-rail train.

NJ Transit tweeted out that service on the Hudson-Bergen Light Rail service between Marin Boulevard and Newport is suspended in both directions.