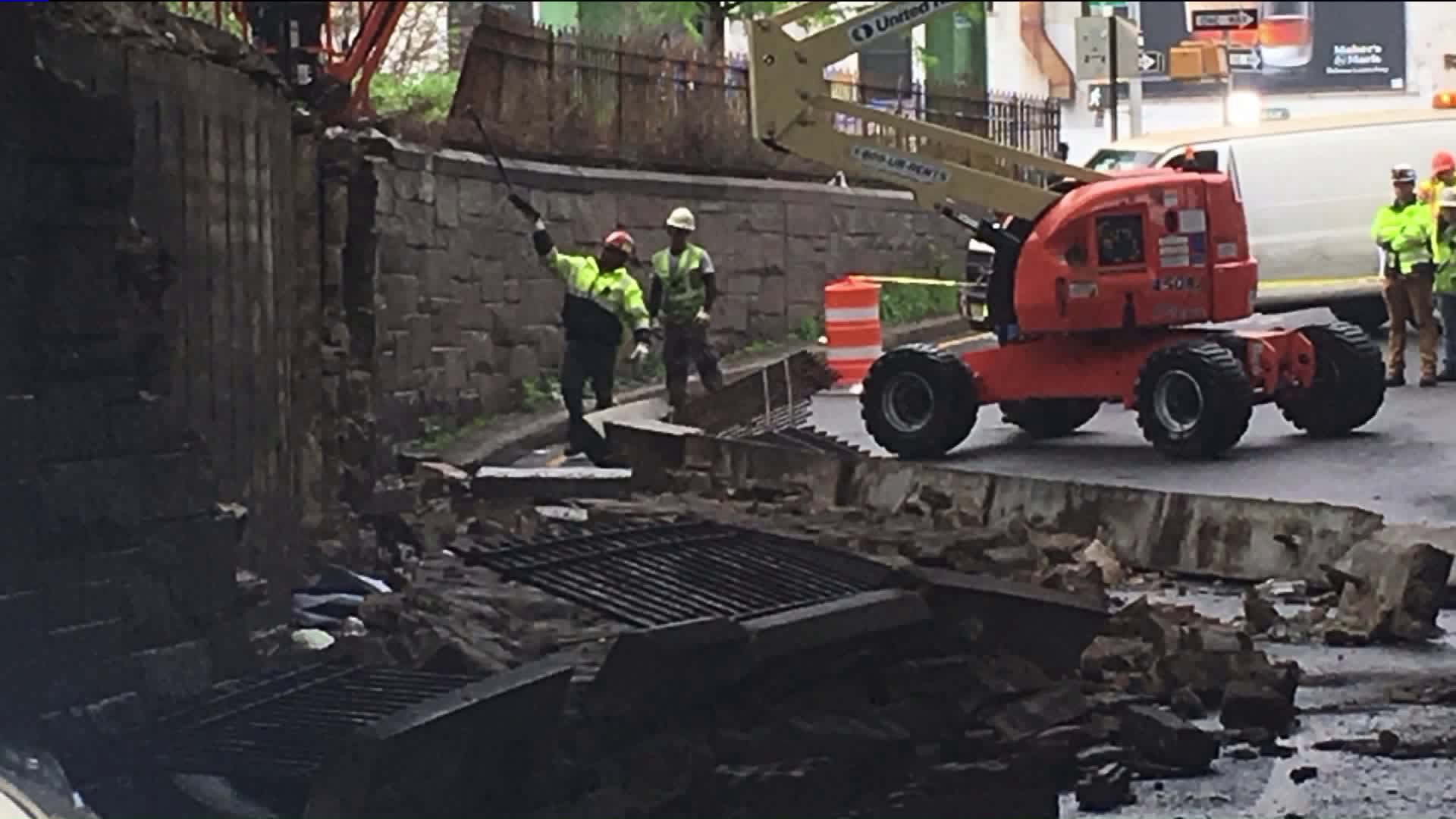 Crews were on the scene Friday doing emergency repairs. 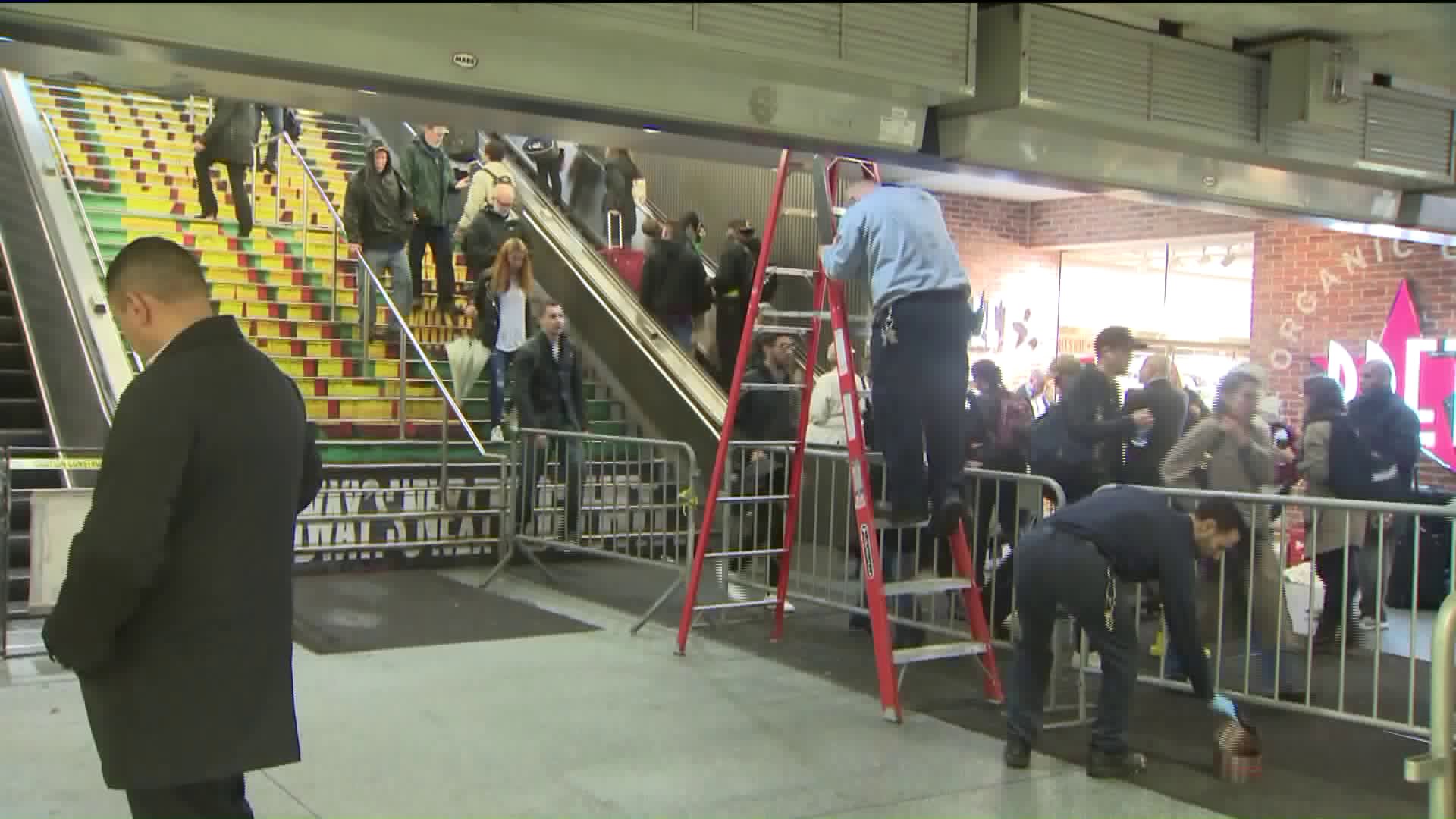 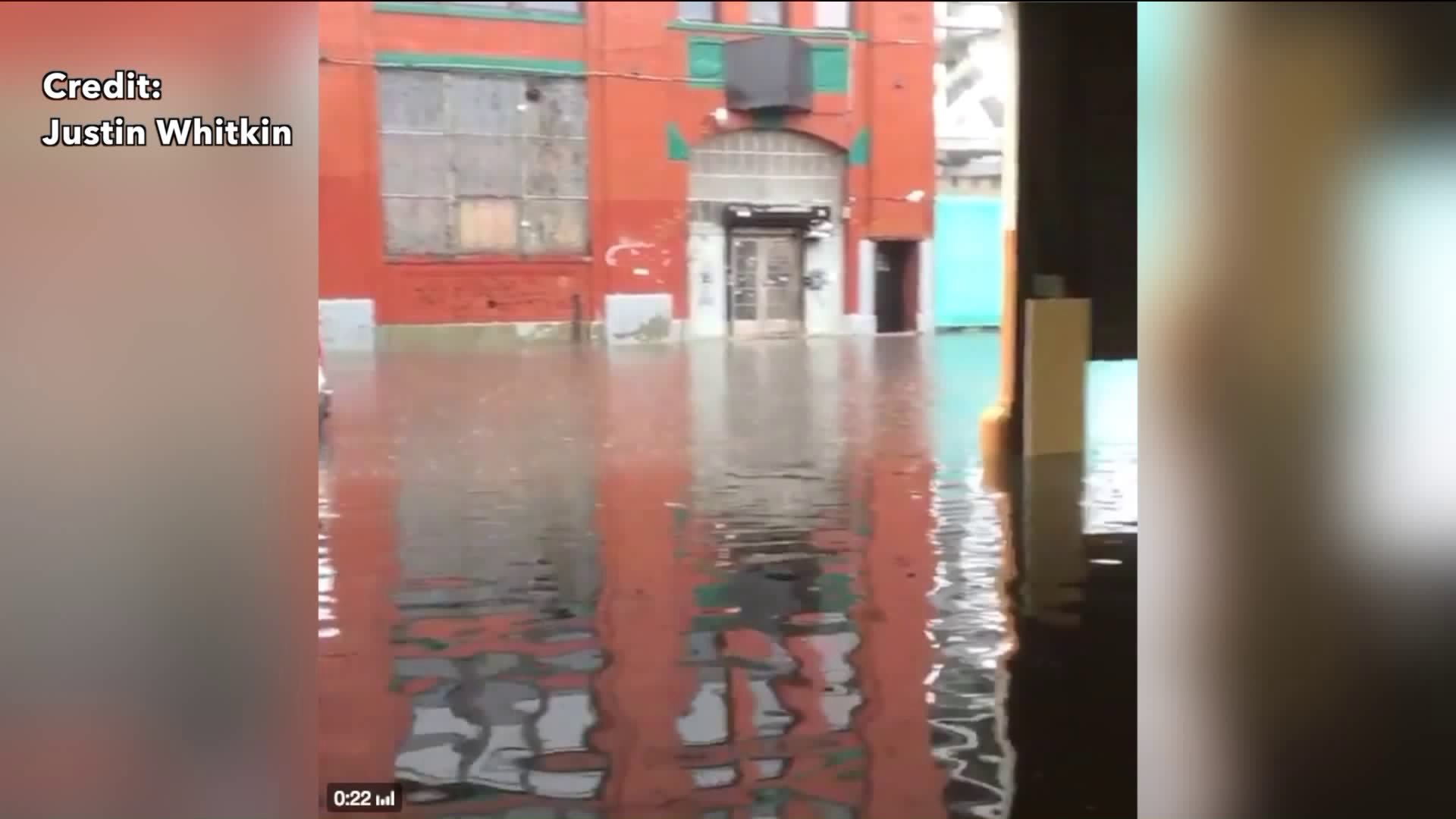 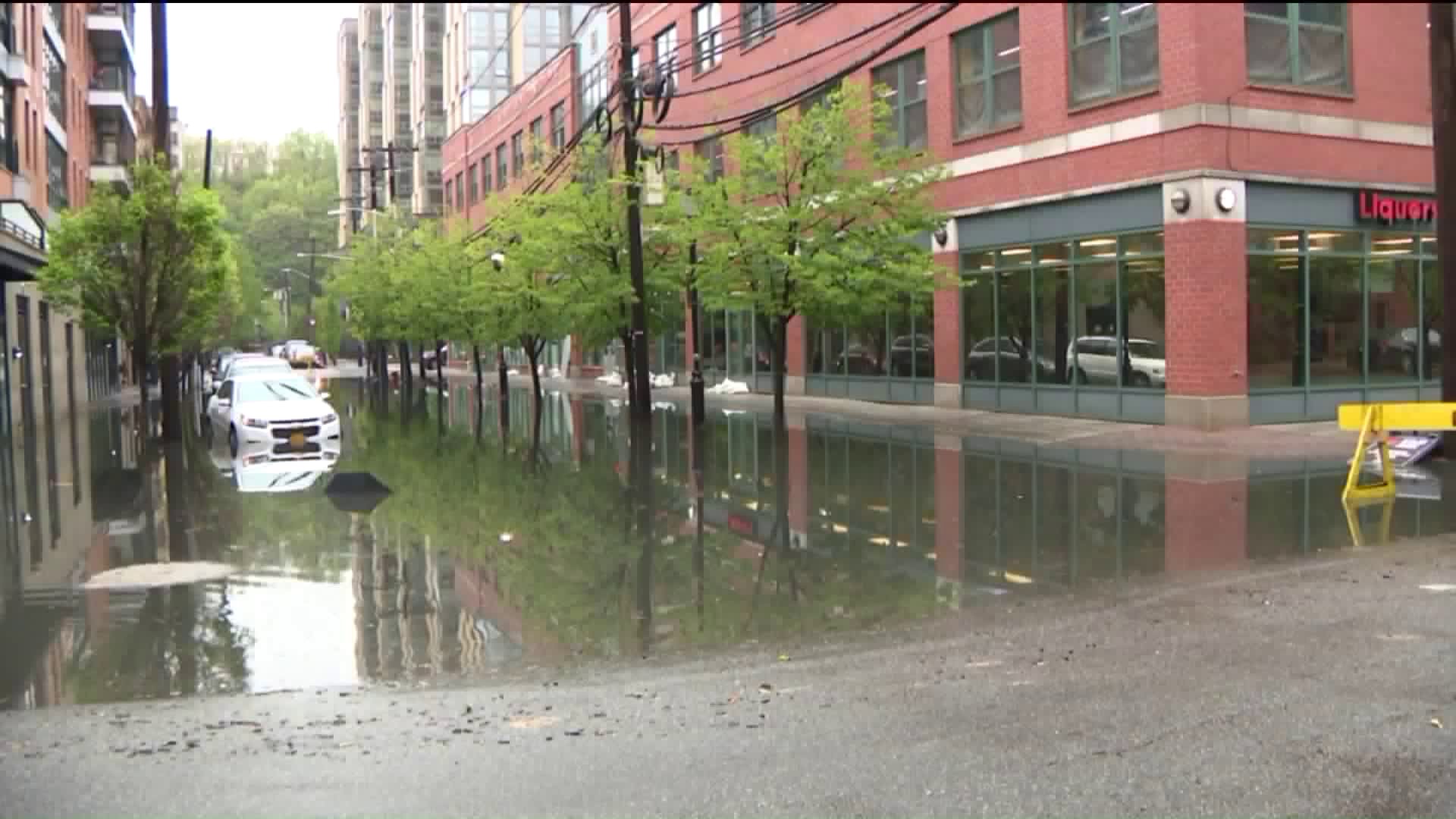 NEW YORK — A powerful storm that dumped heavy rain on the tri-state area Friday prompted the closure of the entrance to Penn Station at Seventh Avenue and 32nd Street and the shutdown of 10 blocks of the West Side Highway. In New Jersey, streets turned into veritable rivers as much of the region coped with the midday deluge.

Transit service was also affected, and spotty problems continued into the evening commute. [Click PIX11's transit page for the latest.]

Flash flood warnings that covered much of the region have all been dropped. Still, it will take several hours for water to recede and residual complications are expected as the area dries out.

Much of the area had been hit with 1 to 3 inches of rain in just a couple of hours, creating widespread problems, according to the National Weather Service.

Emergency were sent to cellphones in the city at about noon Friday with a warning about flash floods.

Rains were so heavy in midtown that the main entrance to NY Penn Station flooded, shutting down part of the busy transit hub.

It was the latest in a series of calamities plaguing commuters who travel through NY Penn Station. Earlier this week, sewage water rained from the ceiling and near-daily delays and cancellations are prompted by train derailments or equipment problems. Amtrak is warning riders to expect at least six weeks of disruptions this summer as the agency works to fix those problems.

Not far away from Penn Station on Friday afternoon, a major portion of 12th Avenue -- from West 23rd to West 34th streets -- was temporarily closed due to heavy flooding. East 42nd Street between Third and Lexington avenues was also closed as crews responding to smoke coming from a manhole.

Across the river in Hoboken, side streets were under several inches of water. Witnesses reported seeing "actual waves" rolling through the street on 9th and Monroe streets.

Drivers in Hoboken were told to stay off the roads until the rain stops, Chief Ken Ferrante said.

Drier conditions will prevail for the start of next week, but cloudy skies and unseasonably cool temperatures will dominate Monday and Tuesday.