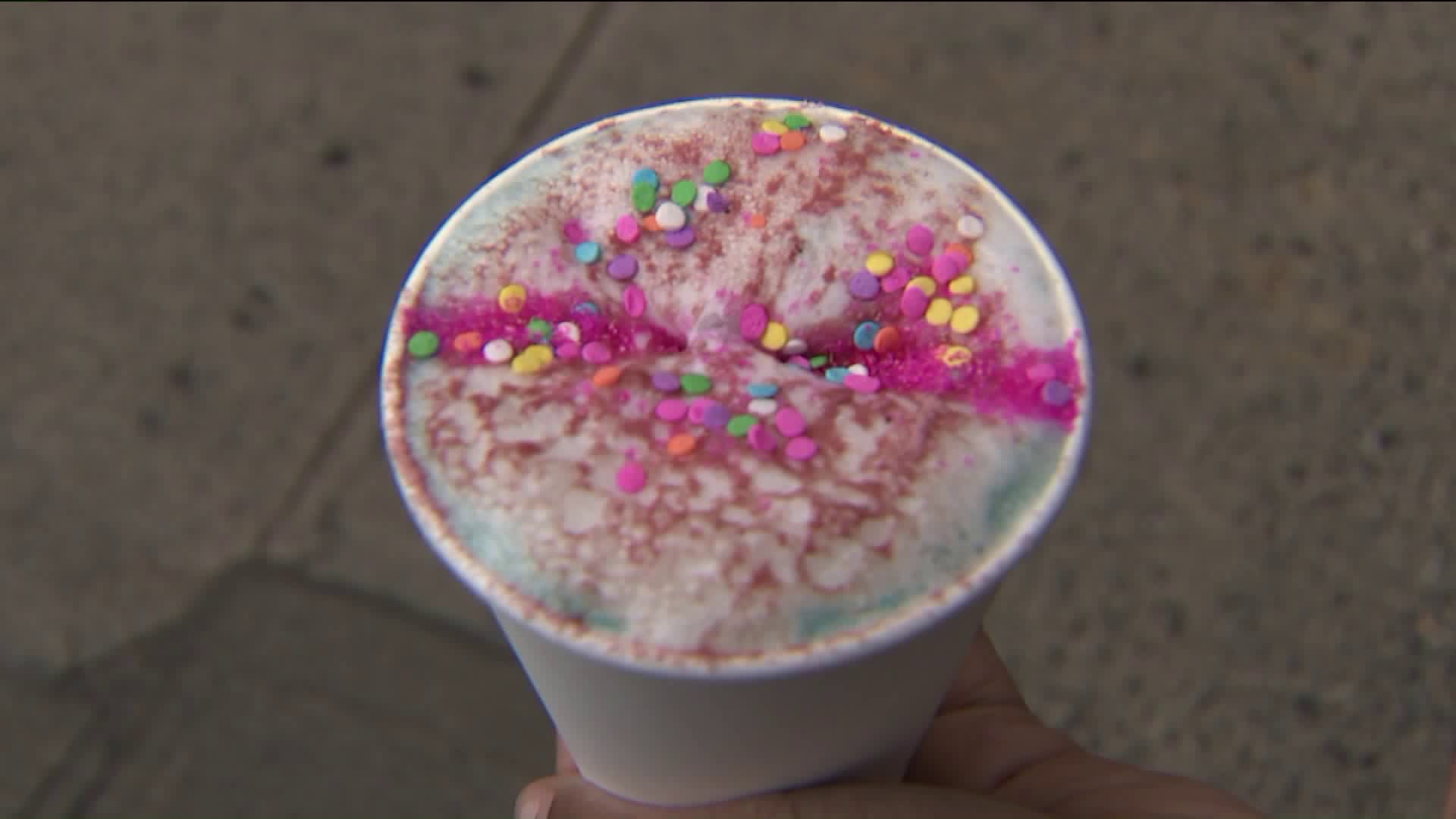 A coffee shop in Brooklyn is claiming the Starbucks unicorn frappuccino is a copy-cat of their drink, the unicorn latte, and they filed a lawsuit in Brooklyn Federal Court.

NEW YORK — A Brooklyn cafe that created a "Unicorn Latte" is accusing Starbucks of "overshadowing" its health-conscious drink with the sugary Unicorn Frappuccino in a new lawsuit.

The End started selling its Unicorn Latte in December and has had a trademark on the drink name pending since January.
Starbucks launched the Unicorn Frappuccino in April as a limited-run item, and it enjoyed considerable media attention.

Both drinks are similar in that neither contains coffee, though they are on the opposite spectrum of healthy consumption. The End says the Unicorn Latte is made from ingredients like dates, ginger root and algae. The lawsuit says Starbucks' drink is made from milk and artificial sweeteners.

The cafe is seeking unspecified compensation and a public apology.

A spokesperson for Starbucks says the lawsuit is without merit.