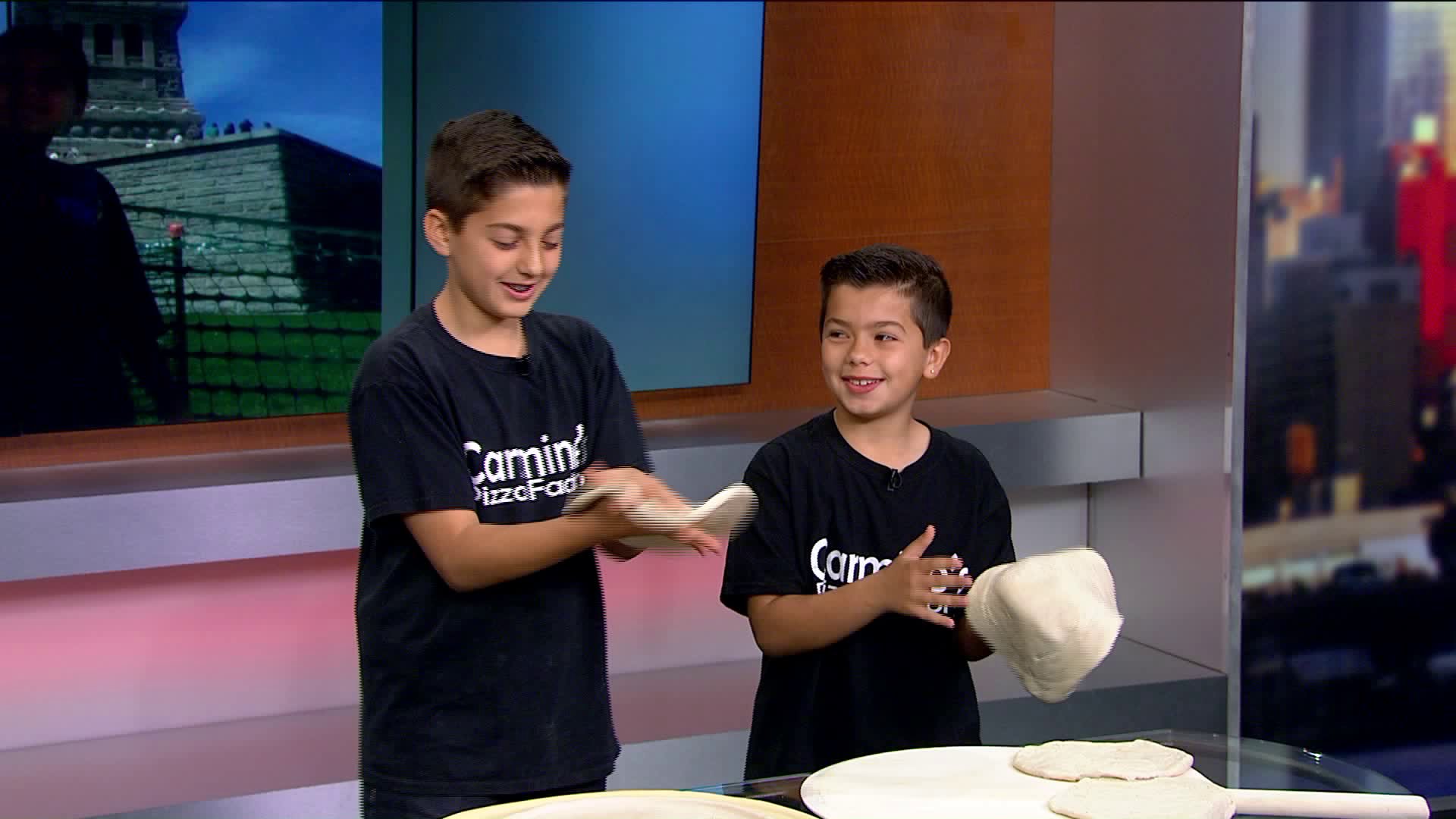 The Carmine boys from New Jersey went viral earlier this year because of their pizzatossing skills. THey stopped by PIX11 Morning News to teach Suki and Scott a lil` something.

New Jersey brothers Michael and Nicholas Testa became social media stars after a video of them skillfully slinging pizza dough in their father's New Jersey restaurant went viral. The dynamic dough-spinning duo has travelled as far as Spain to show off their skills.

The brothers stopped by PIX11 Morning News to show off their skills and give Scott and Sukanya a class in tossing pizza dough.