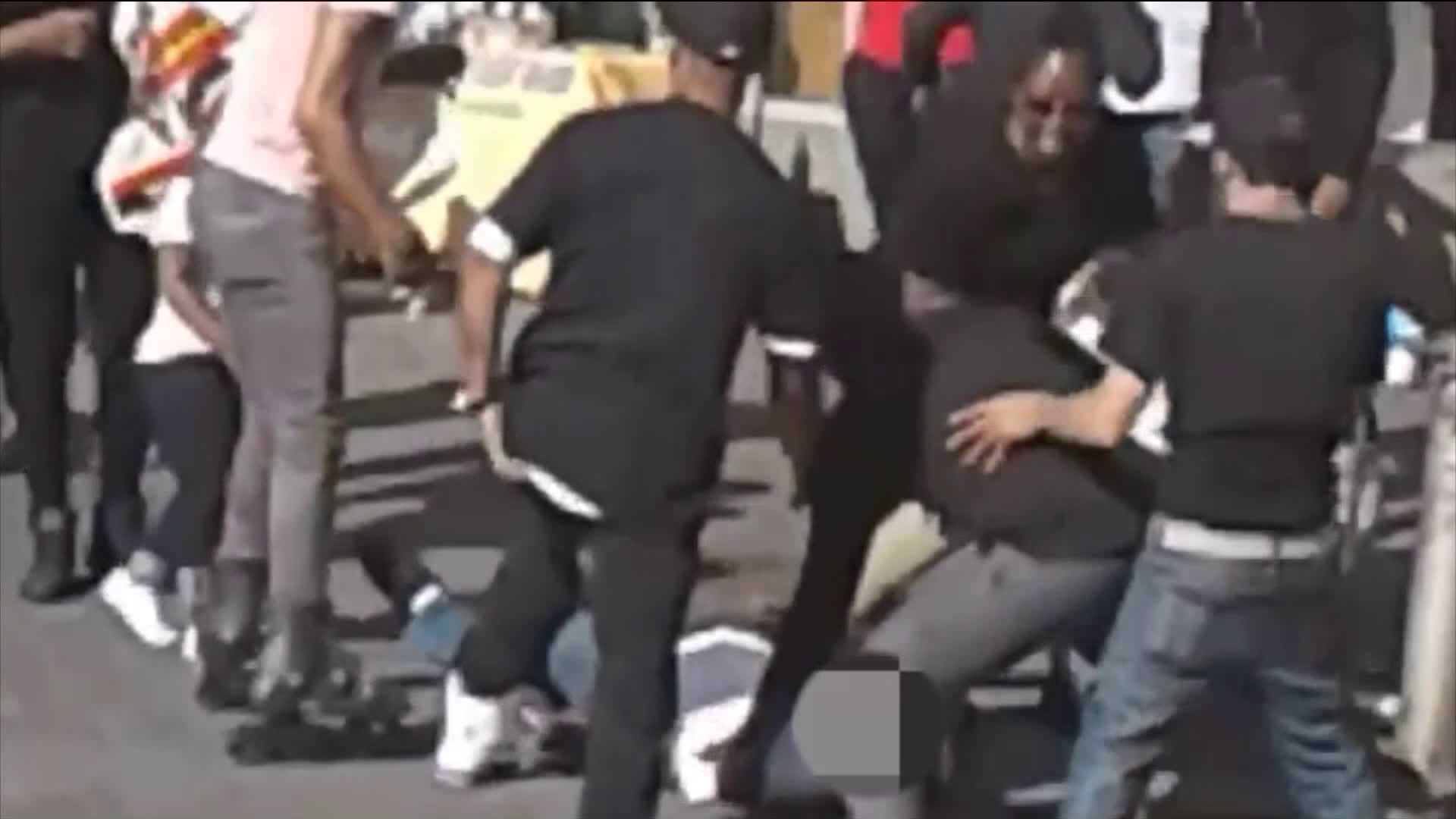 A Bronx street vendor is in critical condition after he was attacked in broad daylight.

MELROSE, The Bronx –– Police are looking for a group of men who beat a street vendor so severely that he suffered a fractured skull and was hospitalized in critical condition.

Police said  five attackers in their 20s went up to the 53-year-old vendor at about 5 p.m. Tuesday near East 149th Street and Third Avenue and punched him in the head and face numerous times. Surveillance video showed the men continue to hit the victim as he fell to the ground. The culprits then walked away southbound on Third Avenue.

The victim suffered a fractured skull and bleeding from the brain, police said. He was taken to a hospital in critical condition.

A third man was donning a white T-shirt, blue shorts and black sneakers. A fourth man was wearing a gray T-shirt and red pants. The fifth had a pink baseball cap, a pink sweater and black jeans on, police said.

Police released clear surveillance photos of the men on Wednesday.