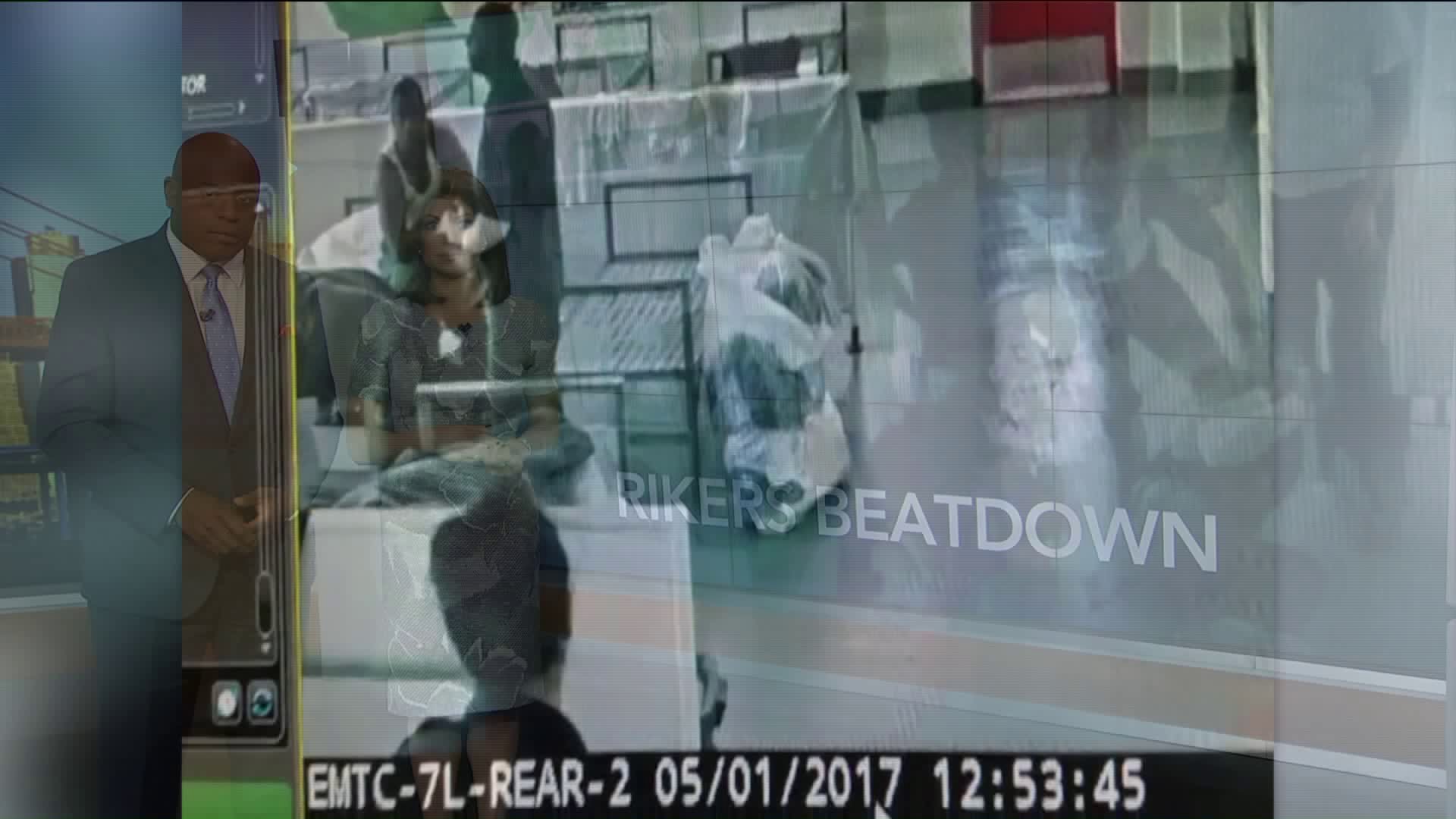 The whole incident happened in the middle of the day on Monday, showing a new inmate in a green uniform entering the unit.

QUEENS, N.Y. — An inmate at Rikers Island was severely beaten by a group of nearly a dozen other inmates as a solo correction officer looked on.

The incident happened in the middle of the day on Monday, showing a new inmate in a green uniform entering the unit.

Sources told PIX11 News that the inmates who attacked the newcomer were all members of the Bloods gang and were unhappy that a new inmate was being moved into their unit.

In the video, one inmate cold-cocks the new inmate from behind, which prompts eight others to join in punching, kicking and pummeling the new inmate to the ground.

A single correction officer is present and tries to break up the fight up, but is outnumbered and out powered. Sources said she called for backup using her personal body alarm. The victim was then thrown into a stone pillar, before he was dragged away by correction officers. The other inmates then begin to rifle through the new inmate's belongings, stealing his possessions.

Sources said the target did not suffer serious injuries.

PIX11 News showed the video to the Correction Officers Union, which stands by its officer's actions to try and break up the brawl, then wait for backup.

"If she would have used her pepper spray, they all could have turned on her," union president Elias Husamudeen said.

The incident comes at a time when the Department of Corrections is reforming each jail facility in an effort to reduce this kind of violence.

Just a few months ago, PIX11 was granted exclusive access to the reformed units, where it was explained how rival gangs are housed.

"Say we have five inmates of one SRG affiliation and another 5 or 7 with another SRG Affiliation," assistant deputy warden Solomon Chester said, "we would house them together so there is not an unbalance where one group is holding power over the others."

In this case, that did not happen, since this unit in the Eric M. Taylor Center (EMTC) has not yet been reformed.

The Department of Corrections told PIX11 in a statement:

"This incident is under investigation. However, it was not gang related."

They did not, however, answer our question as to when the units would be reformed.

Sources told PIX11 that Ponte was not in the office the day the incident happened. The DOC did not comment on his whereabouts.