Employers in NY can no longer ask for salary history, in move to bridge gender wage gap 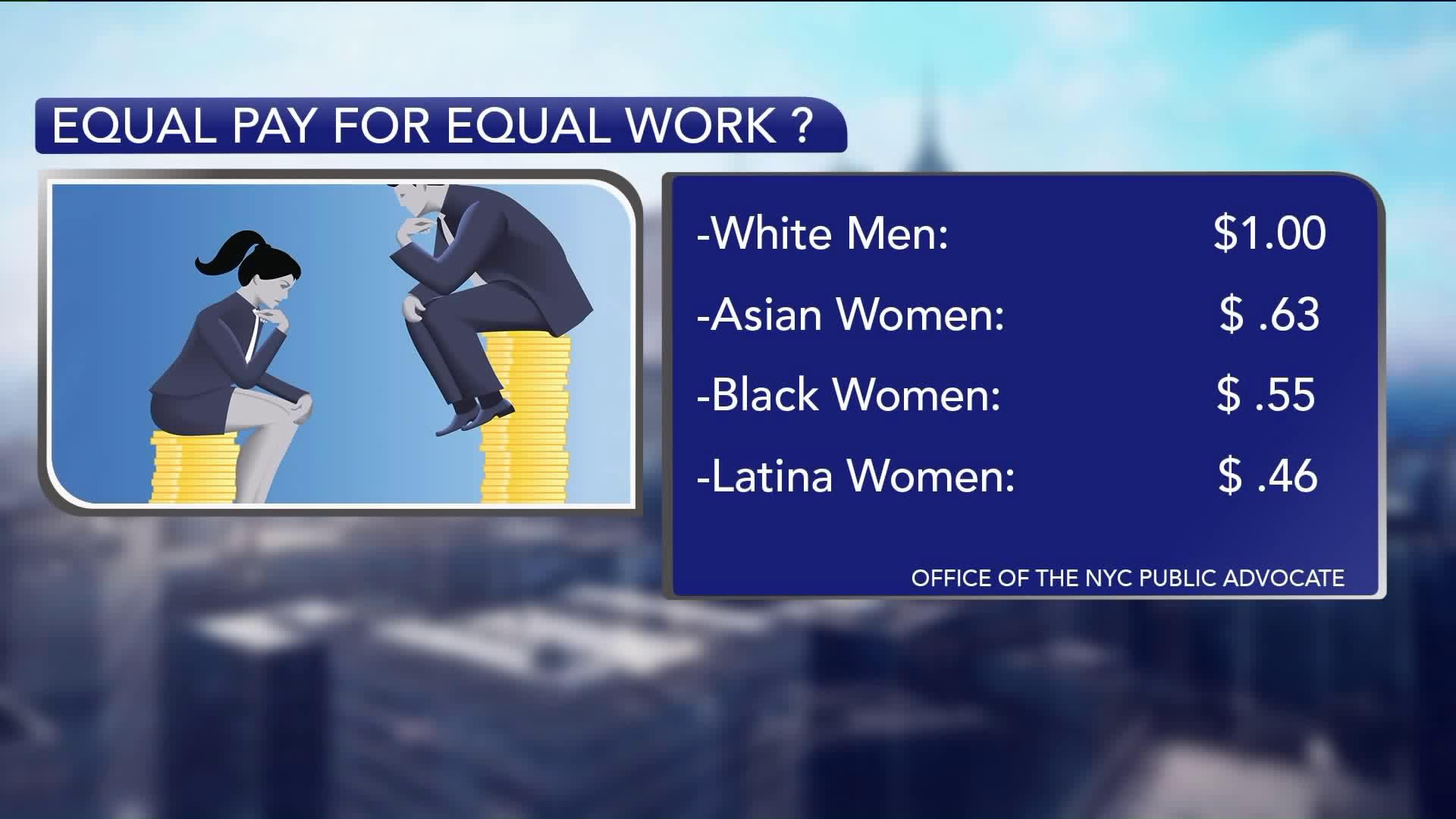 It`s legislation is designed to bridge the gap between what women and men get paid.

NEW YORK — No matter what kind of work you do, if you’re looking for a job, the person doing the hiring could ask for a detailed salary history – until now.

Mayor Bill de Blasio is expected to sign into law Thursday a bill that would ban employers from asking job candidates what they make. It’s legislation is designed to bridge the gap between what women and men get paid.

In New York City, women earn $5.8 billion less than men each year, with women of color earning even less than their white counterparts, according to city advocate Letitia James, who wrote the legislation.

For every dollar a white man makes, for the same job an Asian woman makes about 63 cents, a black woman makes 55 cents, and a Latina woman makes 46 cents in New York, creating some of the country’s greatest income inequality by gender.

“When employers use previous salary information to determine compensation, they perpetuate the gender wage gap by relying on salaries that already reflect wage discrimination,” James said in a statement.

Many working New Yorkers PIX11 News spoke with on Thursday approve the measure. But a business owner said being able to ask a salary history can be helpful in some way.

“It helps me determine what to pay and keep my expenses lower,” the owner of a law firm said. “But I understand both parties’ perspective.”

James said she’s being realistic about the new law.

“Is it going to solve all of our problems? No, but it is just one tool to solve income inequality,” she said.