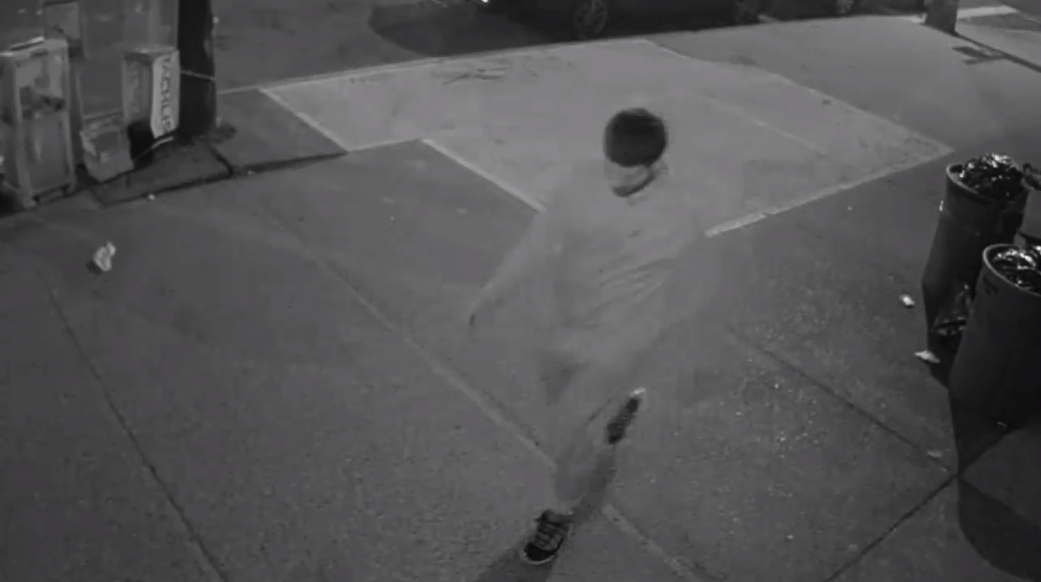 Surveillance footage shows a man sought by police for allegedly setting fire to an unoccipied bus belonging to a religious school in Wlliamsburg.

WILLIAMSBURG, Brooklyn — Police on Wednesday released surveillance footage showing a man they say set fire to a bus belonging to a religious school.

Once inside, he allegedly started a fire, causing damage to the front of the bus.

The man fled on foot and is now being sought for "criminal mischief," police said.

He is described as having a "chin strap"-style beard, and was last seen wearing a sweat suit and dark-colored sneakers.