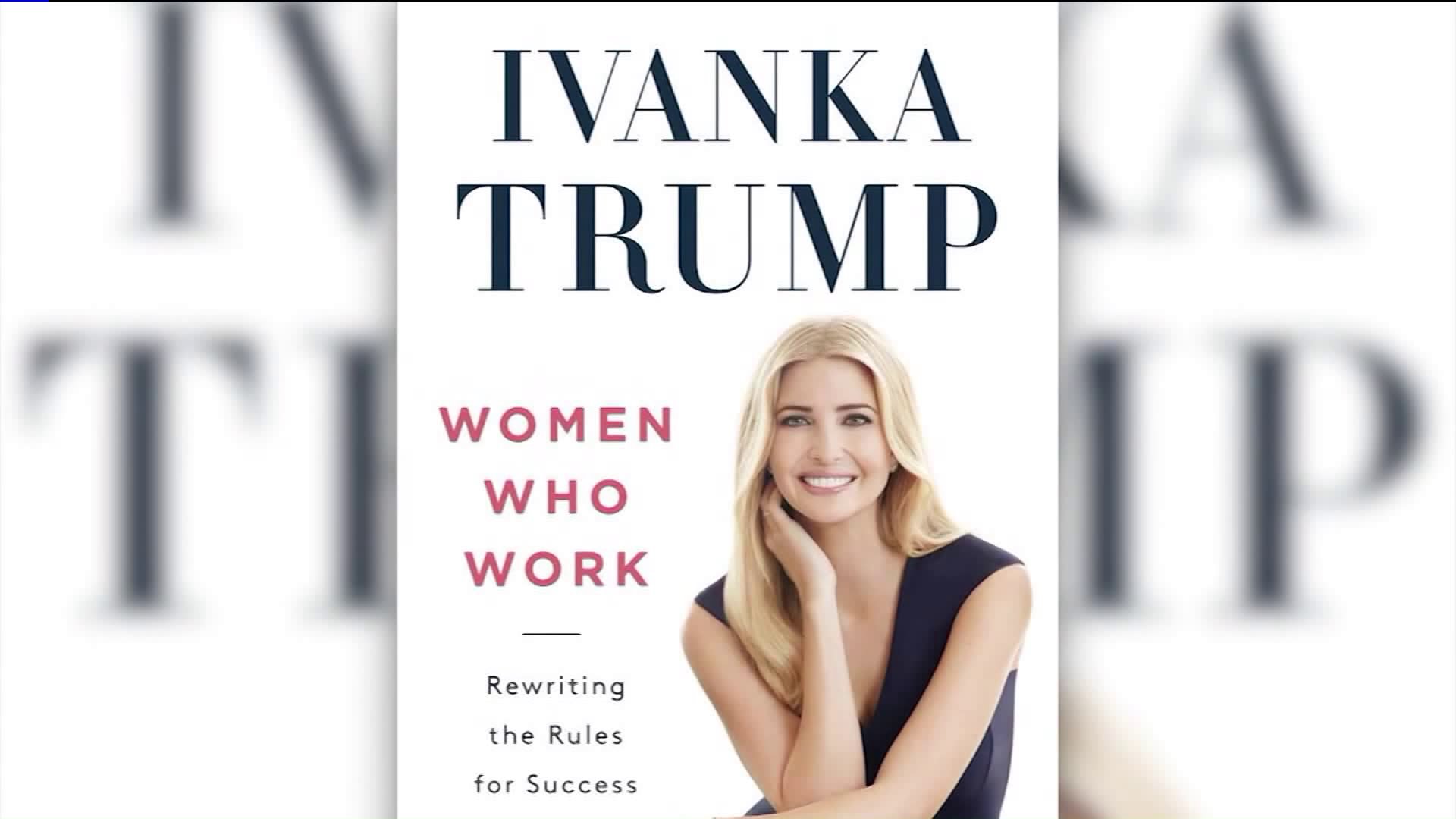 Amanda Hawthorne, an entrepreneur from Long Island, said she`s open to reading it.

NEW YORK — Ivanka Trump's new book "Women Who Work" is now on sale and the self-help book is getting mixed reviews.

Before her father's run for the presidency, Ivanka Trump was mostly known for her role in New York society, her father's real estate empire and her clothing and accessories business.

But now as First Daughter and advisor to her father, Ivanka Trump is under the microscope.

In the book she quotes people she admires. And not all of them are happy about it. Reshma Saujani, founder and CEO of Girls Who Code, wrote on twitter, "@ivankatrump don't use my story in #WomenWhoWork unless you are going to stop being #complicit #askivanka."

An anonymous reviewer on Amazon wrote, "A puff piece written by a spoiled rich girl with servants. She has had everything handed to her. What would she know about the 'Real' women who work?"

Meanwhile, T. Kinney wrote, "We know the haters gonna hate. I read it! The book was great! She's a true hero!"

Amanda Hawthorne, an entrepreneur from Long Island, said she's open to reading it.

"I think it's interesting to see her take on women in business. I mean, as far as success, it's very hard to be a female entrepreneur in a male dominated society," Hawthorne said.
Mandi Dossin, who works in advertising, told PIX11 she has no interest in it and she thinks there is no way Ivanka can understand the regular working woman.

"In terms of how we kind of get into the world of work and how we work, it's probably a very different path from the path that she had," Dossin said.

New Yorker J.P. de Boissezon said even though Ivanka Trump wrote this book before her father won the presidency, readers will have a hard time separating the two.

"There's a huge faction of the country that just doesn't like her father and nothing is going to change. And I think she's almost guilty by association in that," he said.

Trump said she will donate the book profits to charity.