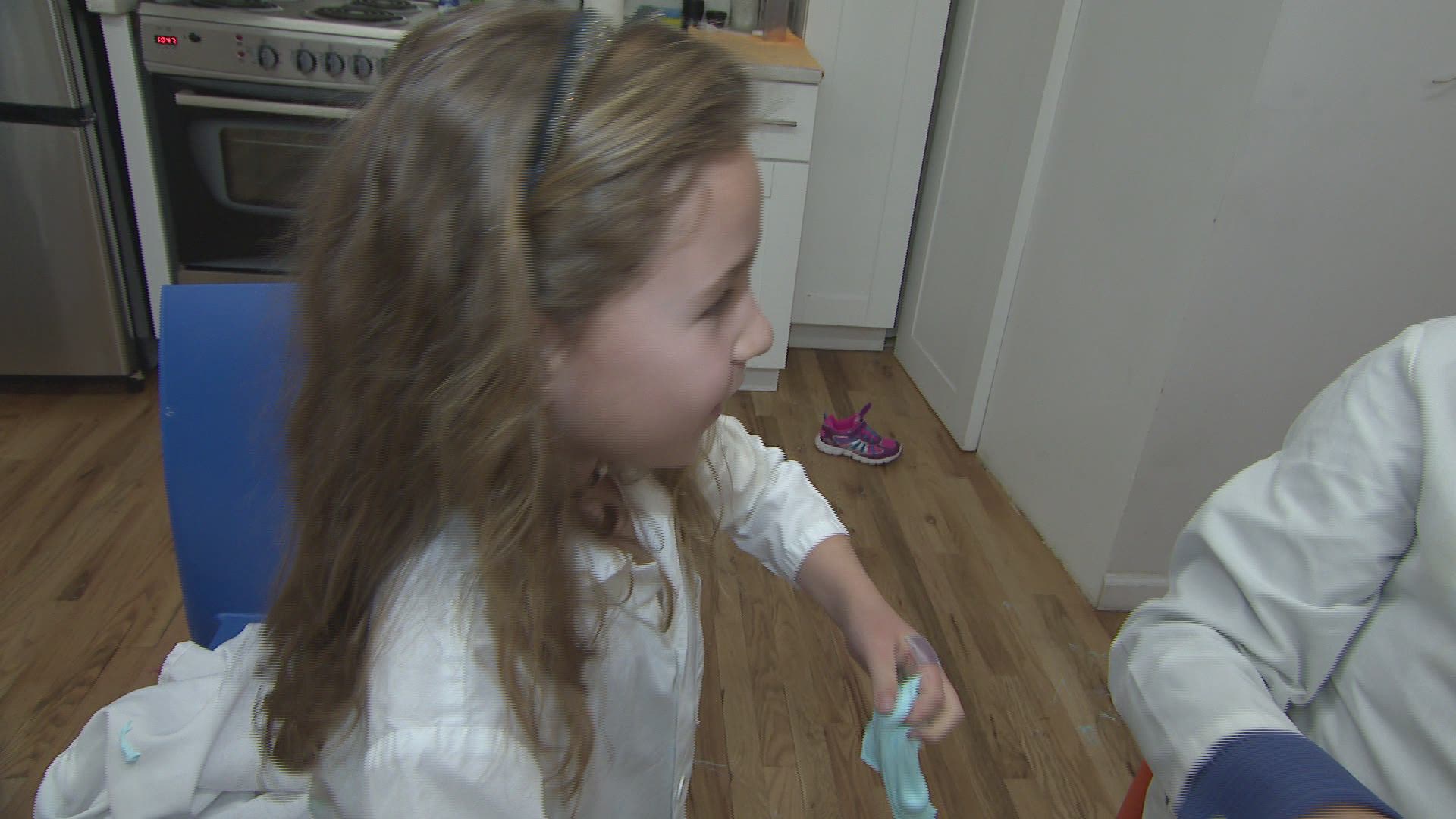 Mr. G heads into the S.T.E.A.M. lab where curiosity connects with creativity and the science community

UPPER EAST SIDE, Manhattan- It’s sticky, it’s slimy and it’s all in the name of science! Just some of the sophisticated silliness happening at SciTech Kids. “It’s actually really fun coming here because you get to learn fun stuff in a way that you don’t get to do in the classroom,” Gabrielle, one of the kids, said. This state of the art maker-space isn’t just about making a mess, but molding young minds through science, technology, engineering, arts and math.

The scientists brainstorm, build and modify their projects always working as a team, no matter the experience level. “The first you’re going to need is Elmer’s Glue,” Gabrielle explained to me. “Then you’re gonna shake the shaving cream and then you’re going to pour some in, pour a drop of green [and] you're going to need some contact solution.” Gabrielle was one of the first students at SciTech. Her mom, Kim, created the program after working for years as a research biologist.

“When I had my daughter i realized I wanted her to have a really good science experience,” Kim Magloire, founder, explained. “In school it’s more I want to learn so I can do well, whereas I say science is all around us so why aren’t we learning science and applying it.” Each lesson is incredibly hands on, giving the kids a chance to fully explore their creativity and ingenuity. “I tell these kids that they need to be scientists now, they don’t have to wait,” Magloire said.

A message well received by President Obama. In 2014, SciTech Kids won the White House Student Film Festival for a video showcasing their work. “It was an amazing experience and if I could do it over, I’d do it a million times,” Gabrielle smiled. Focused and fun- this place gives a foundation for those who want to pursue a career in science and for those who may not be so sure yet. “So how about being a weatherman on television?" I asked Eliott, another student, "Maybe, I don't know," he said. "Mostly you’re just talking about the weather and like what’s going on you’re not actually like doing much!”