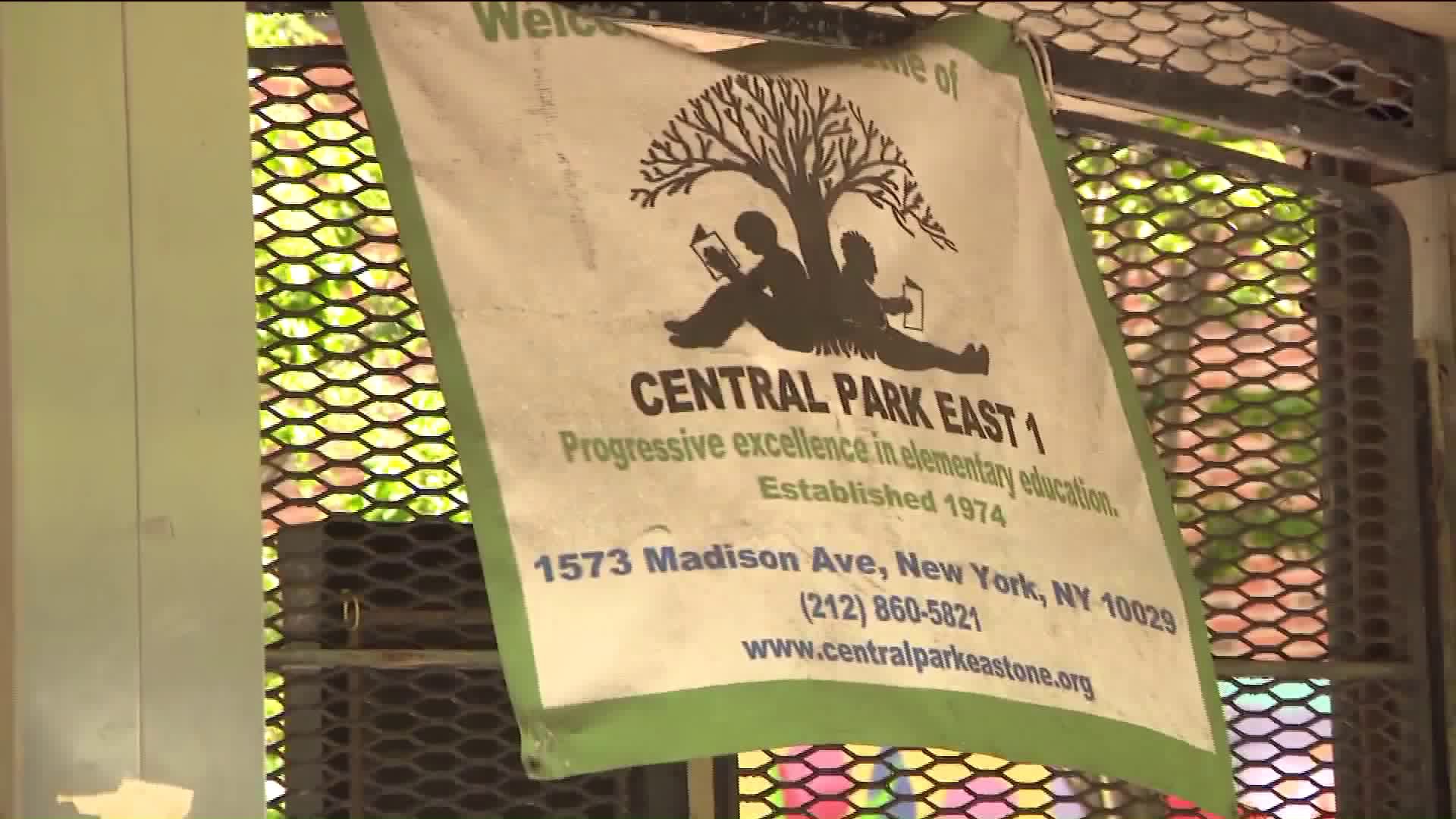 EAST HARLEM — It's a common practice for parents and caregivers, of course, to drop elementary school children off at school in the morning, and to pick them up after school. For some parents at Central Park East 1 Elementary here, that practice has now been restricted by their principal, even though the parents haven't violated any laws.

"Appropriate arrangements will be made to bring your child to the security desk," reads a letter from Principal Monika Garg of the school, which is known as CPE1, to parents Kaliris Salas-Ramirez and Jen Roesch.

"My principal told me I was banned," said Roesch, in an interview with PIX11 News.

She described her alleged offense. "I took pictures of the bulletin boards in the hallways [of the school] to document a complaint I filed about how the principal is not in compliance" with anti-bullying regulations dictated by the Department of Education, Roesch said.

Salas-Ramirez's infraction that got her barred from entering the school campus was bringing a university graduate onto school property. "She signed in a presented ID to security. Visitors frequently tour the school. When alerted to concerns about this visitor, Kaliris accompanied the student to the exit."

That's a description of what happened, as written in a change.org petition calling for Salas-Ramirez's and Roesch's visitation privileges to be reinstated by the principal. The petition has, in less than a week, gotten nearly 1,000 signatures.

Salas-Ramirez said that she and Roesch were banned for reasons far more broad and impactful than taking photos and bringing a student journalist into the building.

"We're being accused," she told PIX11 News, "because we're being loud, vocal parents against the administrator of our school and advocating for the families, the children and the teachers."

Their efforts are part of an ongoing protest at the school.

For months now, parents have staged protests and even occupied the school building overnight in an effort to get Principal Garg ousted, following her dismissal of two well-respected and well-liked teachers, a large drop in test scores, as well as deeply sinking evaluations of the principal by both teachers and parents over the last two years.

Parents formed an organization and set up a website that actively seeks Garg's ouster.

Now, two of the most active parents in the Save CPE1 group are forbidden from entering campus to pick up or drop off their children, with the school's other parents. Many of them show up in the morning and afternoon proudly displaying "I Stand With Kaliris & Jen" buttons on their shirts or backpacks.

Now, the principal has ousted the parents, and that change.org petition has come out, with its nearly 1,000 signatures in favor of reinstating the parents.

Kenya Dilday was one of those in favor. "It's very unfair," she told PIX11 News, her "I Stand With Kaliris & Jen" button proudly displayed on her coat. "Our principal has done this because [Salas-Ramirez and Roesch have] spoken out against some of her violations of DOE regulations, and other things that she's done. It's a retaliatory act."

The banished moms agree. "When you do speak," Salas-Ramirez said, "if it's something that doesn't align with what they're saying or what they want, then you get shut down."

However, at least two parents who did not want to be identified told PIX11 News that they support the actions taken against the two mothers. They said that Roesch's and Salas-Ramirez's actions put children's safety in jeopardy.

The DOE is standing by the principal's actions. Some parents told PIX11 News that a meeting is scheduled next week involving parents, teachers and the teachers' union to determine whether or not the banishment is acceptable and what action, if any they should take regarding it.