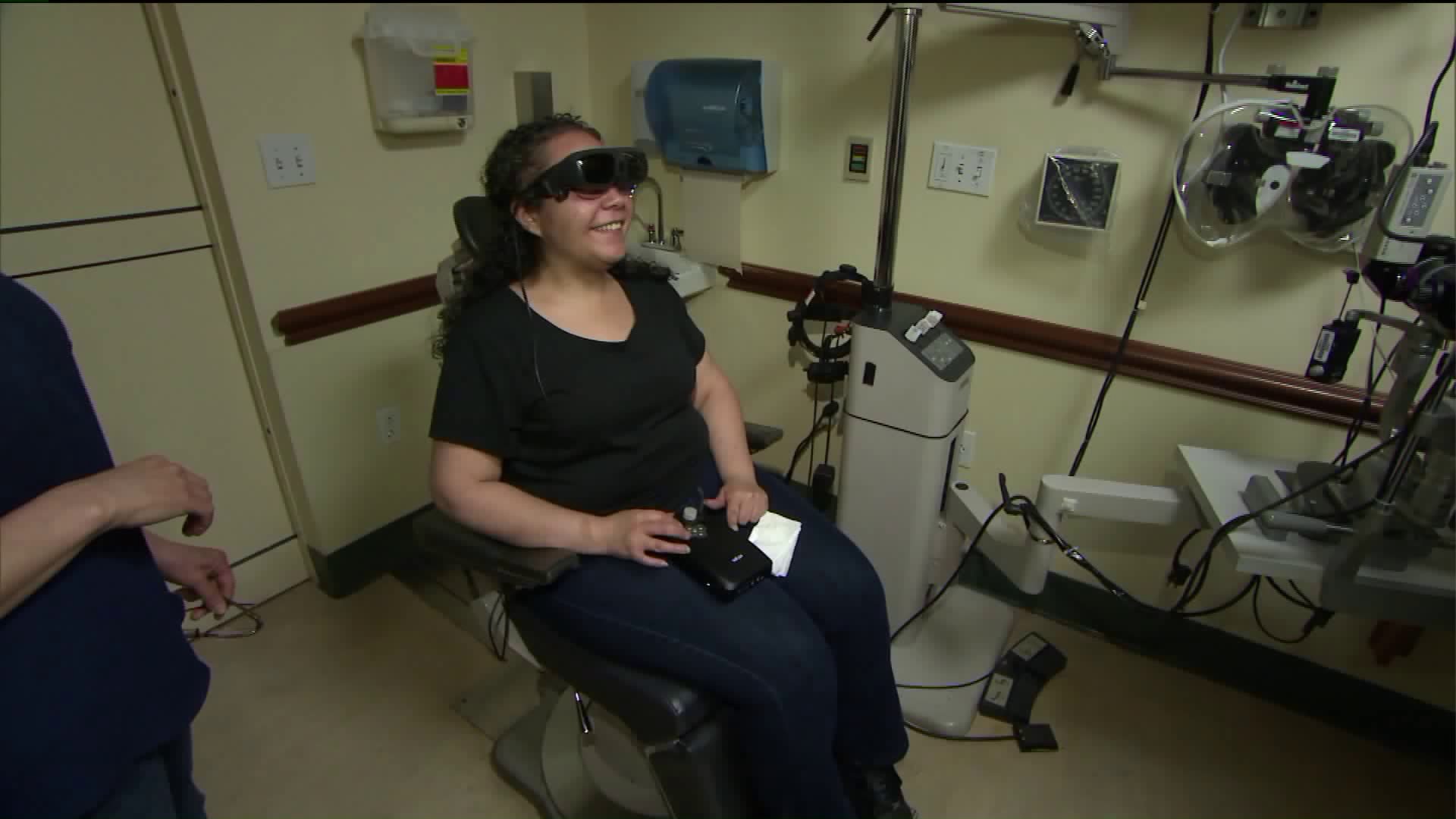 A Brooklyn woman, blinded by a vicious attack at the hands of her boyfriend, can now see again. We`ve been following Julissa Marquez`s road to recovery every step of the way and through every surgery. Through it all, Julissa never lost sight of her goal.

BROOKLYN – Julissa Marquez is defying doctors who told her she could never see again. Three years after a blinding attack by a boyfriend, she's being called a miracle.

In the summer of 2013, Marquez, of Bedford-Stuyvesant, was stabbed by her ex-boyfriend inside her Brooklyn apartment. He plunged a 12-inch knife into her head, causing severe injuries to both of her eyes.

Their 12-year-old son witnessed the attack and called for help. By the time Marquez arrived at the hospital, doctors said her injuries were so bad she had little chance of seeing again. But Marquez underwent 10 surgeries and regained 30 percent of her eyesight back.

Now, with the help of a new device, she's able to see her young son grow into a young man.

"With these eyeglasses I can see perfectly clear," Marquez said. "It was amazing, it was amazing ... now I can see my son get married, when he has his children I can go see them."

"She's able to see her son, she's able to watch TV," said Dr. Ronald Gentile of the New York Eye and Ear Infirmary of Mount Sinai Hospital. "These things she wasn't able to do using our conventional treatment without using this technology we couldn't get her to that point. I think now this is giving us a glimpse in her future."

Eventually Marquez will able to use the glasses underwater when she goes swimming.

Hospital staff said her optimism was a factor in her amazing recovery.