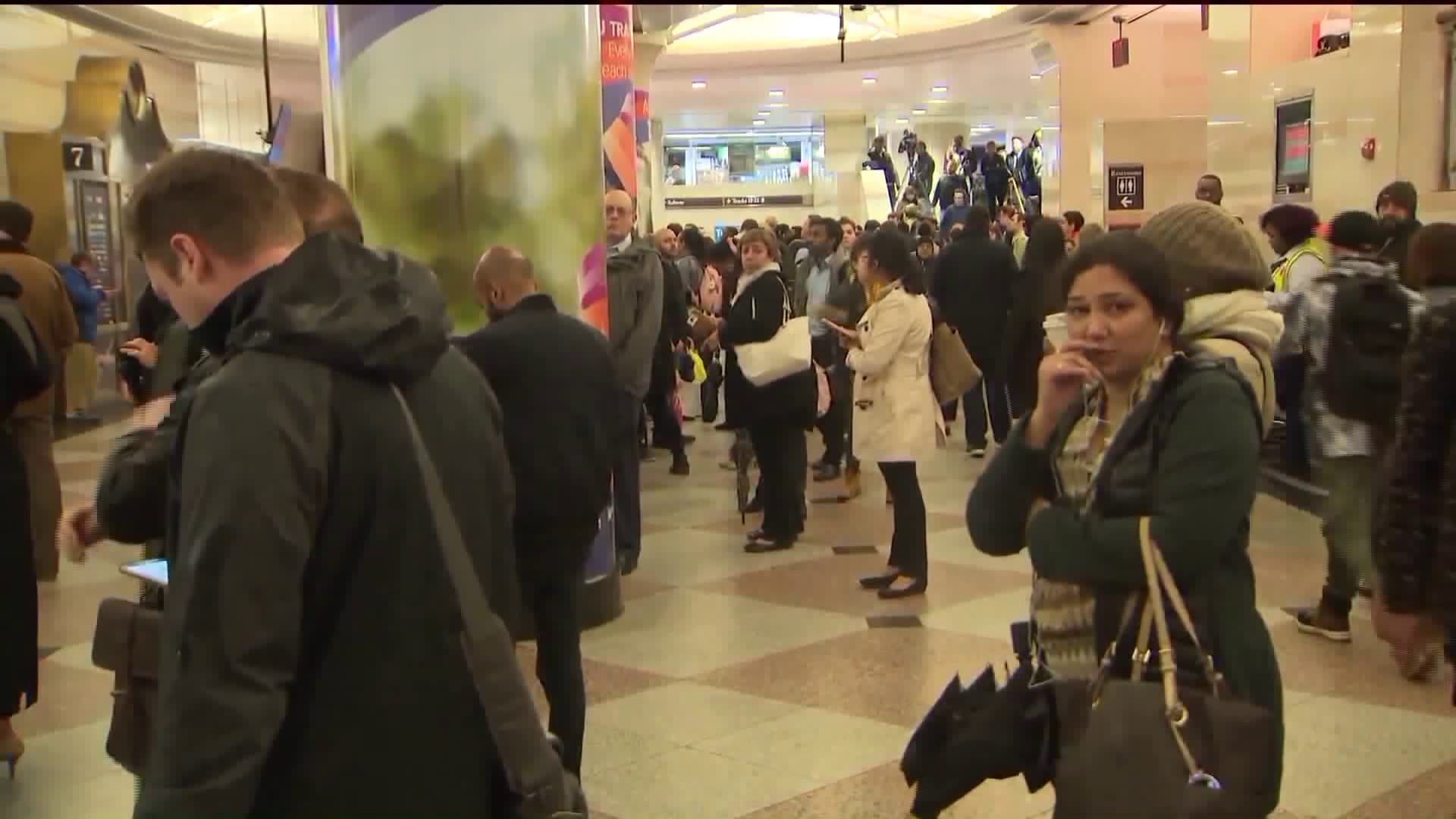 Rail travelers who have endured delays and cancellations prompted by equipment failures would face about six weeks of significant service disruptions this summer to accommodate repairs at Penn Station, the nation`s busiest rail station, under a plan proposed by Amtrak.

NEW YORK— Rail travelers who have endured delays and cancellations prompted by equipment failures would face about six weeks of significant service disruptions this summer to accommodate repairs at Penn Station, the nation's busiest rail station, under a plan proposed by Amtrak.

Meanwhile, Democratic U.S. Sen. Charles Schumer's office said Tuesday an agreement has been reached in Congress to boost funding for Amtrak to $1.495 billion for the coming fiscal year, a $105 million increase over last year and the highest total since 2010. A $328 million grant would go toward the Northeast Corridor between Boston and Washington, D.C., which includes Penn Station.

Commuters would face delays this summer due to track work around Penn Station, according to a document obtained by The Associated Press on Tuesday. The document describes work scheduled between July 7 and July 25 and again between Aug. 4 and Aug. 28 as causing "significant service impacts" and requiring service adjustments.

Those service changes weren't specified, and the plan is not final. Last week Amtrak CEO Wick Moorman said negotiations would continue this week with the Long Island Rail Road and New Jersey Transit, commuter railroads that transport hundreds of thousands of people in and out of Penn Station each weekday.

Other work would continue through next spring and would be performed primarily on weekends, according to the proposal.
The funding boost would help support the Gateway project to build a new rail tunnel under the Hudson River between New York and New Jersey and would push money for Northeast Corridor improvements and repair work over $700 million when combined with Amtrak's profits from that service.

Before legislation passed in late 2015, Amtrak had to use its Northeast Corridor profits to support its long-distance service in other parts of the country.

Schumer called the funding "a huge win for commuters in the region."
"I've already spoken to Amtrak and made it clear, these extra dollars should be used to quickly make the necessary repairs to tracks in and out of Penn Station and advance the critically important Gateway project," he said.

An Amtrak spokeswoman said meetings were held Monday with representatives of the LIRR and NJ Transit and the parties would reconvene Thursday to review the plan.

"All groups are working with the common goal of creating service schedules that minimize impact on the traveling public when we do the necessary upgrades to Penn Station," spokeswoman Christina Leeds said in an email.

A spokeswoman for the Metropolitan Transportation Authority, which operates the LIRR, said it was in discussions with Amtrak and would ensure riders' best interests are represented.

NJ Transit Executive Director Steve Santoro said his planning team was trying to determine the scope of the work and its impact on service and customers.

Aging equipment has been blamed for recent delays and problems. An April 3 derailment, blamed on weakened wooden cross-ties beneath a portion of track, knocked out eight of the station's 21 tracks for four days and created widespread delays for commuters and travelers up and down Amtrak's Northeast Corridor.

Some New Jersey legislators on Tuesday criticized the plan for not taking advantage of the July 4th and Labor Day weekends to minimize the impact on commuters.

"New Jersey commuters endured a week of massive overcrowding and unacceptable delays in the week following the April 3 Amtrak derailment when eight tracks were shut down," Democratic Sen. Bob Gordon said in a statement. "We can't expect them to suffer through an entire summer like that."