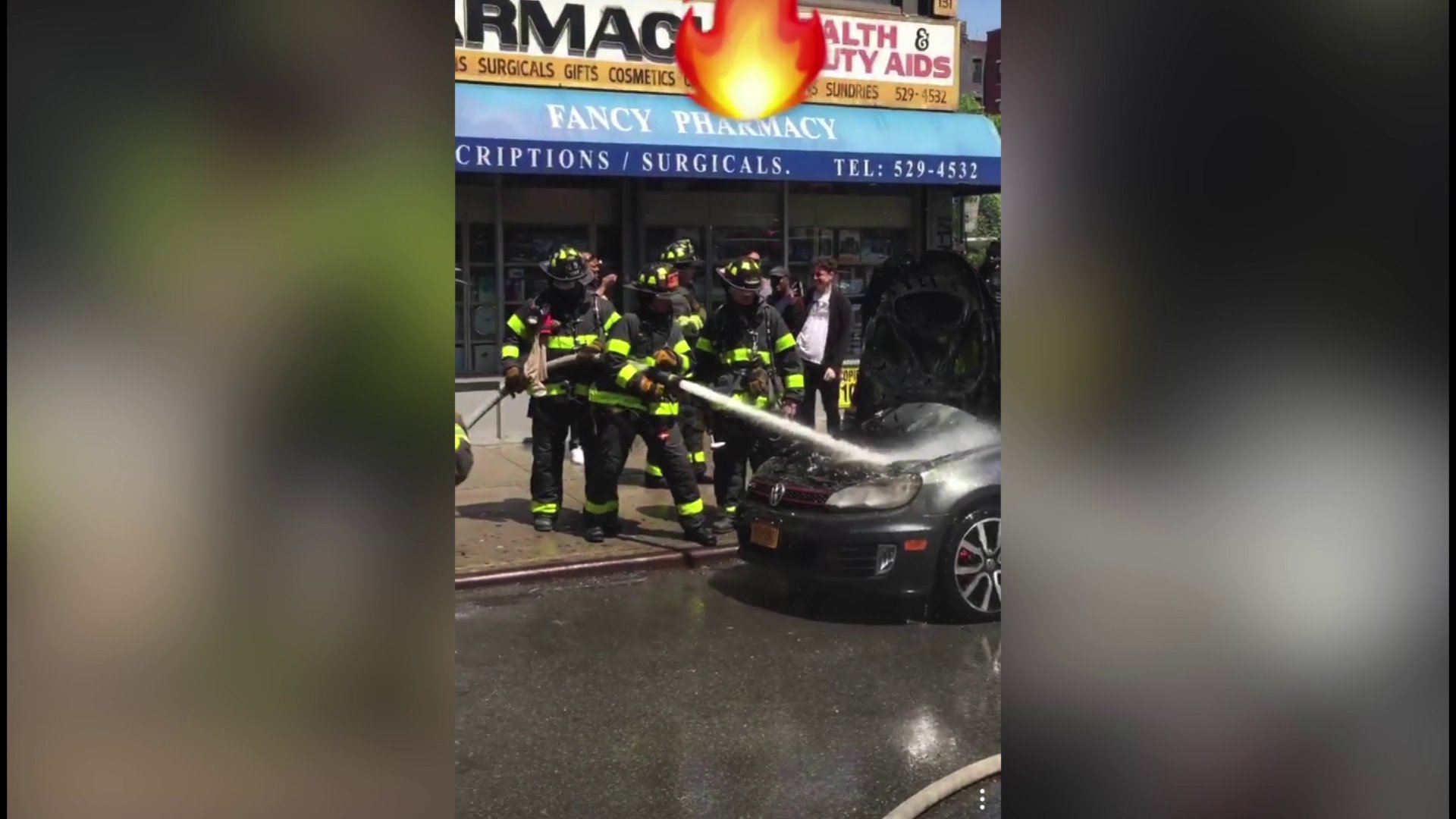 Tony Hawk was there to capture it on video.

An interactive map  can help you figure out where rat sightings are the worst. That map could have helped Alec Steinfeld of Brooklyn.

Steinfeld came in contact with his own rat problem when he tried to drive his car to work after it sat for a week on his block.

“When I started driving initially I smelled roadkill,” he said.

But Steinfeld said despite the smell, he kept driving from Brooklyn into Manhattan. His car troubles became  more serious when he reached Rivington and Essex streets on the Lower East Side.

"It seemed like my engine was overheating and then all of a sudden it started catching fire," he said.

"I tried to open up my hood and there were two baby dead rats on the ledge so there was a lot of confusion."

Steinfeld called 911 and the FDNY responded a short time later.

"By the time the fire department came they actually had to smash open my windshield," he said.

Before last Friday, Steinfeld's car was parked in the same place for a week. It appears several rats made themselves at home below the hood of his Volkswagen and then started chewing.

Once the fire was extinguished, Steinfeld said  he waited for four hours for a tow truck to come — and one of the rats still refused to leave his car.