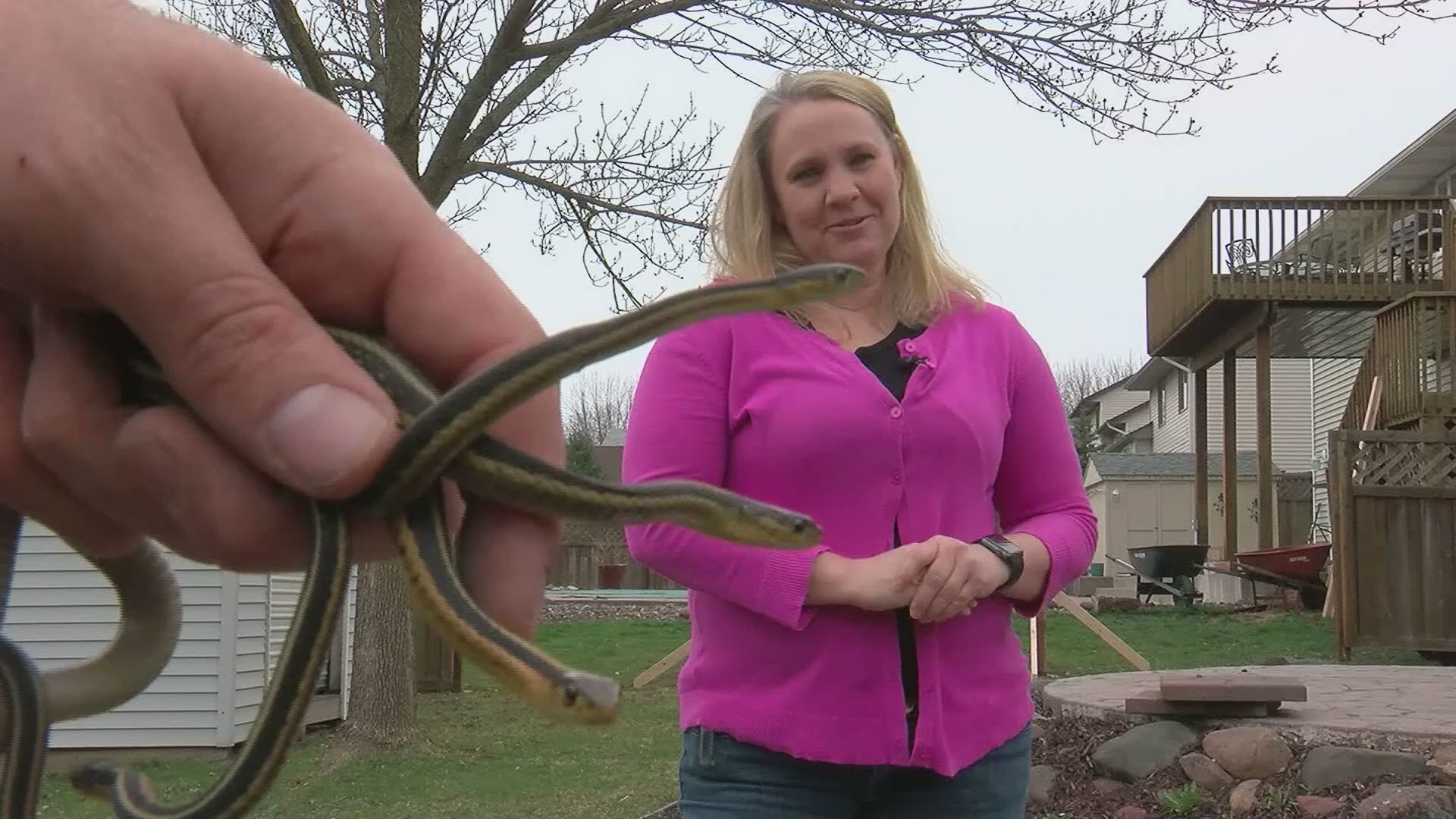 So far, she’s caught about 95 snakes inside her Minnesota home. (WCCO via CNN)

OAK PARK HEIGHTS, Minn. – A single mom’s dream home turned into a nightmare when she learned that hundreds of snakes had already taken up residence at her new house – and aren’t leaving without a fight.

Whitley, a nurse in Minnesota, spent years renting a townhouse. During that time, she saved enough money for a down payment, CNN affiliate WCCO reports. She found a split-level in Oak Park Heights, a great neighborhood for her two kids to grow up in. After several walk-throughs and an inspection, the home seemed ready to go.

It was all perfect – until about 45 minutes after Whitley closed on the house on Oct. 5. That was when trouble slithered in.

“Brought my first sort of box down to my bedroom and I found a snake,” Whitley recalled to WCCO. “One quickly turned into three, four, five. Today, it’s six months later. Now, I’m about 95 snakes that I’ve found inside my house.”

That’s 95 inside the house. There are a few hundred more outside.

Whitley learned a garter snake den is somewhere under her property, which sits close to a marsh. It’s the perfect location of a reptile attracted to heat and to each other.

Whitley has spent more than $13,000 herself trying to get rid of the problem. She ripped up her finished basement to seal off any cracks where the snakes could get in. Cracks as small as a pencil eraser needed to be sealed shut.

She also pumped 40 gallons of water from a large hole she found in the foundation. But the change of seasons has brought the snakes best.

Adam’s Pest Control has donated their services to try to find the snake den. In the meantime, Whitley is sleeping upstairs on the couch and staying out of the basement.

“I hate that she’s going through this,” said Mark Anderson, with Adam’s Pest Control.

Whitley has hired a lawyer and likely will enter into arbitration with the home’s previous owners over the snake problem. An arbitrator will determine if fraud occurred during the sale of the home and who should be responsible for the costs of trying to rid the property of the slithery creatures.

The previous owners have not commented on the issue.