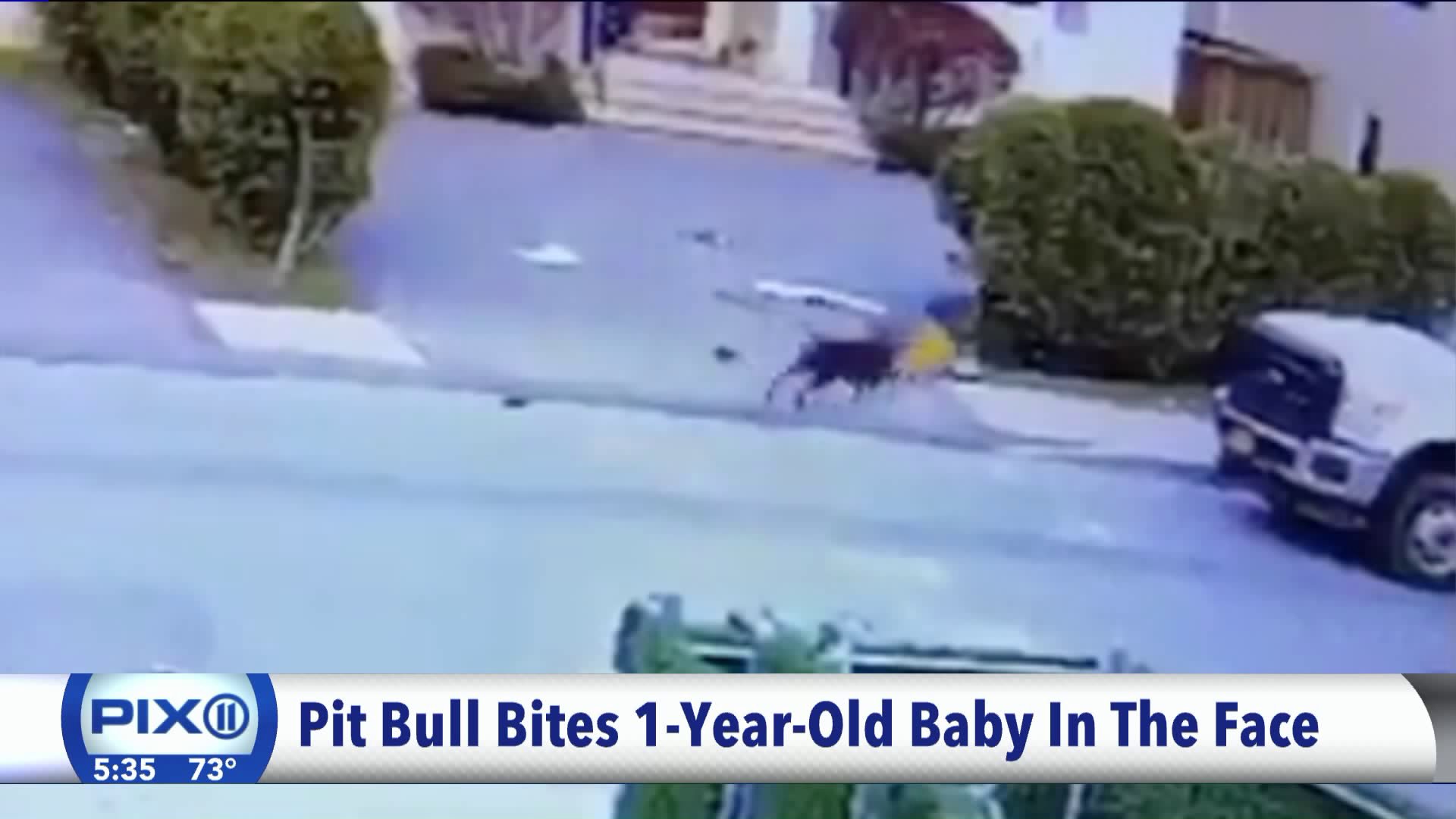 The child was trying to play with the dog when it bit them.

CORONA, Queens — A toddler was critically injured after a pit bull bit her in Queens Monday afternoon.

The girl, 1, followed her babysitter from inside of a Corona home to the backyard to feed the dog.

The child playfully tried grabbing the bone from the dog's mouth, causing it to bite her.

"She had cuts all over her face, her neck and hands, she was bleeding," neighbor Adonys Rodriguez told PIX11 News.

She was taken to Elmhurst Hospital in critical but stable condition.

The girl's parents were at work at the time.

The dog was taken from the home by the NYPD's Emergency Services Unit and given to Animal Care and Control officials. It was not immediately clear what would happen next.