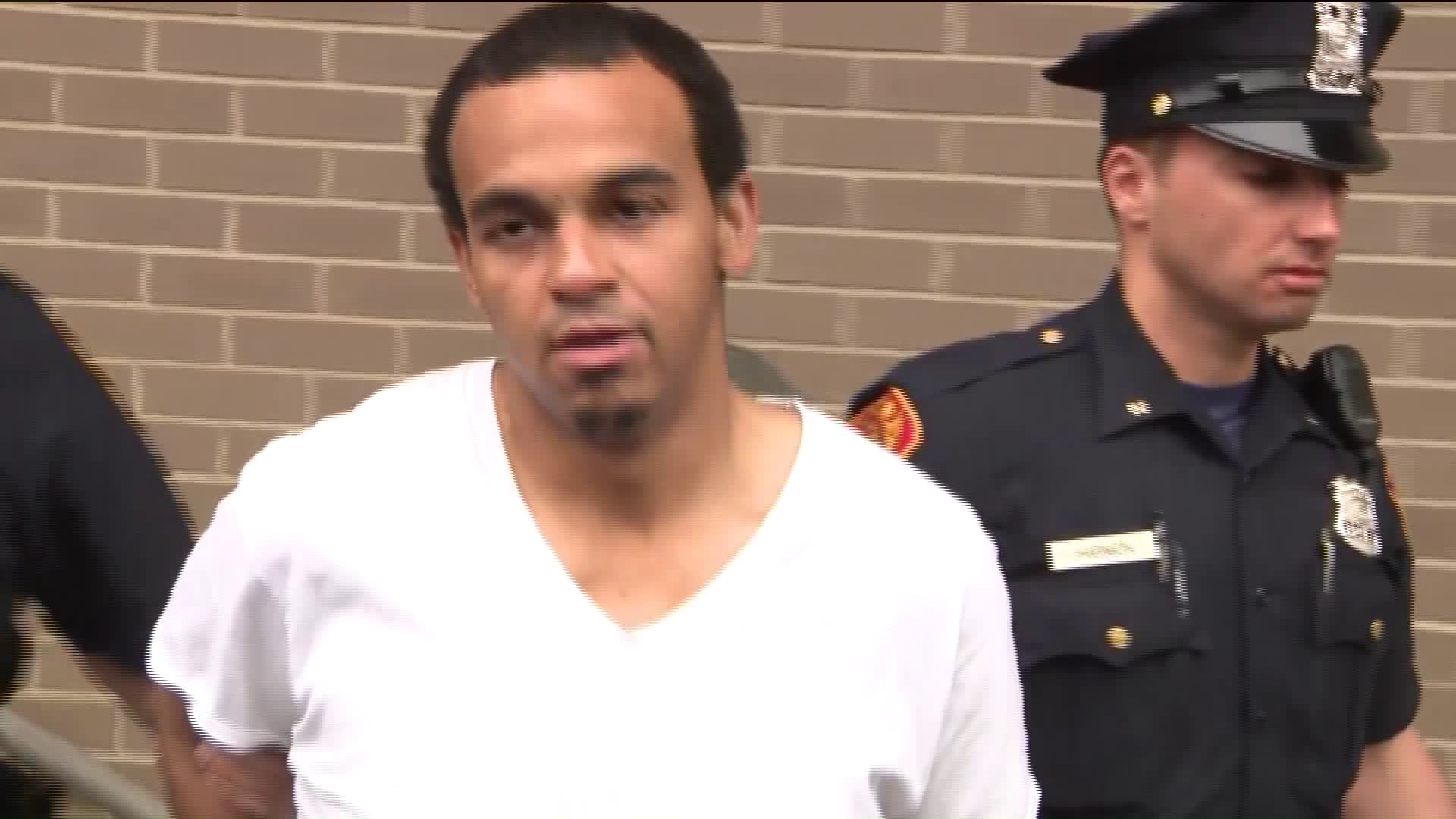 Business owners across Nassau and Suffolk counties have lived in fear since February, when a string of armed robberies first hit the area.

HUNTINGTON STATION — The man who's held up 18 stores at knifepoint or with a machete for the last three months has finally been caught, according to police.

Cashmore both confessed to and apologized for his alleged crimes as officers moved him from the precinct where he'd been charged to court, where he was scheduled to be arraigned.

"I'm a heroin addict," he said to the dozen or so reporters and photographers waiting for his transfer. His statement was in response to their questions that sought his motive.

When asked what message he had for his alleged victims, "I'm sorry. I'm sorry," he said, just before officers closed the door and drove him away.

Meanwhile, PIX11 News visited one of the dozen and a half shops that had been held up since mid-February. At the Bohemia, Long Island Baskin-Robbins, the owner, who did not want to give her name, said she "was very, very happy" that police had made an arrest.

"We can sleep at night," she said.

Meanwhile, right next door, at the Pets Warehouse pet store, there was also relief.

He added that his father, a Suffolk County police officer, had been among the first on scene at Cashmore's arrest.

Oakley further added that the fact that Long Island is in the midst of a heroin epidemic means that another so-called Knifepoint Robber could arise.

"It could happen again," said Oakley, "with other people."