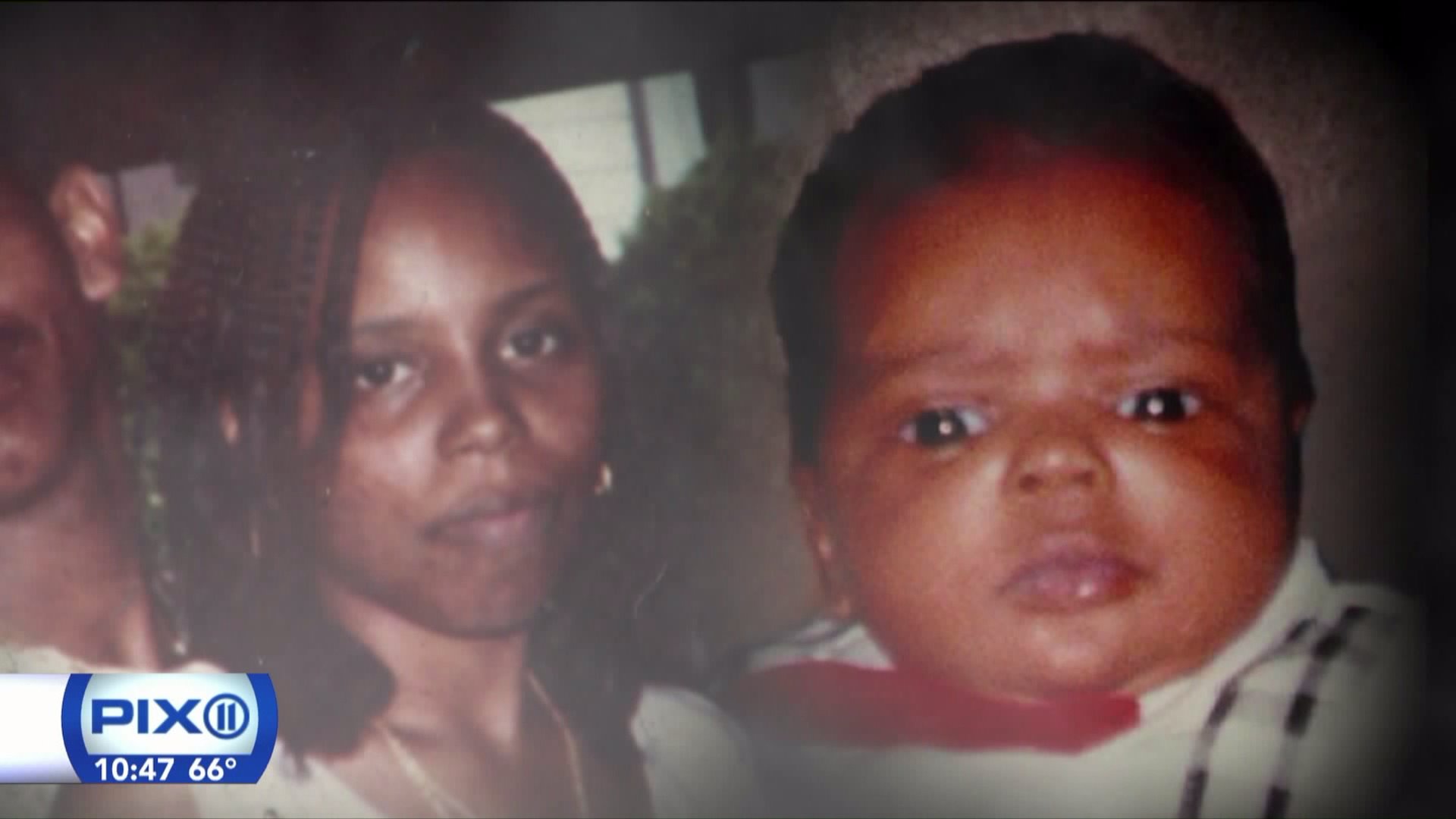 The first step would be tracking down the forensic evidence from nearly 30 years ago.

BUSHWICK, Brooklyn — Simone Rivera, a Brooklyn mom living in Bushwick, said she decided to reach out to PIX11, after her murdered sister appeared to her three times in the same kind of dream.

"She asks me, 'Are you ready, Simone--to find out who did this to me?" Rivera recalled. "She's been taking my hand to walk through doors. And when she opens the door, it's like a bright light. I don't see anyone. I just see a shadow."

Simone's 22-year-old sister, Monique, was last seen alive on March 29, 1989, when she left her house on Madison Street in Bushwick, carrying her 6-week-old baby son, Andre Bryant, to go shopping with two women.

They were driving a burgundy, Pontiac Grand Am with Maryland plates. Monique left her two older sons, 7-year-old Timothy and 4-year-old Thomas, with her sister-in-law inside the family apartment.

She initially left Andre with his brothers, but the sister-in-law told police later that Monique returned to the apartment, because the two women wanted the baby to go with the group.

"She told my sister it was someone she used to go to school with," Monique's husband, Timmy Bryant, told PIX11 recently.

The next day, March 30, 1989, the body of Monique Rivera was found near a road by City Island in the Bronx .

He's never been seen since.

Rivera's recent dreams so disturbed her that she decided to contact the Mary Murphy Mystery Facebook page. PIX11 had done a 2013 story on the unsolved kidnapping and murder, but Rivera had never spoken publicly and gave us a few more details about the condition of her sister's body.

"I'll tell you one thing; she fought for that baby," Simone Rivera said. "Her hands were very bruised, and her nails were broken off, because she was struggling with them."

Two toddlers were snatched in 1989--three months apart, from the same Harlem park--and there was talk that a baby-selling ring may be taking children. But Simone Rivera doesn't think her nephew was sold on the black market.

"I think it's something personal," Rivera said "They know us. It's no stranger."

PIX11 contacted the NYPD and asked if the Cold Case Squad might be able to review this unsolved murder and kidnapping.

The first step would be tracking down the forensic evidence from nearly 30 years ago and evaluating the integrity of how it was packaged, a vital step before utilizing enhanced DNA technology.