Twin toddlers in toy car get pulled over by NYPD 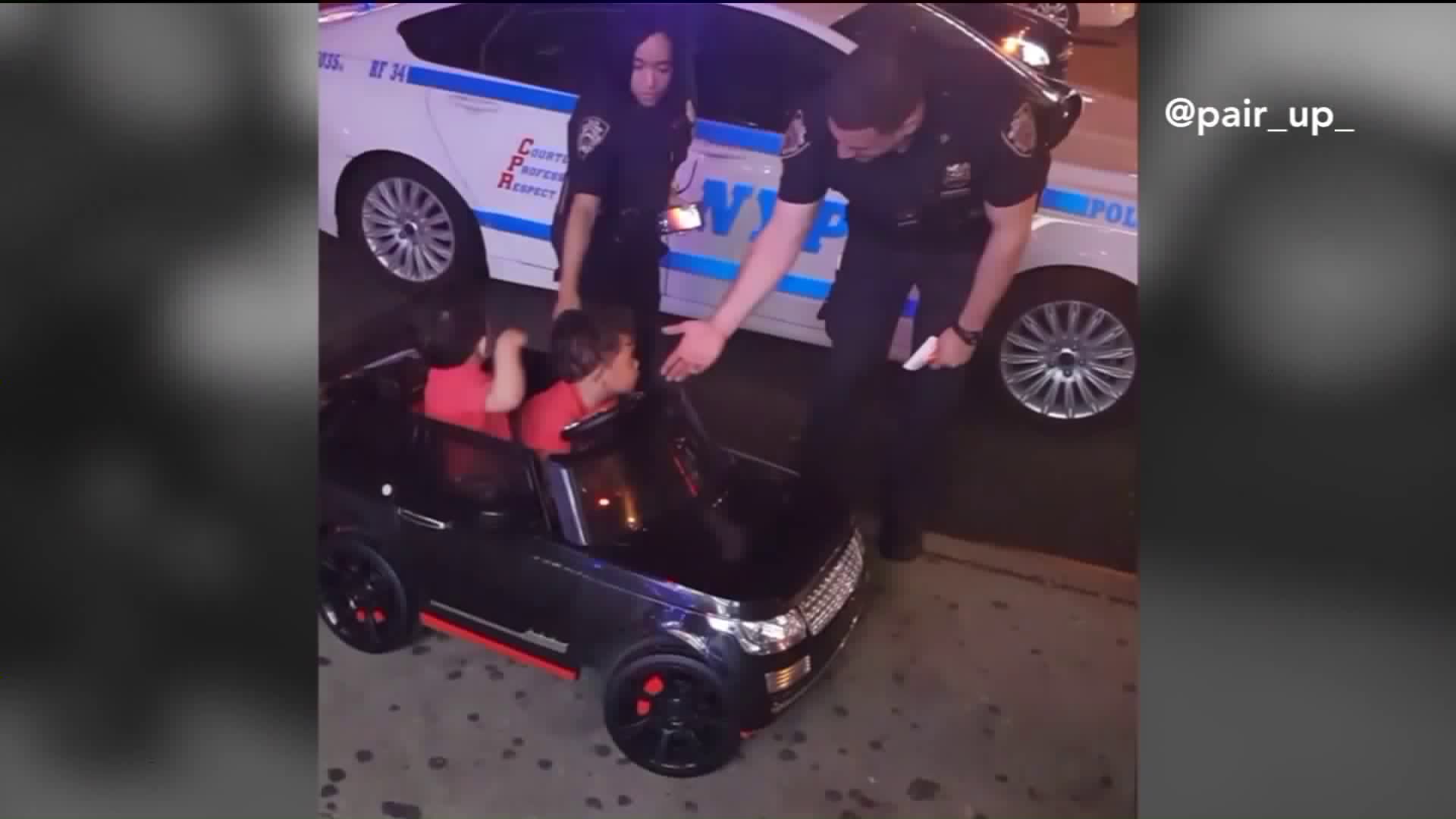 The twins were driving in Washington Heights when the police stopped them.

WASHINGTON HEIGHTS, Manhattan — Adorable twins Aaron and Evan were out for a drive through Washington Heights in their toy car when they ran into trouble.

An NYPD patrol car - with its lights on - pulled up alongside their miniature Range Rover on Friday night.

"You got a license?"

The twins' dad, who caught the whole thing on his phone, thought it was hilarious and played along. One of the officers ticketed the twin in the driver's seat - or at least he tried to. The twin handed the ticket right back.

"Only in New York," their dad Alex can be heard saying on the video posted to Instagram.

One of the kids high-fived an officer while the other rested his head on the steering wheel.

The Instagram videos of the encounter quickly racked up thousands of views.

"License & registration please! Don't worry these two little guys got off with a warning (plus a high five & two new friends)," the NYPD tweeted.