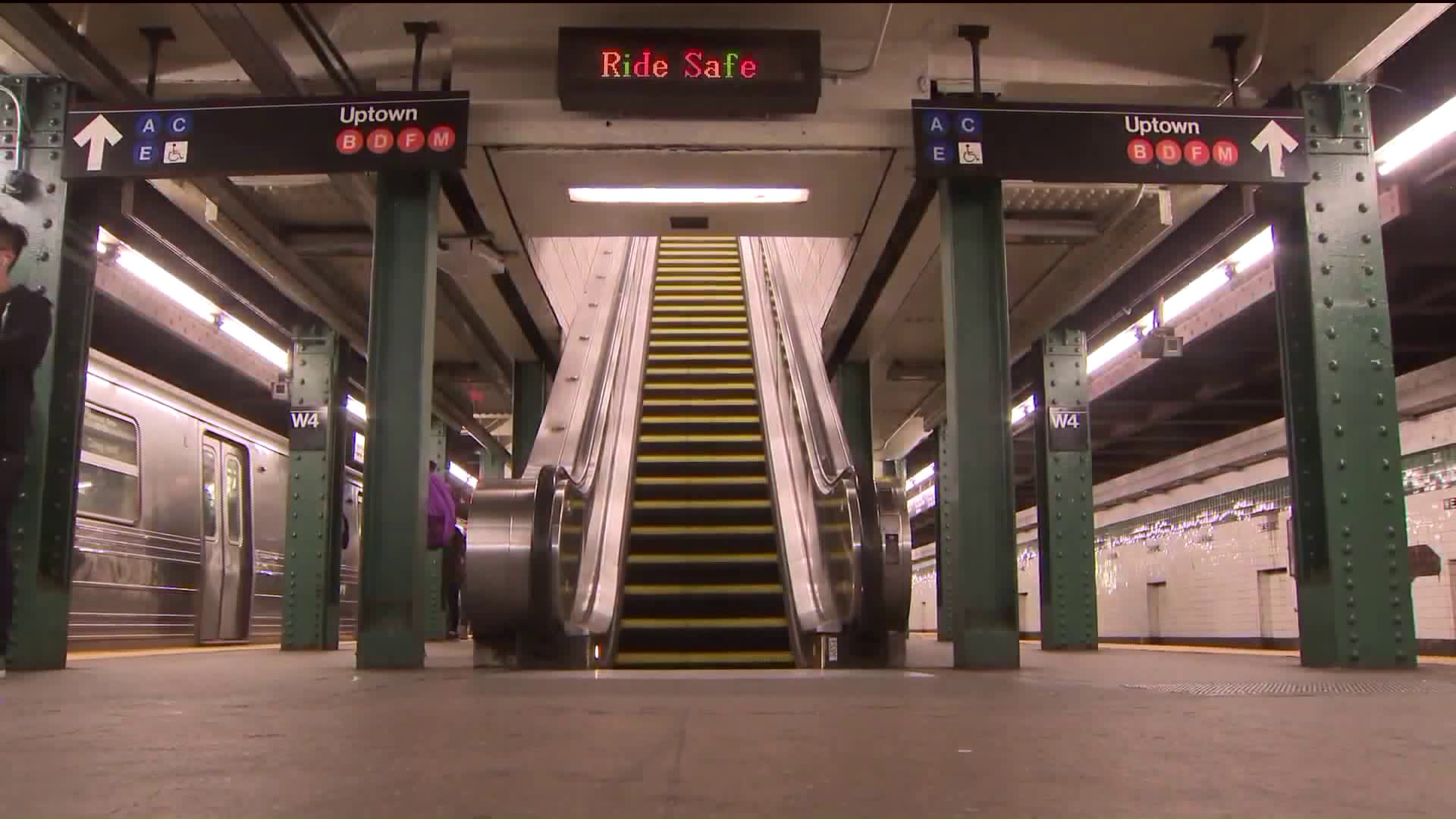 A report by Comptroller Scott Stringer found that many stations did not receive maintenance work.

WEST VILLAGE, Manhattan — If it seems like the escalators or elevators at your subway stop are often not working properly, it's not just your imagination, the city's top investigator said in a report released Monday.

"They break down a lot," said a woman shortly after departing an elevator in the West 4th Street station. "A lot," she added for emphasis.

"Yeah, the service is lousy," said another man as he walked from the elevator to the F train.

"We have a complete maintenance mess," said Stringer at a news conference to announce his findings. "According to our audit, [the MTA is] not planning, they were not holding accountable people within the agency."

Those results were the culmination of the work of investigators from the comptroller's office examining dozens of elevators and escalators throughout the subway system over a year and-a-half.

They compared the machines' maintenance records with conditions that they observed on location and concluded that 80 percent of all inspected elevators or escalators that were scheduled for maintenance did not receive the work as scheduled. About a third were serviced later than scheduled, or not serviced at all.

"Every amount that you shine more light on [the situation]," said Sasha Blair-Goldensohn, an accessibility advocate, "makes it harder for [the MTA] to duck and weave."

Blair-Goldensohn uses a wheelchair, and to travel around the city, he relies on elevators to get to trains. He's involved in a lawsuit against the MTA to try and get greater access for disabled riders. Blair-Goldensohn attended the announcement of the audit, and applauded it. He did not applaud the MTA.

"They know to some extent," he said in an interview after the news conference, "the worse the service, the fewer people [with disabilities] will ride."

He expressed some hope that the MTA will improve its subway access, but it was tentative at best.

Meanwhile, the person who oversaw the exhaustive audit said it should be instructive for the country's largest transportation authority.

"This should be a wake up call for the MTA ," said Stringer, "to step up, and follow through on its maintenance schedule."

For its part, the MTA said in a statement from spokesperson Beth DeFalco:

“New York City Transit is spending more than $1 billion to increase the number of ADA-compliant subway stations and replace existing elevators and escalators as part of our current Capital Plan. The most in-depth inspections were all completed on time during the audit period. We have a detailed system for the maintenance of these machines and closely track work that is done to keep our elevators and escalators safe and available for our customers. We are continually looking at new ways to improve the performance of equipment and maintenance practices.”