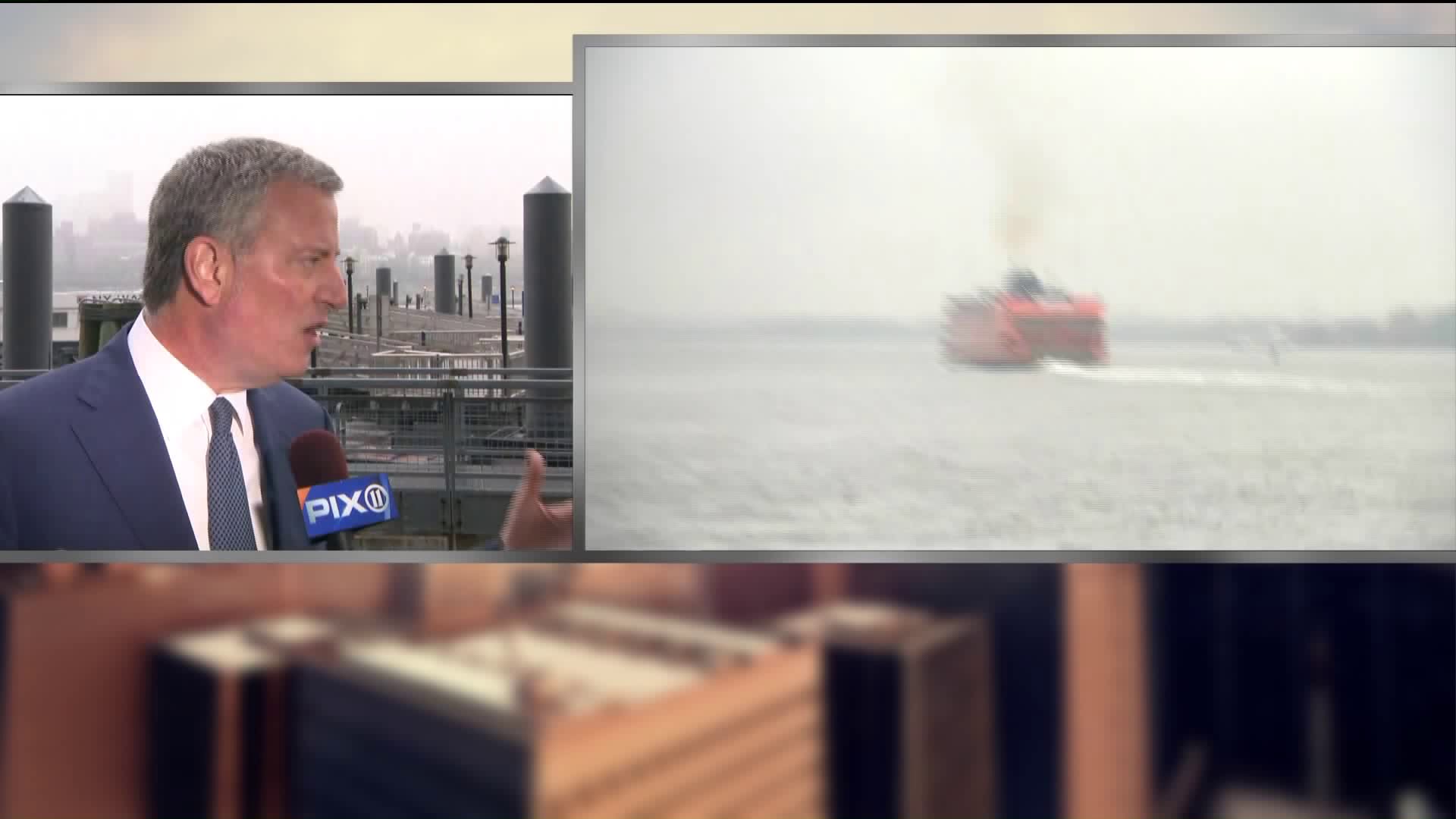 The route for the Rockaways, Wall Street ferry, which launched May 1, 2017, is seen. (NYC Ferry)

Monday's rides are the first of six new lines or expansions scheduled in this city the next two years.

The Rockaways ride, lauded for its inexpensive price of $2.75 per ride and scenic offerings when compared to the underground subways, is expected to help some residents shave as much as an hour off their commute.

Additionally, Mayor Bill de Blasio says it should increase the traffic in and out of the Rockaways.

“The Rockaways, they’ve been too isolated for too long. It’s time we did something to give them a better chance to connect with the rest of the city,” de Blasio said Monday.

With its pre-summer kickoff, the mayor says the ferry could also benefit the area economically, as people unfamiliar with the Rockaways seek out the location's beautiful beaches and delicious restaurants.

The new ferry line travels between the Rockaways, an area historically underserved by public transportation, Sunset Park and Wall Street.

Ferries will depart from the Brooklyn Army Terminal in Sunset Park for Wall Street every hour in each direction.

Also beginning Monday, East River commuters will enjoy an extra stop at Governors Island, while it is open, and service expanded about two hours later.

Other new ferry rides expected this year include South Brooklyn and Astoria routes, and Soundview and Lower East Side beginning next year.