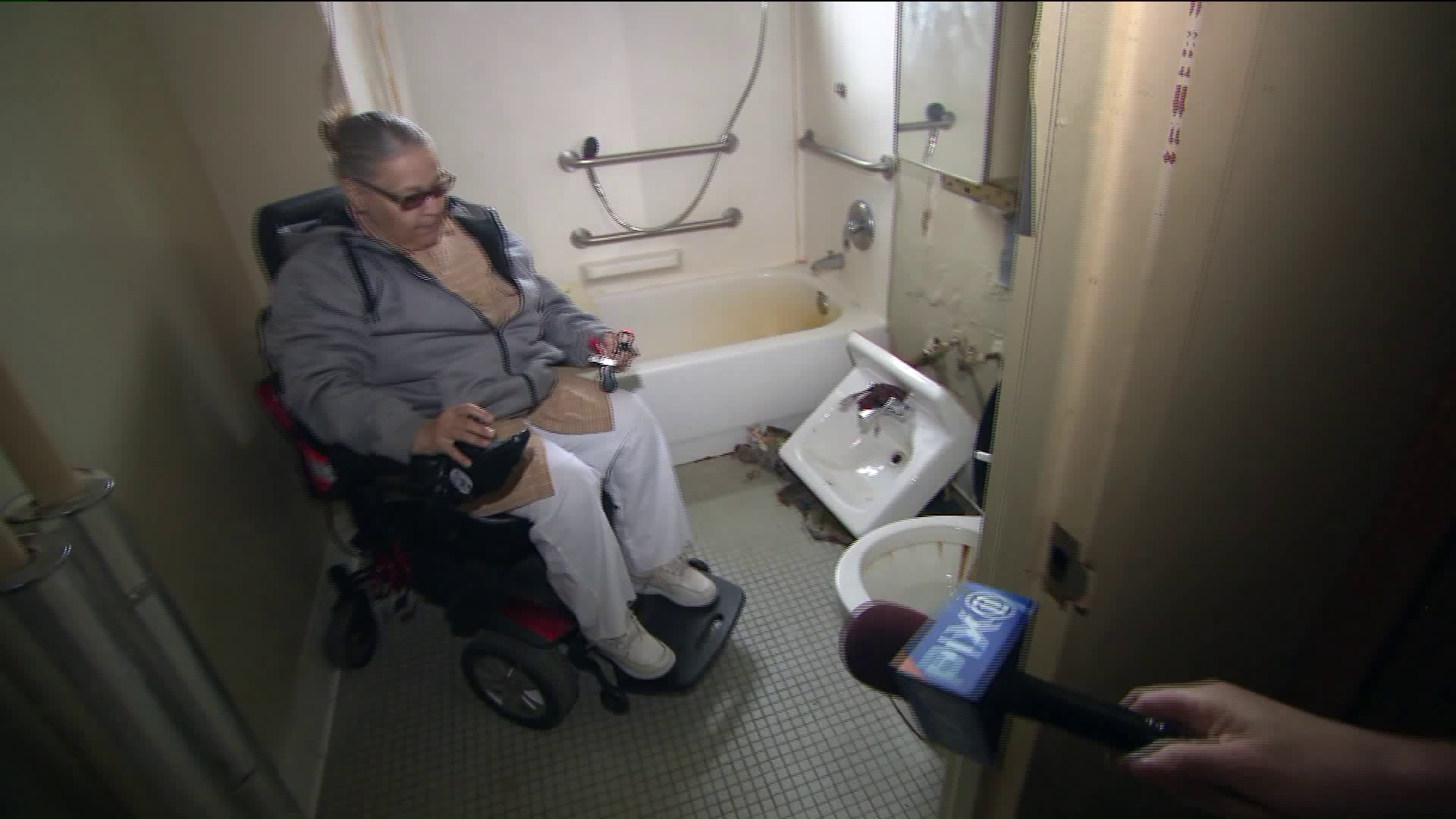 The woman says she hasn`t been able to use her bathroom in weeks.

SOUNDVIEW, The Bronx — A Bronx woman claims it's been it's been weeks since she's been able to use the bathroom in her apartment.

"I feel helpless. PIX11 News is my last hope," said Nancy Otero. "My sink is on the floor right now."

Otero, who is in a wheelchair, say it's hard enough to maneuver in her apartment in the Bronx River Houses. She says a massive leak in her bathroom has made it impossible to bathe.

"I put in complaint after complaint to the City, and nothing happens," complains Otero.

According to a spokesperson at the New York City Housing Authority:

"Staff discovered the source of the leak is the tub in the apartment above that needs to be replaced. They made a temporary fix until the tub can be replaced later this week. Staff also installed the resident’s bathroom sink today and will continue extensive repair work this week. This situation was unacceptable. We can and must do better.”