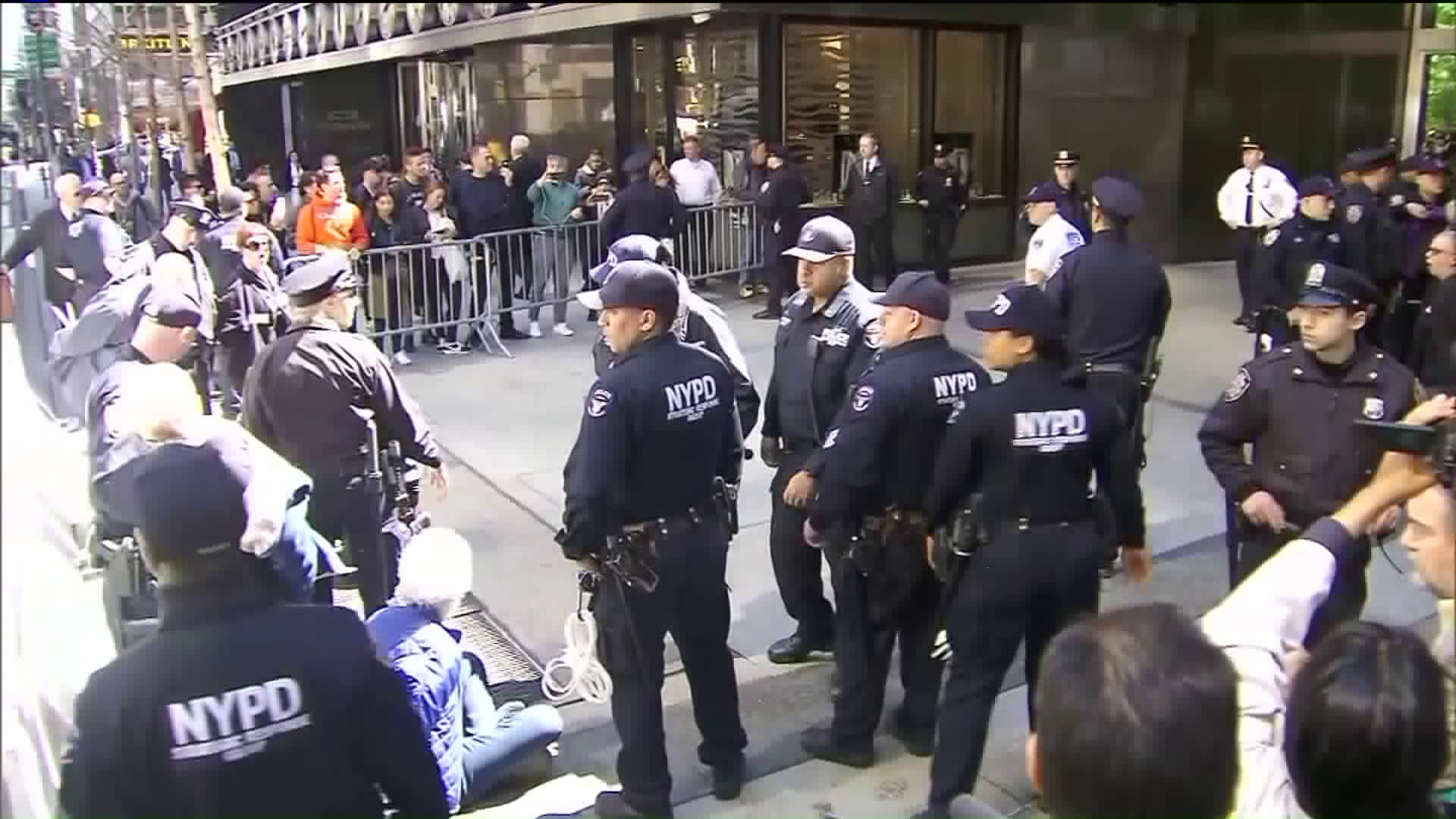 New York City is getting a multi-million dollar reimbursement.

NEW YORK — The federal government is putting a plan in place to reimburse New York City for the ramped up security at Trump Tower.

The Feds agreed and allocated funds in a budget agreement on Sunday.

The agreement creates a $68 million protection package that will likely be split between New York City and Mar-a-Lago in Florida, President Donald Trump's home away from home.

President Trump has not been in the city since Jan. 20, but first lady Melania Trump and their son Barron live in Trump Tower.

"We are getting what we are owed. That's good news for our city and the hardworking police officers faced with this unprecedented security challenge."

Former NYPD Lt. Dr. Darrin Porcher says the tax payer may still carry a burden if a long term solution is not in place. He says the ultimate concern for the NYPD is to protect to New Yorkers and providing a security detail for a sitting president is a massive undertaking.