Bullying in grade school is on the decline, new study suggests 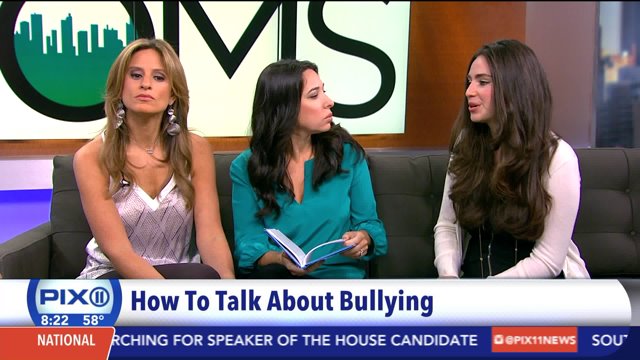 The Moms share their views on bullying and what children should know about it moving forward.

NEW YORK — Students are feeling safer at school according to a new study that suggests bullying is on the decline.

A study conducted by the University of Virginia and partners collected data from more than 246,000 students in grades four through 12 in 109 Maryland schools. The study lasted for 10 years before revealing the results in the journal Pediatrics on Monday.

“While bullying is a significant public health concern and has received considerable attention from the media and policymakers, these data suggest that things are starting to improve,” said Catherine Bradshaw, professor and associate dean for research and faculty development in UVA’s Curry School of Education said in a news release.

According to UVA, many studies about bullying don't extend over a long period of time or include data from elementary through high school students.

Researchers measured 13 indicators of bullying and behaviors related to bullying. They analyzed whether students had been a victim of bullying in the last month, if they considered bullying a problem at their school and questions about safety and belonging.

The study found 80 percent of students reported that they felt safe at school. The statistic showed that the ratings for safety have significantly improved over the last decade.

Roughly 28 percent of students reported that they were bullied within the last month.

The study found that more than half of students had witnessed a bullying incident.

“The findings show promise that there has been a decrease in the rates of bullying during the years of the study, which contradicts the public’s misperception that bullying is on the rise,” Bradshaw said. “That being said, the research shows that too many students are experience bullying on a regular basis, including cyberbullying, due to the increasing use of technology and social media – especially among younger students."

The conclusion of the study states that there is more research needed to identify the factors of why bullying is decreasing.