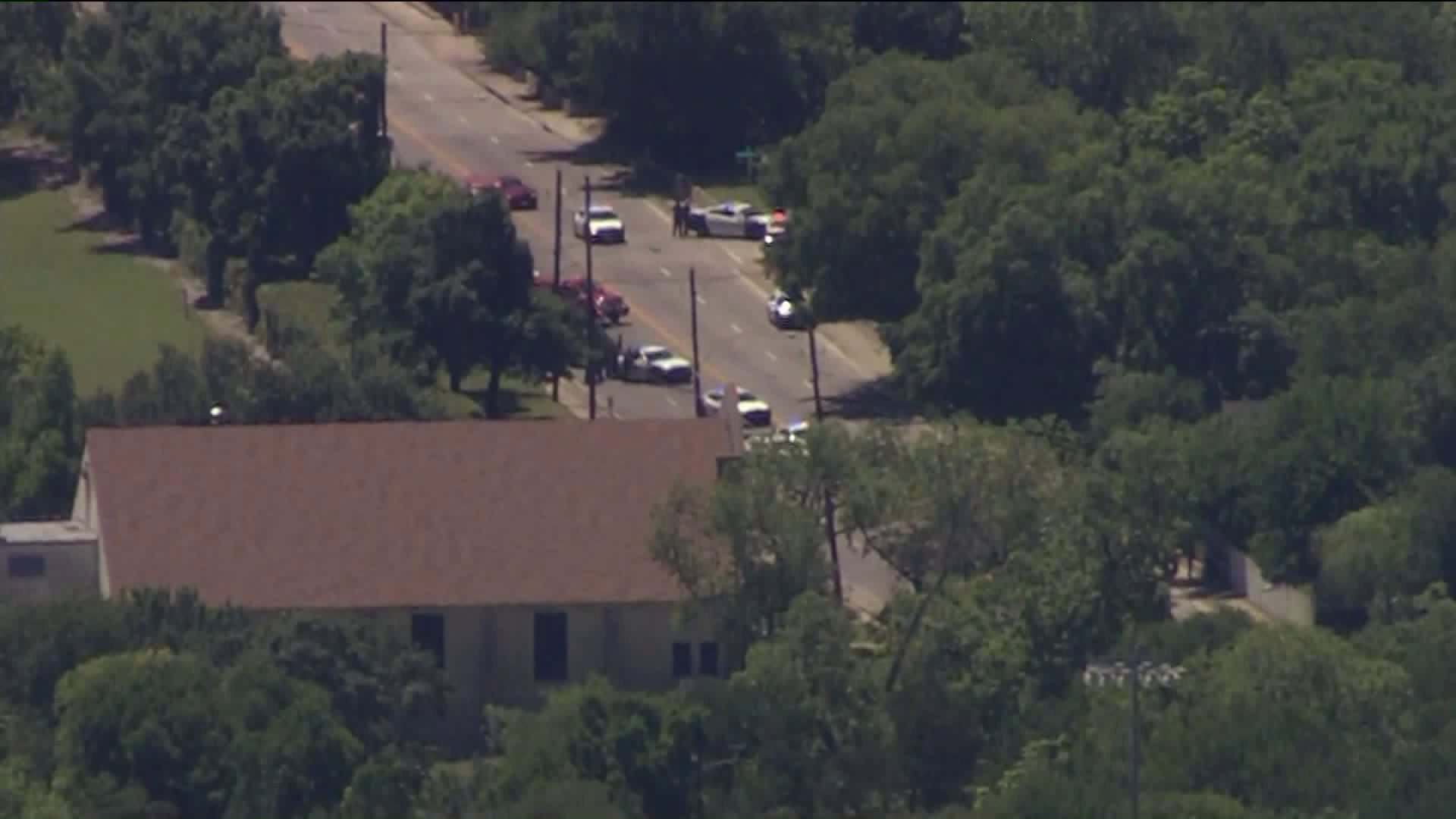 A suspect is in custody.

AUSTIN, Texas — Emergency responders say one person is dead and three others have been taken to a hospital with “potentially serious injuries” after a stabbing attack on the University of Texas campus.

Austin police say one person is in custody Monday afternoon.

Police responded to Gregory Gym just before 2 p.m. to the report of multiple stabbings.

There was no immediate word from police about a possible motive.

Student Rachel Prichett said she was standing in line at a food truck outside a gym when she saw a man with a large knife approach the person standing behind her.

“The guy was standing next to me,” Prichett said. “He grabbed him by the shoulder and shoved the knife in it. I just started running as fast as I could.”

Another student, Ray Arredondo, said he was walking to his car when a mass of students near the gym started running.

“They were just screaming, ‘Run! Get out of here!'” Arredondo said.

Lindsey Clark said she saw the suspect get tackled by police as he was running toward the entrance of Jester Hall, a complex of dormitories and classrooms. She described him as wearing a bandanna and gray sweatshirt and said he appeared quiet and subdued as police held him on the ground.

“You could see and hear people running and screaming: ‘There he is!'” before he was tackled by officers.

University Police Chief David Carter said it would be "premature" to discuss the suspect's motive and "what was going through his mind."

Arredondo later saw what looked like CPR being performed on someone outside the front door of the gym. Another student was sitting on a bench being treated for cuts to the head or neck, he said.

Authorities cordoned off the scene as a large contingent of state and local police, including officers in helicopters, swarmed the area.

The University of Texas is blocks from downtown Austin and the Texas Capitol and is one of the nation's largest universities.

The attack occurred in the central campus, just a short walk from the administration building and the landmark clock tower that was the scene of a mass shooting in 1966.

The attack came only a few days after a 19-year-old man armed with a machete wounded two people at a university coffee shop in Lexington, Kentucky.

In the April 28 attack, the assailant at Transylvania University asked about the political affiliations of people at the shop. He was arrested and charged with assault. The victims' wounds were not life-threatening, authorities said.

Unidentified suspect apprehended for stabbing two subjects and assaulting a one other. One of the victims died due to their wounds.