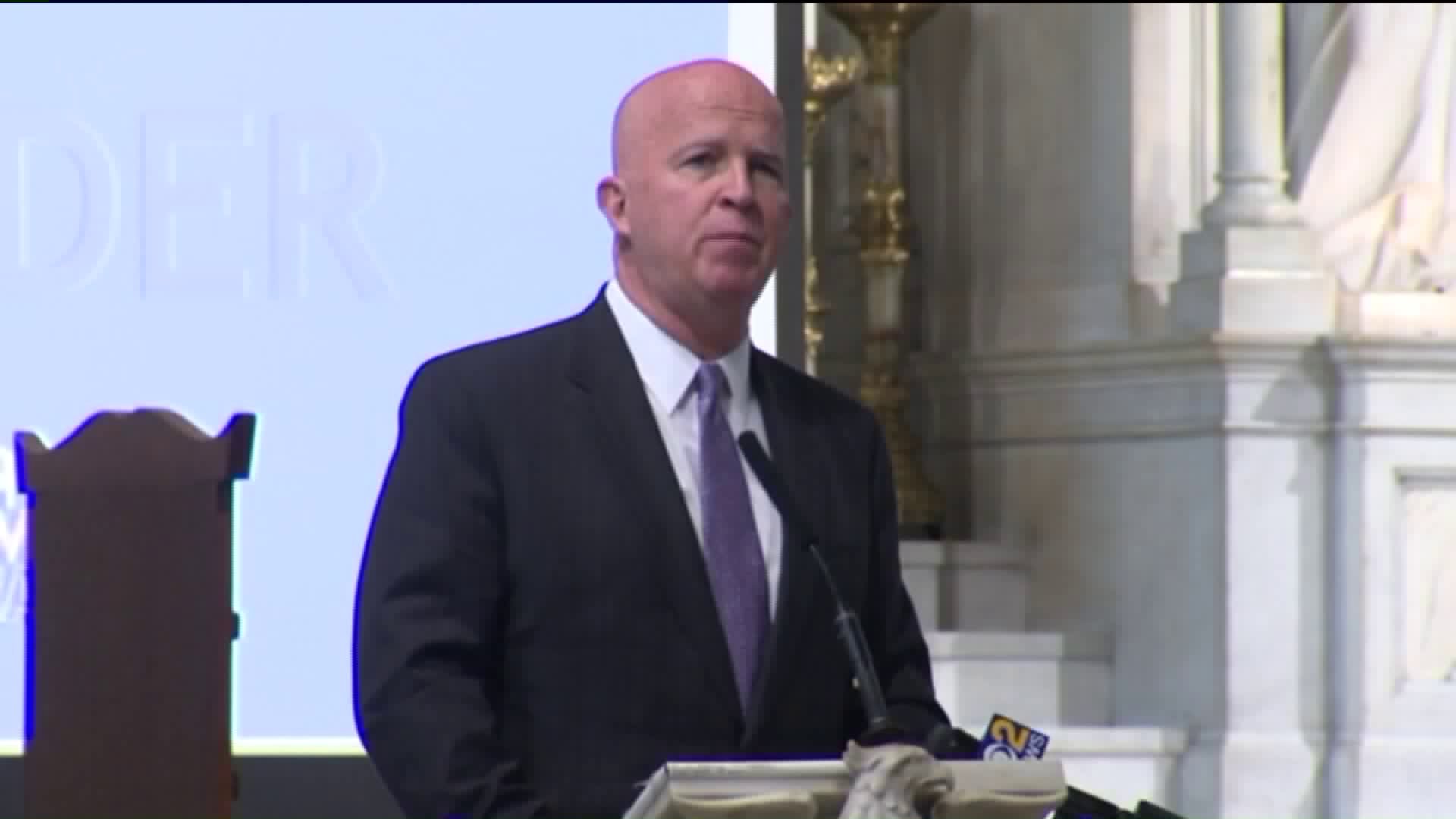 More than 600 people from South Bronx churches packed Immaculate Conception Church with one goal in mind: to ask the police commissioner to make sure this community of immigrants is safe for everyone, regardless of immigration status.

THE BRONX –– More than 600 people from South Bronx churches packed Immaculate Conception Church with one goal in mind: to ask the police commissioner to make sure this community of immigrants is safe for everyone, regardless of immigration status.

"I am the grandson of immigrants," NYPD Commissioner James O'Neill told the crowd. "I understand diversity. We are a majority minority police department. That's what it takes to keep this city safe."

One 18-year-old college freshman whose relatives are undocumented immigrants from Mexico spoke about his fear that his family will be suddenly deported.

"I fear that one day my family will be taken away and my happiness will be gone if my family is taken away," Jonathan Rivera told the audience members.

After this hour-long forum on immigration ended, one of the organizers, Father Francis Skelly, said he was disappointed that the police commissioner could not promise to have an NYPD officer present whenever a federal ice raid takes place.

"We would be naive to think that sometimes people's rights are not violated," Father Kelly told PIX11. "We would like police to be there not to interrupt ICE, but to record what's happening."

But the police commissioner said it was a manpower issue.

"Any success I've had is in telling people the truth," the commissioner said. "I'd say we can continue the conversation. But that's not something I can promise right now."

The police commissioner agreed to attend a similar public assembly in Brooklyn in the coming weeks.