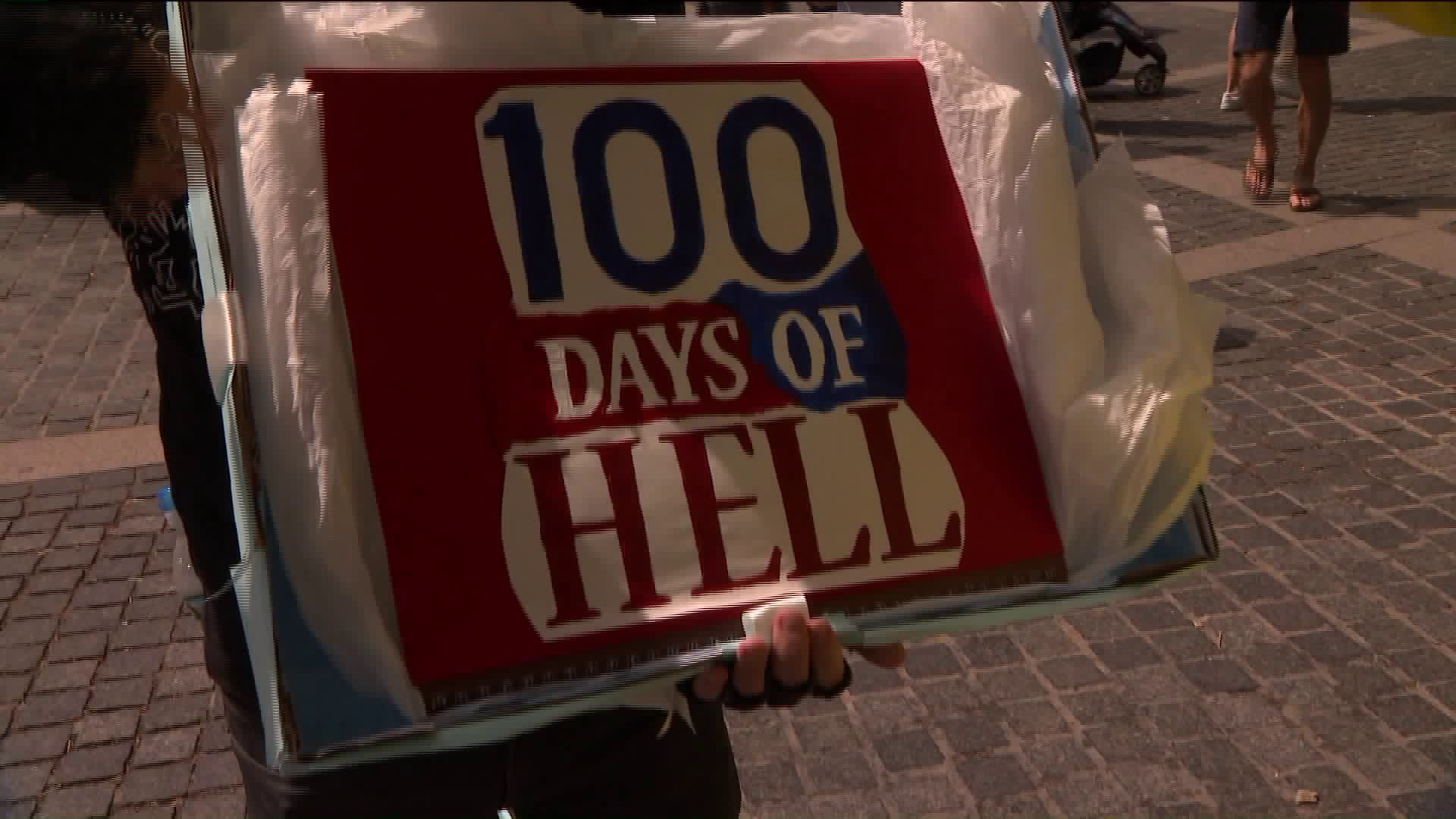 Thousands of people who support action on climate change are expected to brave the sweltering heat Saturday and march.

Thousands of people who support action on climate change are expected to brave the sweltering heat Saturday and march through the nation's capital as part of the People's Climate March.

"We resist. We build. We rise," a slogan for the event reads.

With temperatures expected to hit 90 degrees, the march is set to begin at 12:30 p.m. near the Capitol. Protesters then plan to move to the White House and end up at the Washington Monument, according to the proposed route map.

Hundreds of sister marches are also planned across the US and around the world.

They're being held to coincide with President Donald Trump's 100th day in office and take on his environmental policies.

"Now Trump's entire fossil fuel agenda is next, and we believe that the path forward is based in the voice of the people -- which is expressed first and foremost through mass protests and mass marches."

The protest continues the trend of heightened liberal activism since Trump's election, best seen in the Women's March in January and the protests at airports to combat the administration's travel ban.

'Trump is undoing everything Obama did'

On Facebook, about 12,000 people have RSVP'd they are attending. Celebrities, including Leonardo DiCaprio and former Vice President Al Gore, are expected to march as well.

Michele Holmes, from Harlem, is one of those activists. She joined about 200 others who climbed into four buses traveling to Washington early Saturday to join in the march.

"Trump is undoing everything Obama did. He doesn't realize climate change impacts everyone. It impacts him," Holmes told CNN. "Change is inevitable, and only we can solve it -- the impact is just changing the way we live."

Joining the march in Washington, 16-year-old Olivia Springberg tried to make the issue of climate change personal to Trump. She held a sign that warned how rising sea levels could affect Mar-a-Lago, Trump's Florida resort.

The target for these protesters is the Trump administration's climate policies, which have prioritized economic growth over environmental concerns.

In Trump's first 100 days, the Environmental Protection Agency has moved swiftly to roll back Obama-era regulations on fossil fuels while also facing significant planned budget cuts. Trump also has approved the Keystone XL pipeline, which the Obama administration had blocked.