24-year-old stabbed to death outside Upper West Side restaurant 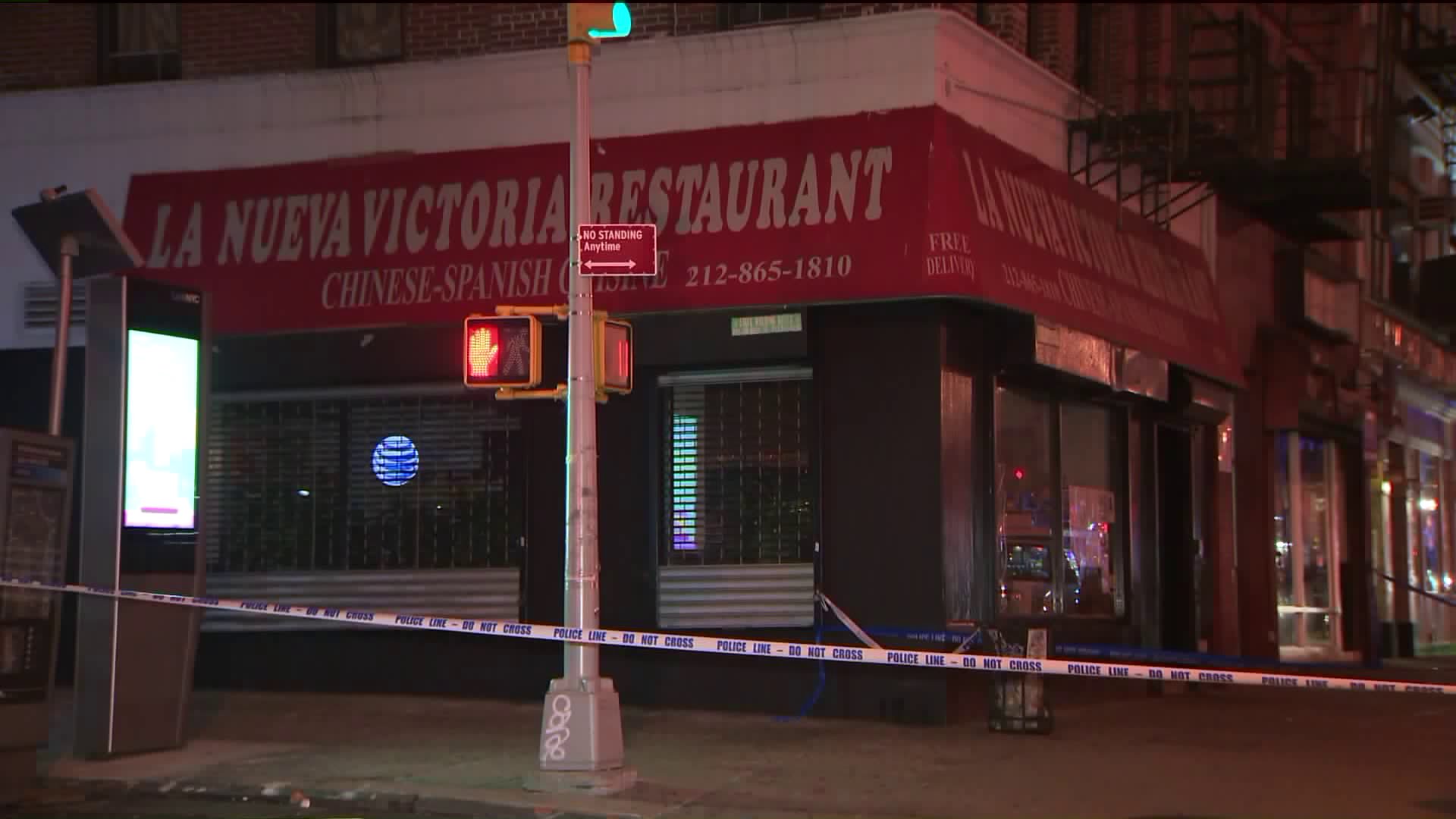 Police say a 24-year-old man was stabbed to death on an Upper West Side street late Thursday.

UPPER WEST SIDE, Manhattan – Police say a 24-year-old man was stabbed to death on an Upper West Side street late Thursday.

Police say a 24-year-old man was fatally stabbed on the Upper West Side.

Officers responded to a 911 call of a man stabbed in front of La Nueva Victoria restaurant on Broadway before 11 p.m. When cops arrived they found a 24-year-old, later identified as Special Anthony Stewart, with stab wounds to the torso, police said.

EMS took him to a hospital, where he was pronounced dead.

Investigators say the victim got into a fight with his killer in front of the restaurant when at some point the individual took out a knife and stabbed him.

George Wheaton, 33, who lives nearby saw the aftermath of the stabbing.

"A lady saying 'stay on the ground, stay on the ground' [to the victim]," Wheaton said. "The guy was laid out on the ground. He was bleeding heavily from his body. It was very unfortunate, you don't see that happening over here too often."

Wheaton said several customers who witnessed the stabbing outside the venue, came rushing out to try and identify the suspect to police.

"It's a very popular restaurant," he said. "People came out saw what was happening described the [suspect.]"

There are no arrests at this time. Police have not yet released a description of the suspect.