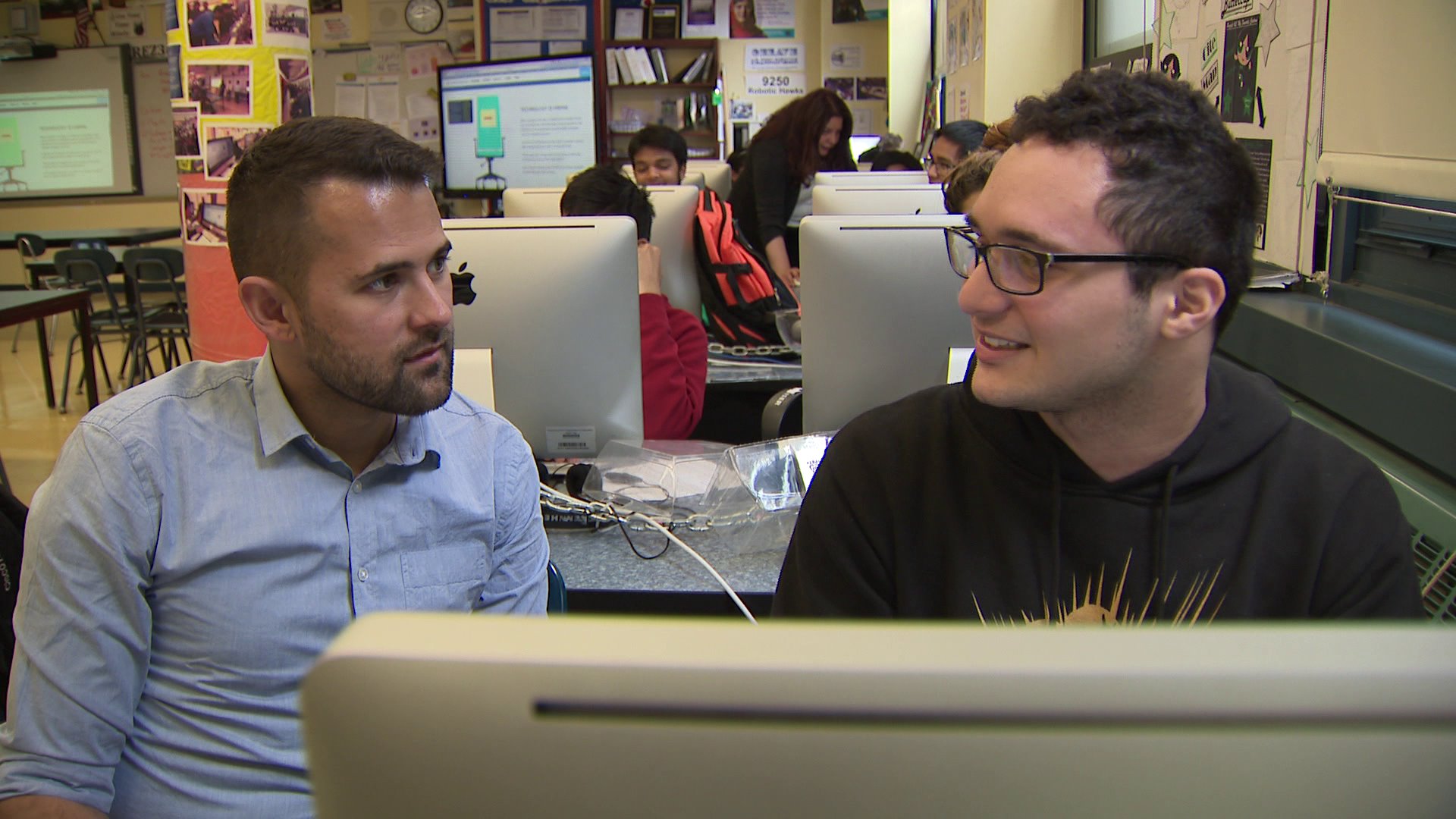 Michael Denton wants to give kids from different background the same access to computer science.

LONG ISLAND CITY, Queens — “I feel like I’m creating something," Samuel Bruno smiled. "There’s a lot of complex tedious work that goes into this.” Learning how to code has been a lifeline for 17-year-old Samuel Bruno. "This class was like a turning point in my life," he said. "It guided me out of the little maze that I made for myself." He’s a senior at the Informational Technology High School in Queens and he's hoping to make his parents proud. “They never went to college and the pressure of me being one of the only kids including my sister going to college is a bit much," he expressed.

The students here are taking part in free computer science courses sponsored by the nonprofit, Code/Interactive. “It’s imperative that every kid in this country learns some functional knowledge or at least has awareness around what computer science is and how it works," Michael Denton said. CEO Michael Denton has made it his mission to make sure people from different backgrounds have the same access.

“It’s lines of race, gender, income inequality, it’s a variety of folks in this world who are not getting access to computer science education," he explained. “We believe diversity only helps in the product development cycle.”

He’s been tinkering with technology since he was a kid. Denton grew up in Ohio, with his mother, who was an immigrant, and his father, a farm boy. “When and where I grew up there weren’t a lot of opportunities," he remembered. "[But] I was very fortunate to have uncles who were inspired by computers and gave me their graveyards of computers so at a very young age I was pulling machines apart, putting them back together.”

Now he’s helping underserved communities build bright futures. Since 2001, Code/Interactive has trained teachers, created curricula and supported students. "They gave me a whole curriculum, class work, homework, lesson plans, I feel like where have they been all my life,"Miss Luna Ramirez, teacher, said. "It makes my work easier, it make me happier and ultimately, my students learn better." The progress speaks for itself. “[We've had] a 25,000 percent growth in programming, I mean that number to me sounds astronomical but it’s real," Denton said. "We’ve gone from serving 20 kids in a small community center in the Bronx to serving kids through 125 teachers in six states across the country.”

Denton was recently named one of Observer’s most significant young philanthropists but his biggest source of pride comes from the kids. “My favorite part about working with the students that we get to and giving them computer science education is this recognizable confidence that our kids get combined with a very unique approach to problem solving," he smiled.

Kids like Samuel, who found a new sense of self and purpose, which he hopes will one day lead to a career. “My real dream is to find a dream and hopefully find the one job really want to enjoy," Bruno smiled.