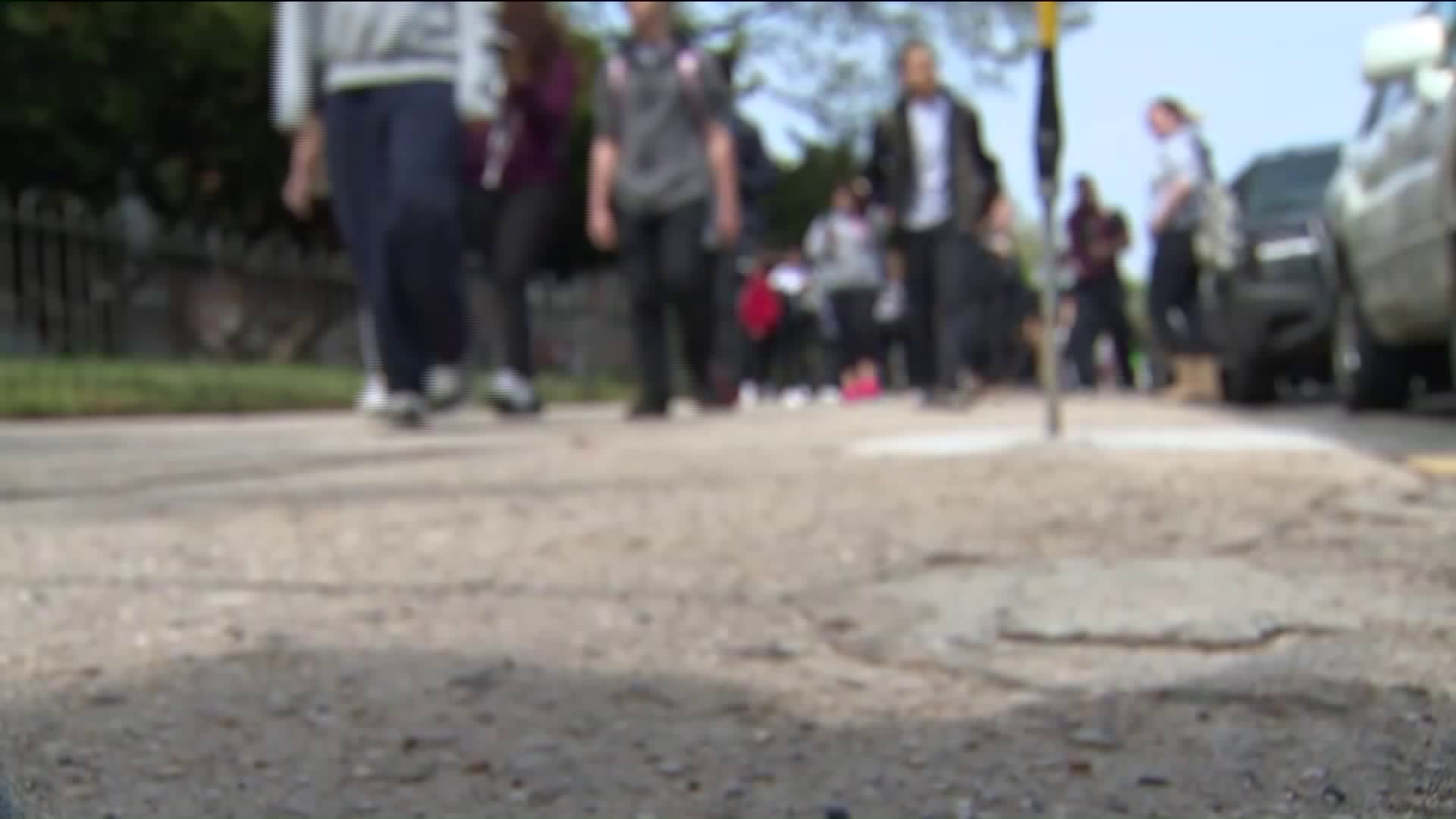 Parents were concerned as well.

BAYONNE, N.J. — Bayonne Mayor Jimmy Davis had a candid assessment to students not showing up to class today at Bayonne High School and opting to protest on city streets.

"I think it's ridiculous that it got to this point and as adults we should all be embarrassed that our students had to come out here today and point the finger at us and say what is going on with our education," Mayor Davis said.

The Mayor understood why the students were protesting the cost-costing employment measures signed off by the school board on Wednesday night.

However Mayor Davis had issues with the board that he says has seen its debt skyrocket of late, "When it started it was $2.1 million dollars. Now we are somewhere probably between 9 and 15 million."

On Wednesday night, nearly 300 teachers and administrators lost their jobs. A plan to eliminate their employment was pushed by the board to help recoup millions. The decision was met with hundreds of high school students protesting along the streets of Bayonne for most of the Thursday morning, with Mayor Davis offering up the following to the developments by the board,"I'm aghast. What are we doing here? It's 2017 and we are going to put 40 kids in a classroom?"

He was not alone. Parents were concerned as well.

Judy Ocasio telling PIX11 News, "287 teachers lost their jobs. Most of them are probably better teachers who care about their students. It's just not fair to the students who actually come to school to learn something."

For the students this was a classic lesson from the school of hard knocks. When asked what this has taught him about the real world, 18-year-old Elmer Beltran simply said, The real world... its cruel."

Although the school board operates as its own operation that the city funds, Mayor Davis says he is going get involved with the operations of the school board moving forward, "You raise your money through me raising taxes to give you the money. So from here on in, you are going to tell me what is going on."

It should be noted that state auditors have been probing the books of the school board since earlier this month.