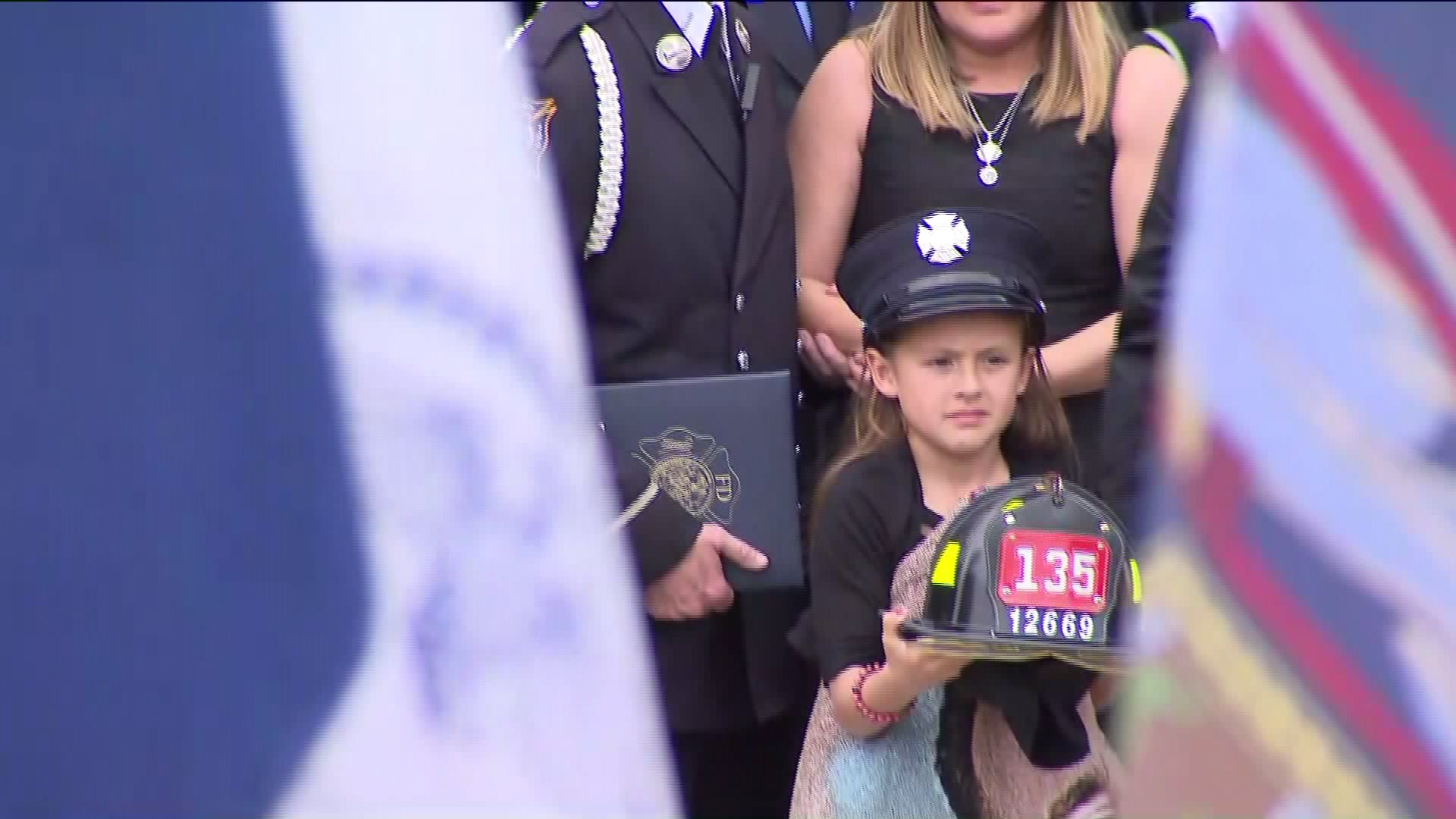 BETHPAGE, N.Y. — Family man, veteran firefighter and beloved band mate William Tolley was laid to rest Thursday, as hundreds gathered to honor him at a funeral in Bethpage.

“He now joins that list of heroes produced in our history,” FDNY Commissioner Daniel Nigro said.

Only a month after the department lost FDNY EMT Yadira Arroyo, the same somber pomp and circumstance will play out at his funeral on Long Island Thursday morning. It’s where Billy Tolley lived with his wife and their 8-year-old daughter, Bella.

“Bella and I and our entire family are trying to get through this together and we want to say thank you from the bottom of our hearts,” Marie Tolley said.

Tolley’s family stood bravely at his firehouse earlier this week, as the Tunnels to Tower foundation announced it would pay off his family’s mortgage. The non-profit founded after 9/11 helps families of fallen first responders – many of whom rushed to Lower Manhattan just like Tolley on the city’s darkest day.

Aside from his heroism, he helped start a popular heavy metal band with his friend.

“Half of my soul, or whatever, has been torn and I can’t fathom it,” said Chris Pervelis, co-founding member of Internal Bleeding.

No one who knew him can.

“He had something to offer,” FDNY Captain Rich Blasi said. “We’re at a loss for Billy.”