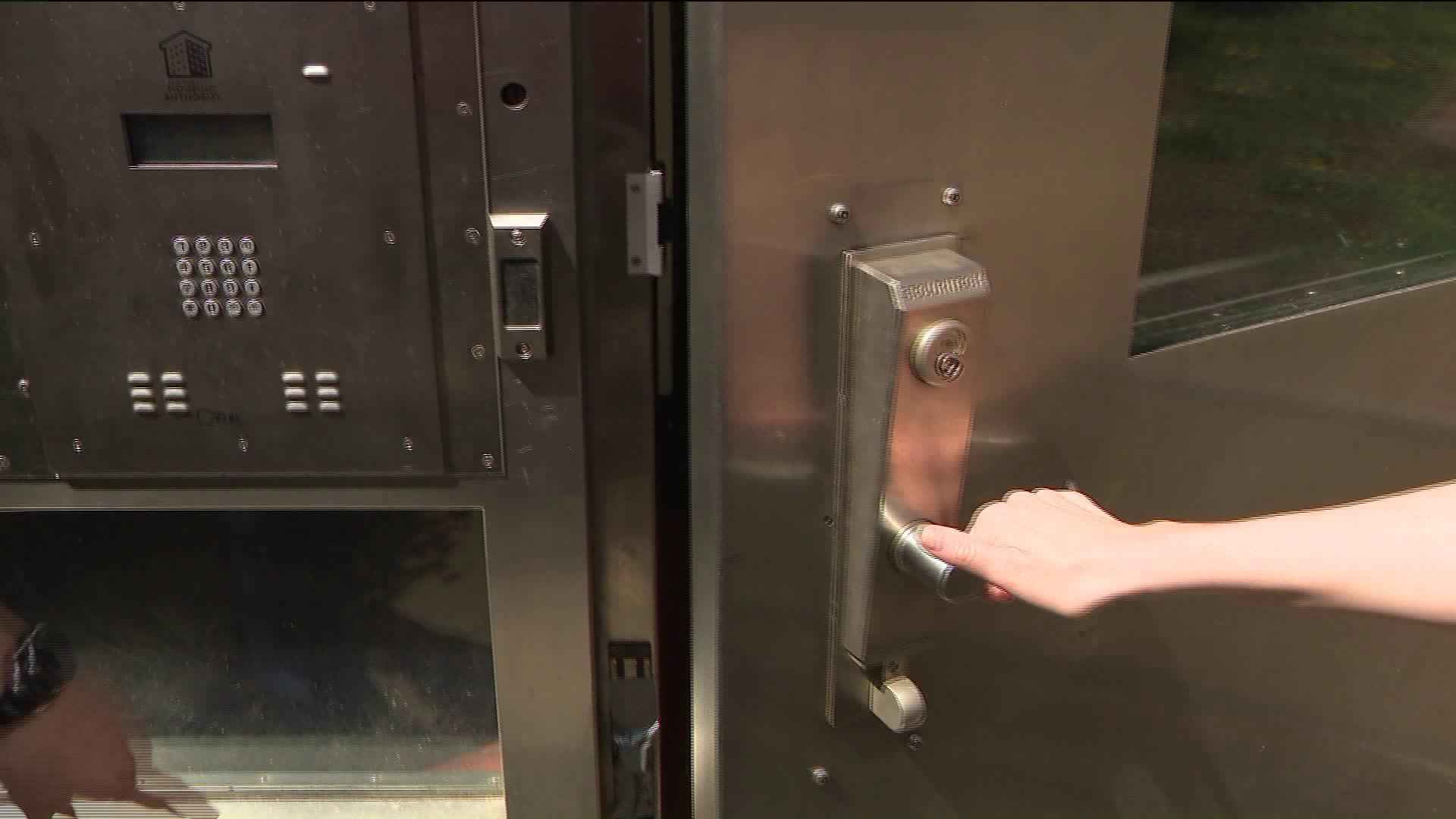 The front door has been broken for months and residents claim NYCHA hasn`t helped.

EAST NEW YORK, Brooklyn — Pablo and Elizabeth Jimenez, who have lived for over 20 years on Jerome Street in East New York, fear for their lives over a broken front door.

Their building's front door, which is computerized, has been broken since February, according to Jimenez.

PIX11 News saw the door was unlocked and being kept open with a piece of duct tape.

"It's a safety hazard. Look at the bullet holes on the door. It's just not safe," said Jimenez.

Jimenez has called 311 and complained to the Housing Authority more than half a dozen times. Jimenez says nothing has been done.

A New York City Housing Authority Spokesperson says, "There is nothing more important than the safety of our residents. NYCHA is committed to providing safe homes for the entire NYCHA community. Staff is on site now securing the door and working urgently to find a long term solution to prevent further problems.”

If you have a problem reach out to Monica Morales on Facebook at https://m.facebook.com/monicamoralestv/