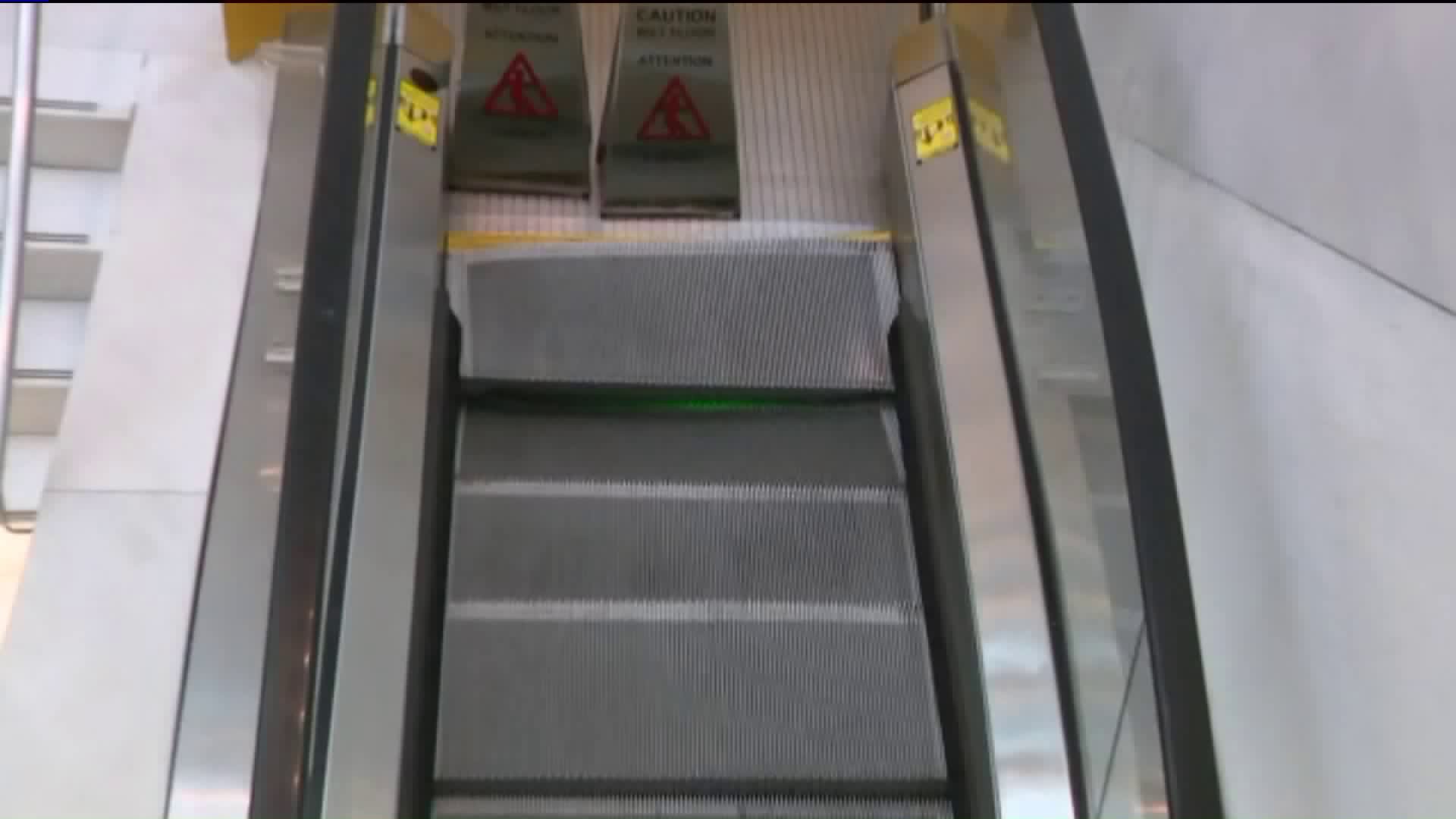 Two men were injured when an escalator at the World Trade Center Transportation Hub Oculus buckled early Thursday, according to Port Authority.

Two men were on the escalator at the time, and sustained minor injuries in the incident, according to the Port Authority.

They were able to walk themselves out of the hub and wait for an ambulance to transport them to the hospital, Port Authority officials say.

The incident was reported as a trauma call at Greenwich and Fulton streets, FDNY says.

The damaged escalator has been shut down, but the surrounding area remains open.

Travelers entering the hub through the Greenwich Street entrance can use an adjacent escalator to access lower levels of the Oculus, Port Authority says.

The Port Authority Police Department and World Trade Center Operations are in charge of investigating the incident.